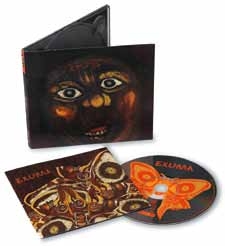 In 1970, decades before ‘World Music’ became a music biz trade term, a New York based seven-piece ensemble called Exuma caused an international stir. The superb debut album of this multiracial outfit from the West Indies and the Bahamas, fronted by singer Tony ‘The Obeah Man’ McKay, is now available for the very first time on CD. At the time, their magnificently rhythmic sound fell on fertile grounds, notably in Europe, where Exuma (‘the ghost of water and air’) became a cult item. Take a chance on this one and explore 40 minutes of sounds from another hemisphere.