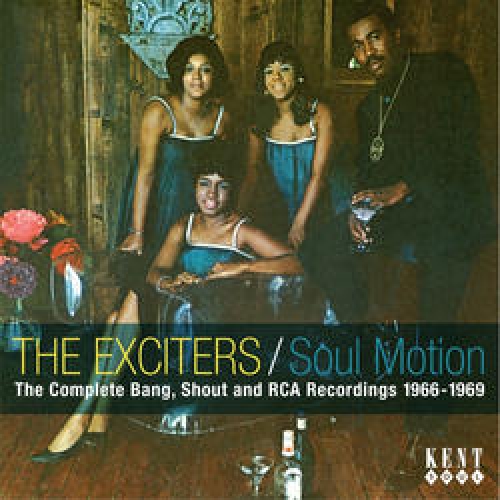 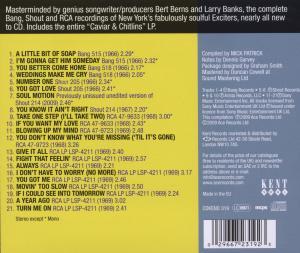 Bewertung:
lieferbar innerhalb einer Woche
(soweit verfügbar beim Lieferanten)
EUR 14,99*
Versandkosten
Some of the most distinctive female voices of the 1960s were captured on tape in New York studios: Arlene Smith of the Chantels, Dionne Warwick, Cissy Houston, Ronnie Spector – you know instantly when you're hearing these women. Add to that list Brenda Reid, whose great soul shout fronted the Exciters.

To be a singer was the girlhood dream of Lillian Walker. In her teens she started several groups with her friend Sylvia Wilbur, but the other girls involved just didn't last the course. Then Brenda came along. With the addition of Carol Johnson and Herb Rooney the group was complete. After a 45 as the Masterettes in early 1962, Sylvia left and the group came to the attention of Leiber & Stoller, who renamed the group the Exciters. Their first single – the Bert Berns-written ‘Tell Him’, released on United Artists – became a huge hit, but their follow-ups didn't achieve the same success, not even their fabulous original version of ‘Do-Wah-Diddy’.

Their Exciters great live reputation led to them touring with the Beatles. There are wonderful stories of that period from Brenda and Lillian in Dennis Garvey’s superlative notes, along with recollections of a “potty mouthed” Little Richard in Times Square and Brenda's later visits to the UK, where she played the legendary Northern soul venue the Wigan Casino.

Signing with Roulette Records in 1964, the group again failed to hit despite being reunited with Bert Berns. They were then signed directly by him, which is where this collection begins, with the eight fabulous sides they recorded for his Bang and Shout labels – including ‘You Better Come Home’, ‘Weddings Make Me Cry’, ‘Number One’ and (in un-faded form) ‘Soul Motion’ – all beloved by both girl group and soul fans and all making their CD debut here. In fact only two of the tracks on this collection have ever been issued on CD before.

Bert Berns’ sudden death in 1967 affected the Exciters as it did many of his musical beneficiaries, but they hooked up with producer Larry Banks at RCA the next year. The sides they recorded there are all also here, including the entire “Caviar & Chitlins” album, which has long been held in high regard by soul fans, containing as it does the huge northern soul anthem ‘Blowing Up My Mind’ and the lesser-known and equally great dancer ‘Movin’ Too Slow’. Post-RCA, the Exciters released one more LP and a 45, following which Lillian and Carol retired. Brenda and Herb kept the group name alive for a handful of singles and a further album.

The Exciters are one of the defining groups of the 60s. Their career spanned the Brill Building girl group era through the soul sounds of the late 60s to 70s disco, Brenda's voice transcending it all. (Her son Cory is better known as the successful producer and music biz executive Mark C. Rooney. I suspect he's as proud of her as she is of him.) This CD shows just how talented they were. Treat yourself to some exciting soul motion and get it. By Simon White