Eric Burdon & The Animals: Winds Of Change / The Twain Shall Meet 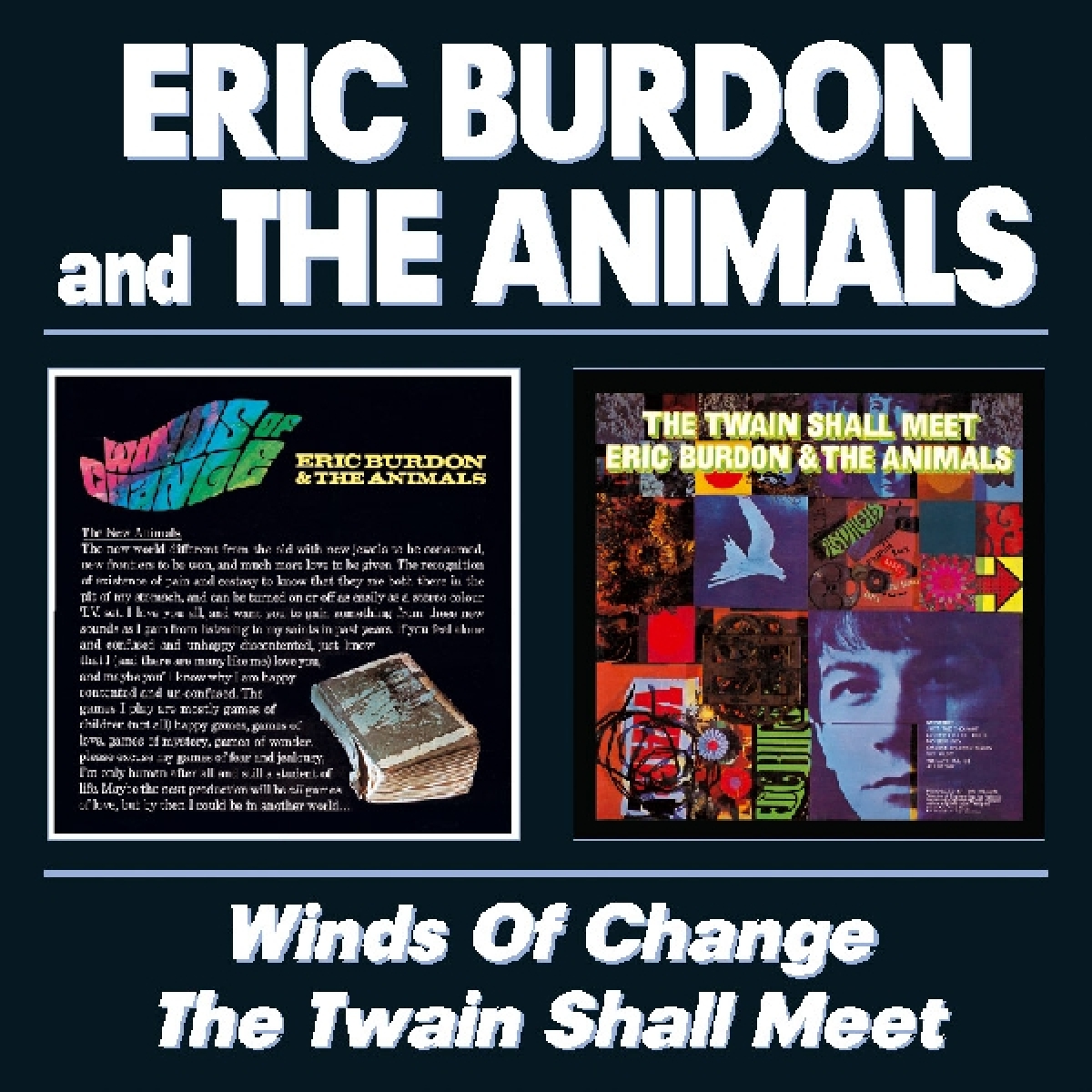 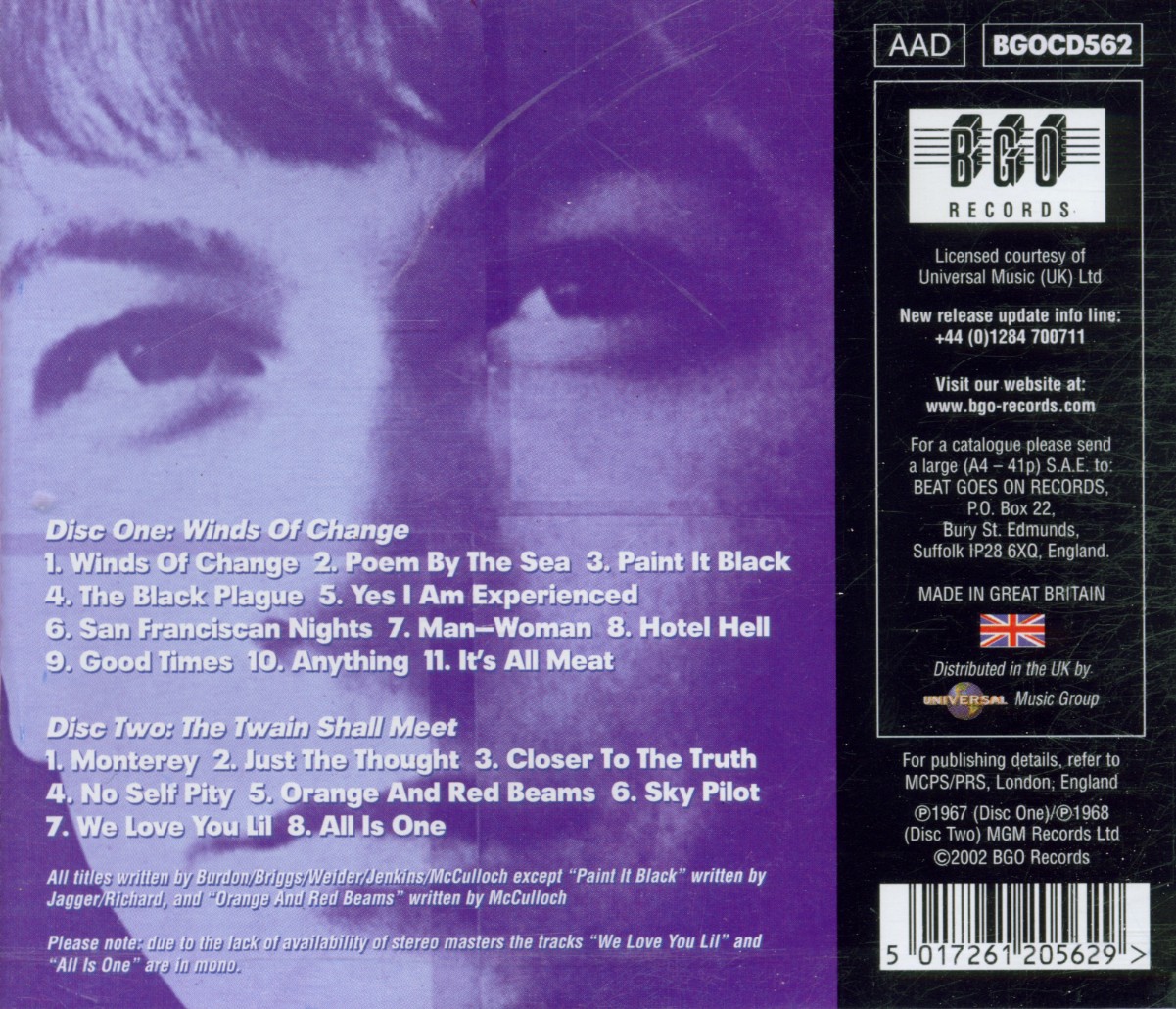 Eric Burdon's life has been a musical journey matched by few others in rock music history. He has gone from the driving force of the grittiest British Invasion band to pioneering the San Francisco psychedelic rock scene, to fronting the funk band WAR, to coming full circle and reuniting his original band, The Animals, for a series of projects and a world-wide tour, to forming a new group of 'Animals' and releasing a series of live CDs and a recent DVD concert.
Burdon's lengthy recording career began in Newcastle, where he first covered songs by his idols, who were greats such as John Lee Hooker and Ray Charles. He and The Animals quickly gained notoriety as England's best R&B band, and were the feature of Radio Caroline's first broadcast to the US. They went on to appear with such luminaries as Sonny Boy Williamson, Jerry Lee Lewis and Gene Vincent, and took the music world by storm with their electrified version of the folk number 'House Of the Rising Sun'. They followed this up with other classics such as 'Don't Let Me Be Misunderstood' and 'We Gotta Get Out Of This Place'.