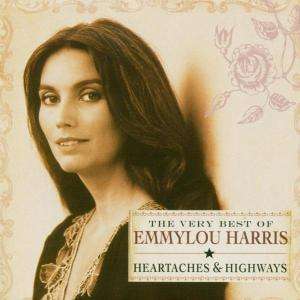 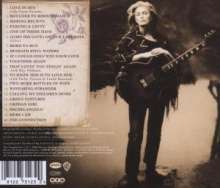 Emmylou Harris
Duets
CD
EUR 10,99*
This first-ever comprehensive single-disc collection spans Emmylou's career with 20 tracks, including the brand-new recording "The Connection." Includes the #1 country singles "Together Again" and "Two More Bottles Of Wine," as well as her Grammy-winning duet with Roy Orbison, "That Lovin' You Feelin' Again," and "To Know Him Is To Love Him," with Dolly Parton and Linda Ronstadt, from their #1 country album Trio.

Gorgeous-voiced Emmylou Harris' three-decade journey as an interpreter and distinctive stylist has resulted in some of the most satisfying sounds in contemporary music. Indeed, Harris has mastered the depth and breadth of the American roots songbook like no other artist. Born in Alabama in 1947 and raised in Virginia, she was "discovered" by members of The Flying Burrito Brothers, who saw her perform in a Washington, D. C. club. They hooked her up with soon-to-be ex-Burrito Brother Gram Parsons, who hired her to sing on his first solo album, GP, in 1972, and his follow-up, Grievous Angel, the following year. Since then, Harrris has evolved from duet partner to keeper of the flame, from sweetheart of the rodeo to bluegrass champion to alt-country godmother. (emmylouharris. com)