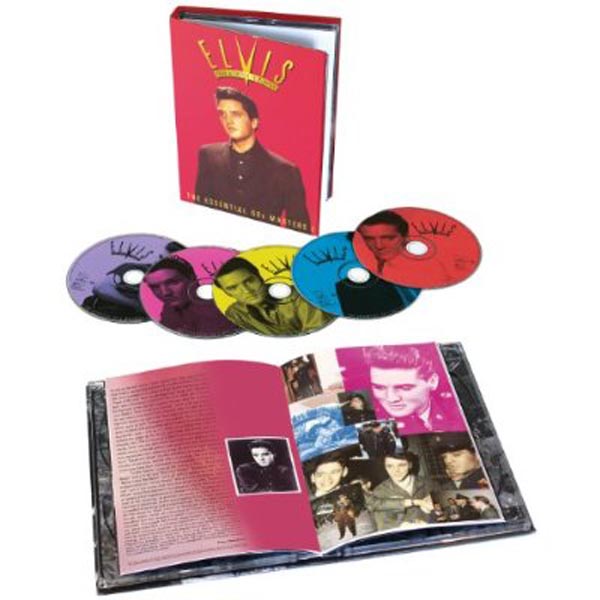 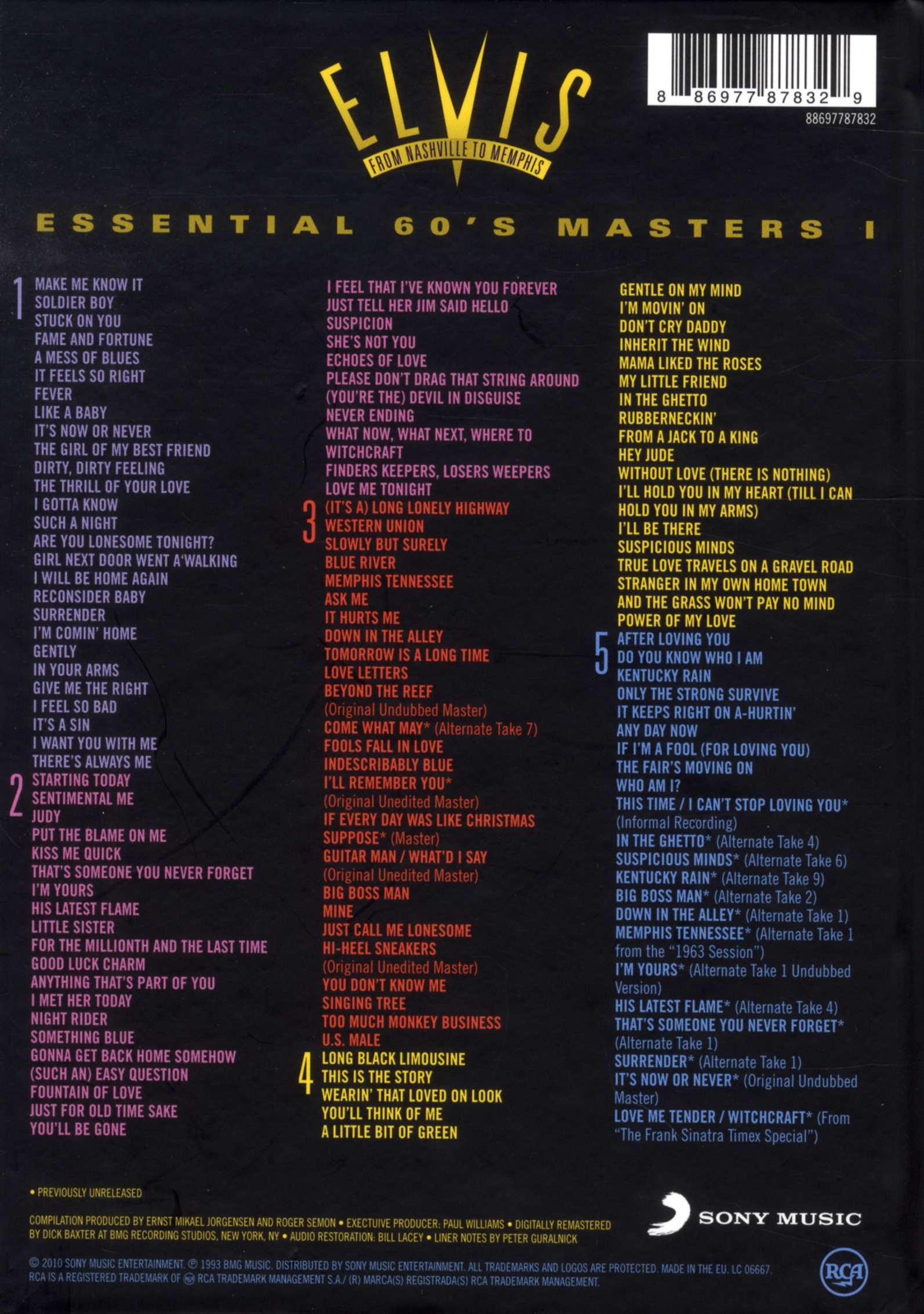 "During the 1960's Elvis Presley produced a lot of good material, but some not so good as well. From Nashville To Memphis: The Essential 60's Masters, which covers 5 CD's and 130 tracks, gathers most of his superior material and fortunately ignores a great deal of the inferior. Mercifully, the soundtrack material to his movies is left off except for those songs issued as 45's. On the especially negative side, all of his superior gospel material is also not included. Elvis rarely, if ever, recorded a poor sacred song and their absence here reduces the overall quality of this set.

His best albums from the period - Pot Luck, Elvis Is Back, and Something For Everybody -- are presented in their entireties. Even better, RCA has done a good job remastering these tracks (from their original sources) as the sound is pristine.

The real heart of this massive release is Elvis' sixties singles. While his albums became somewhat spotty as the 1960's progressed, his single releases were consistently brilliant. From the great 'U. S. Male' to 'In The Ghetto' to 'Kentucky Rain' to 'Suspicious Minds', these particular two discs are wonderful. They are presented in chronological order so Elvis' musical progression in this era can be followed and appreciated." (elvis. com. au)