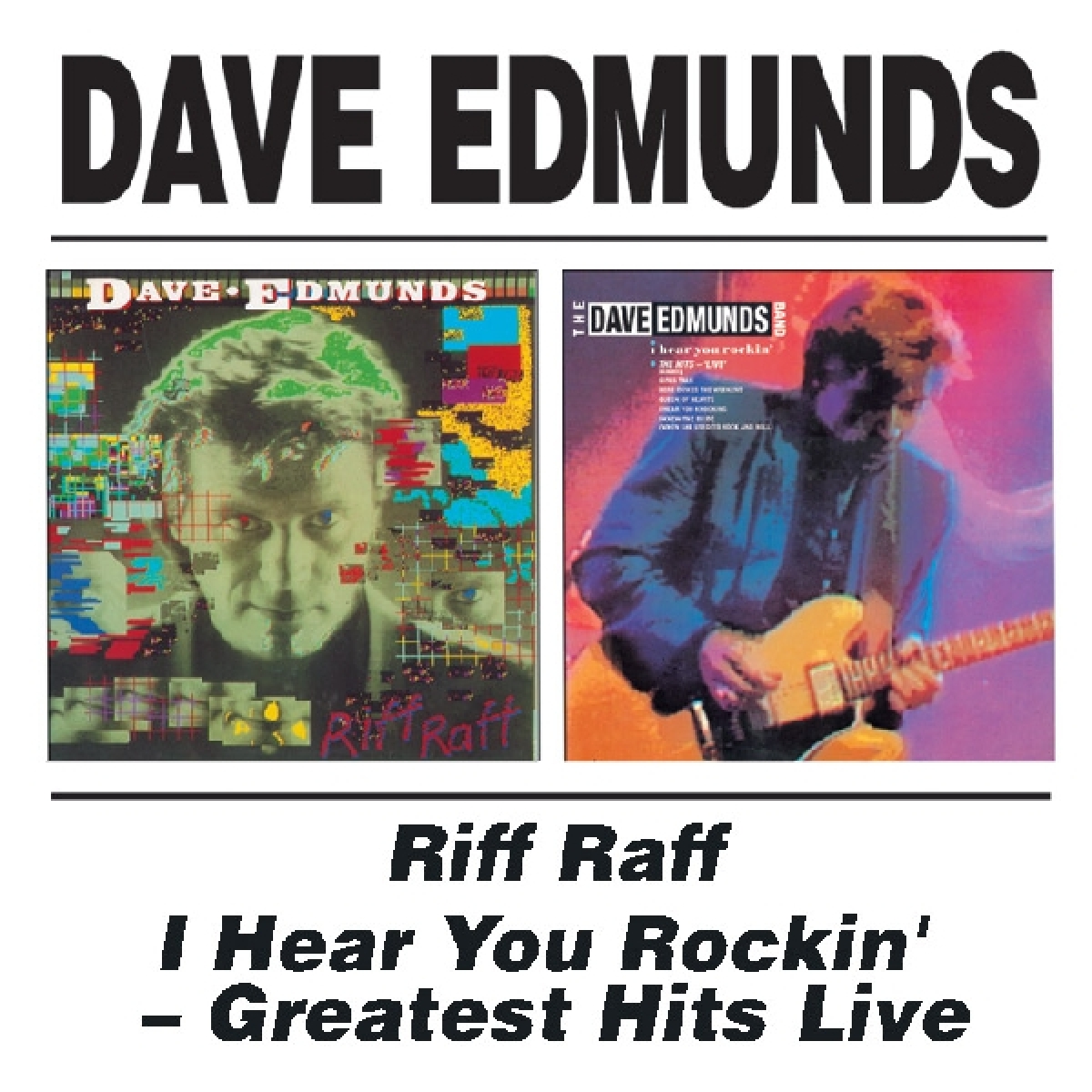 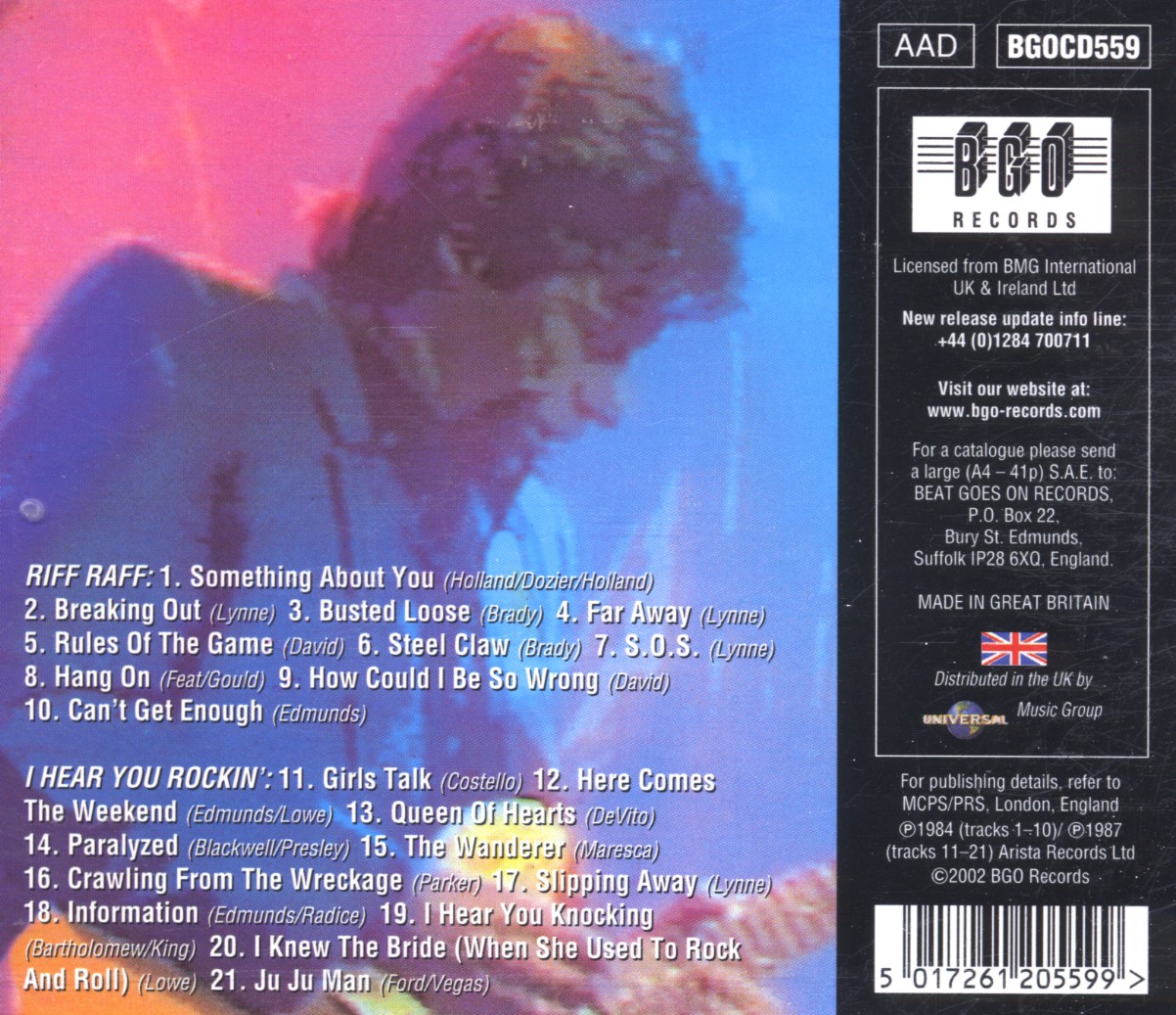 Riff Raff features the talents of (as well as Dave) Jeff Lynne of ELO fame, Terry Williams of Dire Straits and Man fame, and Paul Jones of The Blues Band and Manfred Mann fame I Hear You Rockin features The Dave Edmunds Band including guitarist Mickey Gee from the Love Sculpture days.
It was recorded live at Roseland in New York City, The Venue in London and The Capitol Theatre, Passiac in New Jersey, and features virtually all of the big hits as the title would suggest Jeff Lynne, as well as playing on the album, produces six tracks and wrote three:
S.O.S., Breaking Out and Far Away Apart from the titles written by Lynne, the tracks on the album which also caused interest were Busted Loose and Steel Claw, both the work of Paul Brady