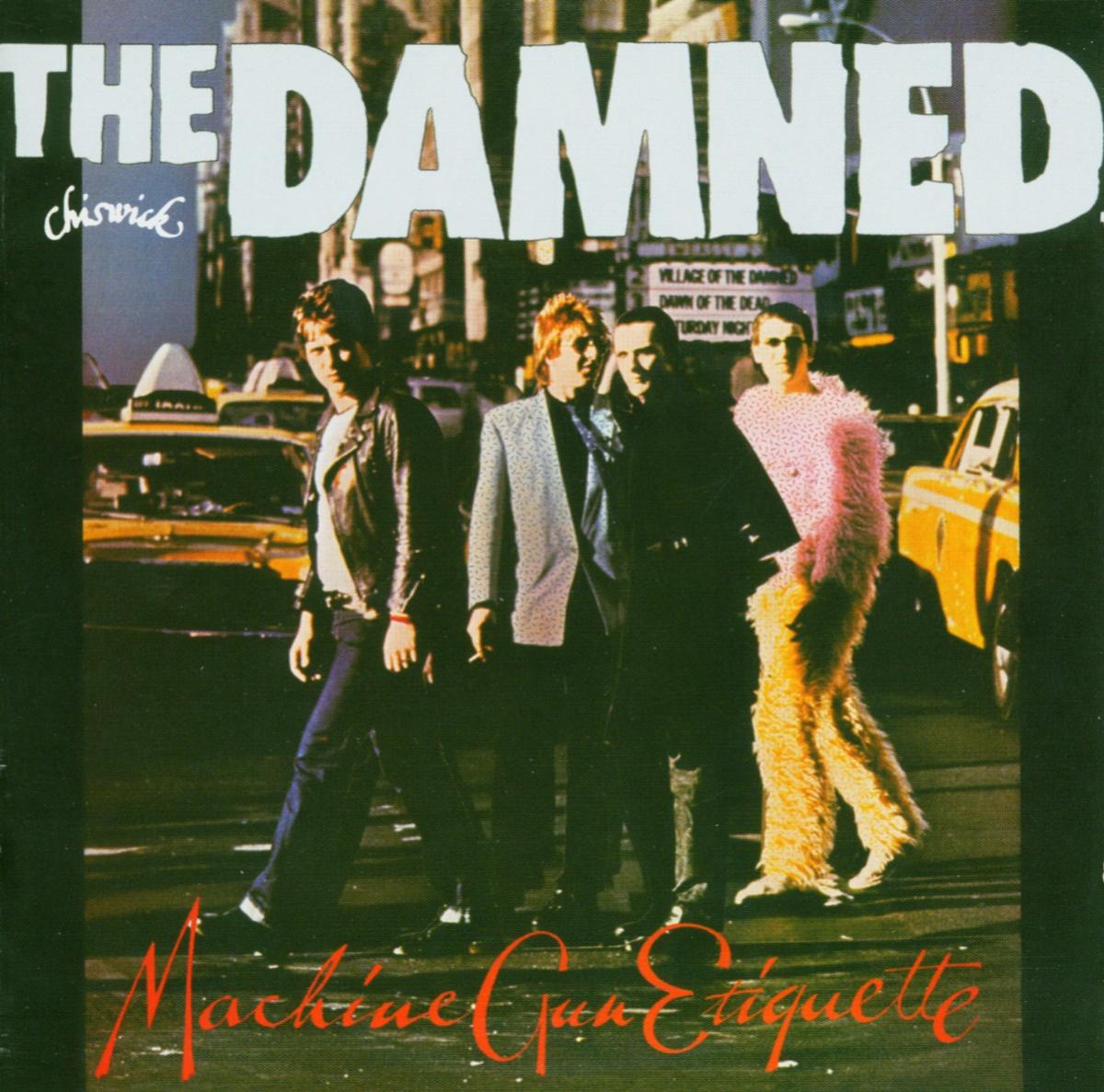 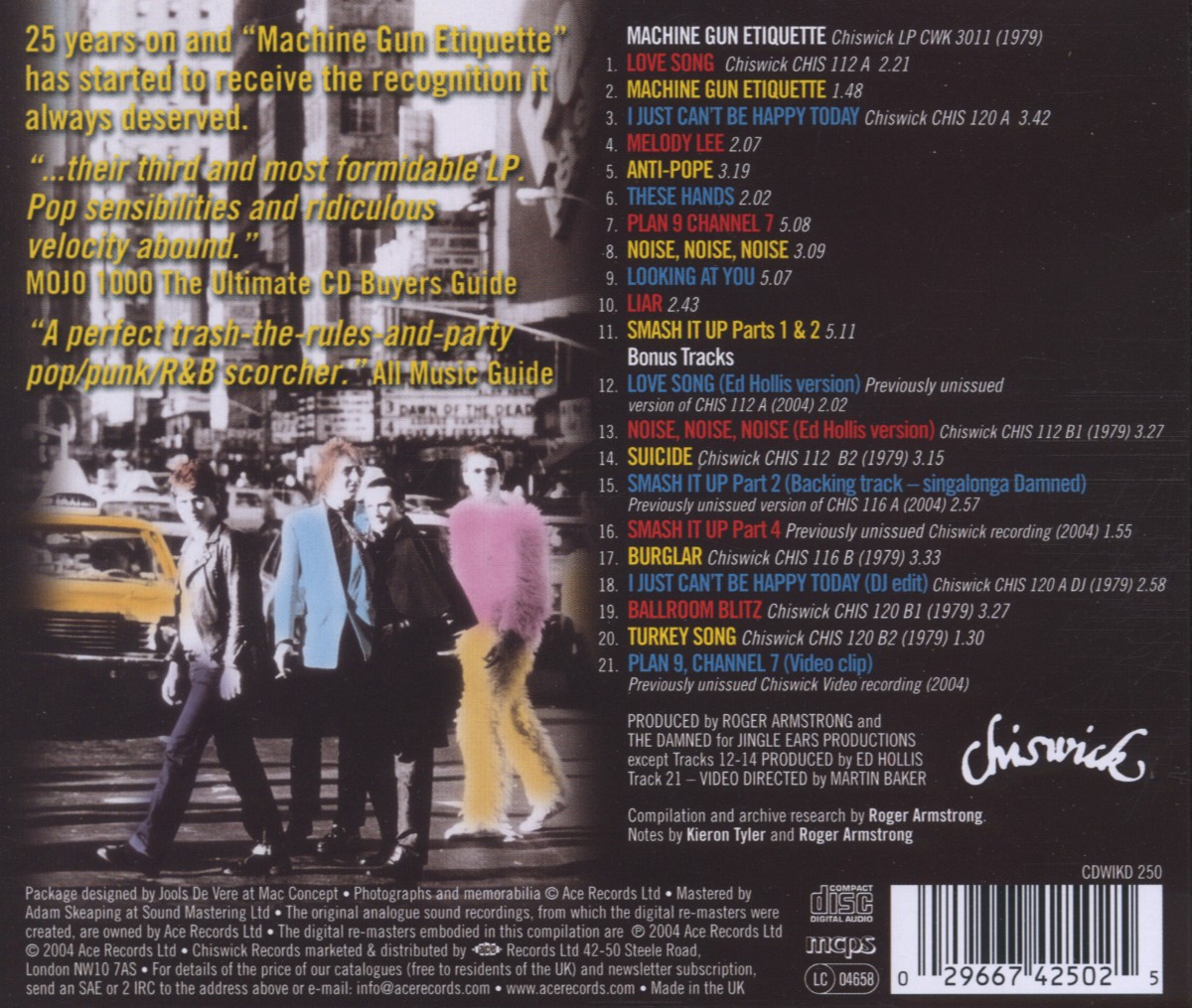 Bewertung:
lieferbar innerhalb einer Woche
(soweit verfügbar beim Lieferanten)
EUR 15,99*
Versandkosten
Formed in 1976, the Damned were Britain's first punk rock band. By 1979 they had managed to disintegrate and re-assemble, way before it was fashionable. By then punk rock and its neater sibling, new wave, were regularly producing real hits in the UK and the Damned were no exception, with three hit singles drawn from the MACHINE GUN ETIQUETTE LP released that year.

The new version of the band that emerged in 1979 had Rat Scabies and Dave Vanian on drums and vocals as before, but Captain Sensible had switched to guitar with Algy Ward coming in on bass. They had improved immeasurably as a band, though the challenging personalities had been thankfully retained. In the Stalinist world of punk rock, the Damned stood out as dissidents, refusing to toe the party line from the off. They couldn't restrict themselves to a few power chords and a steady 4 / 4 alleviated.

by the occasional reggae off-beat. They didn't wear the bondage and Oxfam jacket regulation outfits. And they had a sharp, if at times brutal, sense of humour. The Commissariat didn't take to them much at all. However their engaging personalities and jolly japes endeared them to their fellow punk rockers. They were great fun (mostly) and live were monstrously good, attracting a loyal and enthusiastic following that endures to this day.

So anyway, they had broken up and reformed under the managerial eye of Rick Rogers, then the Chiswick Press Officer. After some tentative shows as the Doomed, with Lemmy on bass, they reverted to the Damned and issued the Dodgy Demo. As it name implies this was a demo cut of Love Song and it came out as a white label 45 pressing with a sticker over the hole in the middle as the label copy. They were playing the Lyceum one night and it was heaving. The Chiswick directors were all there, including Trevor Churchill for whom the term punk rocker was as inappropriate as it could possibly be. However he did see a couple of thousand people who would buy a Damned record, so it seemed reasonable that we sign them up. The rest is history or hysterics depending on where you were at the time.

Love Song charted and two Top of The Pops appearances ensued, but then Smash It Up was banned by the Beeb for fear of inciting revolution. I Just Can't Be Happy restored the balance a bit, and produced another TOTP appearance, but some momentum had been lost and so it was time to move on: but more of that next year.

For this silver anniversary edition of MGE I have added all of the single B-sides none of which were on the original LP. Also there are alternative versions of all three A-sides and finally the video clip for Plan 9, Channel 7. It is such a complete album that I didn't want to clutter it up with demos and out-takes. Maybe they'll appear elsewhere someday.

The Damned
Black Is the Night: The Definitive Anthology
2 CDs
EUR 8,99*