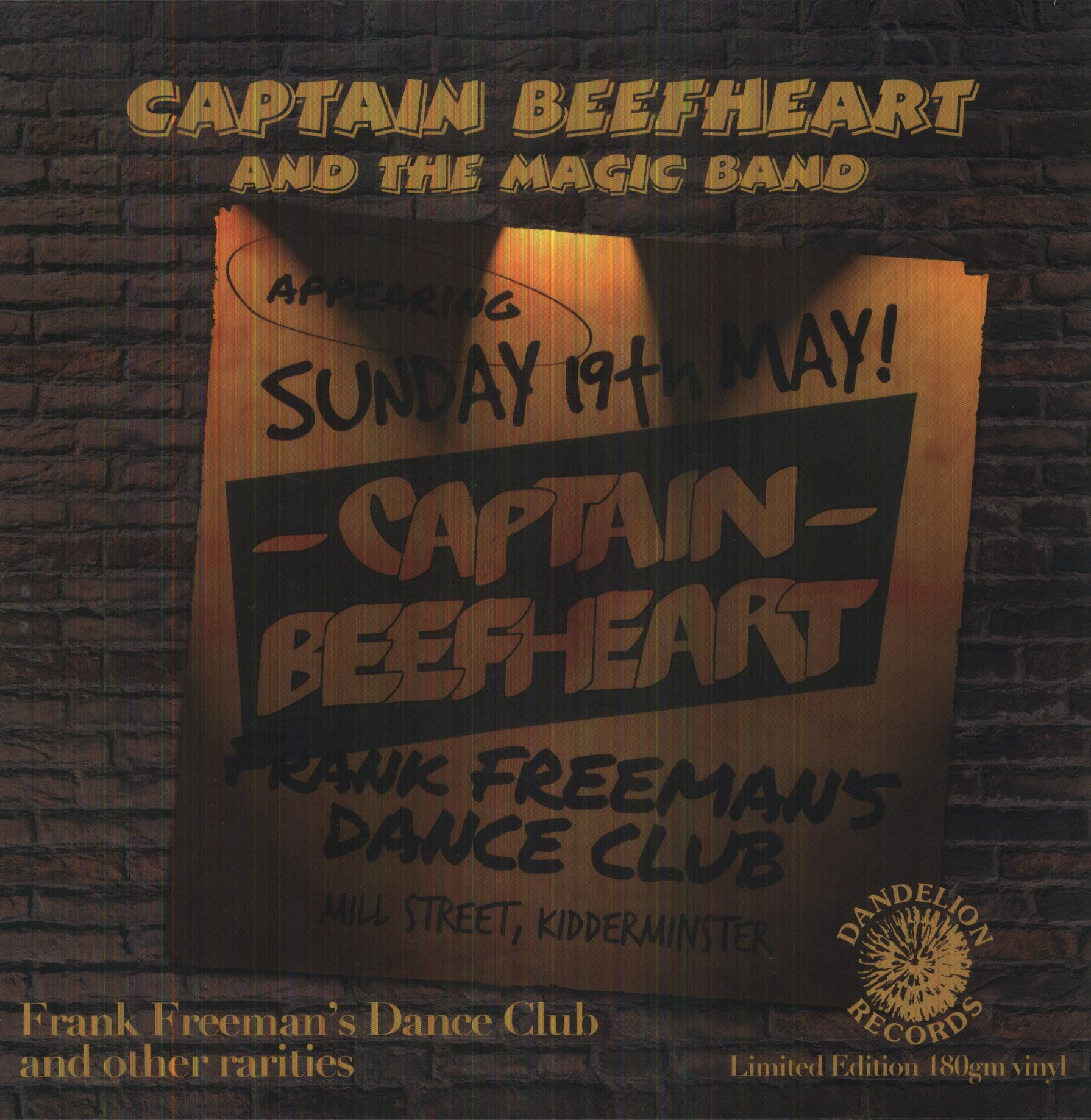 One of the highlights of Captain Beefheart's 1968 tour of the UKwas the concert at Frank Freeman's Dance Club in Kidderminster. Fortunately legendary DJ John Peel brought his tape recorder and recorded four brilliant numbers from the show which appear on this album along with four other tracks from that era. Pride of place on the front cover of the LP goes to one of the recently discovered 1968 screen printed posters for the Frank Freeman's Beefheart show. With Beefheart coming from a country where band names like Quicksilver Messenger Service and Commander Cody and his Lost Planet Airmen were de rigeur, when Peel told Captain Beefheart he was driving him to a concert venue in Kidderminster called Frank Freeman's Dance Club , Beefheart said "What a groovy name" thinking it was in the same hippy west coast vibe as the aforementioned bands. Peel explained it wasn't a groovy name but simply a Dance Club run by Frank Freeman.