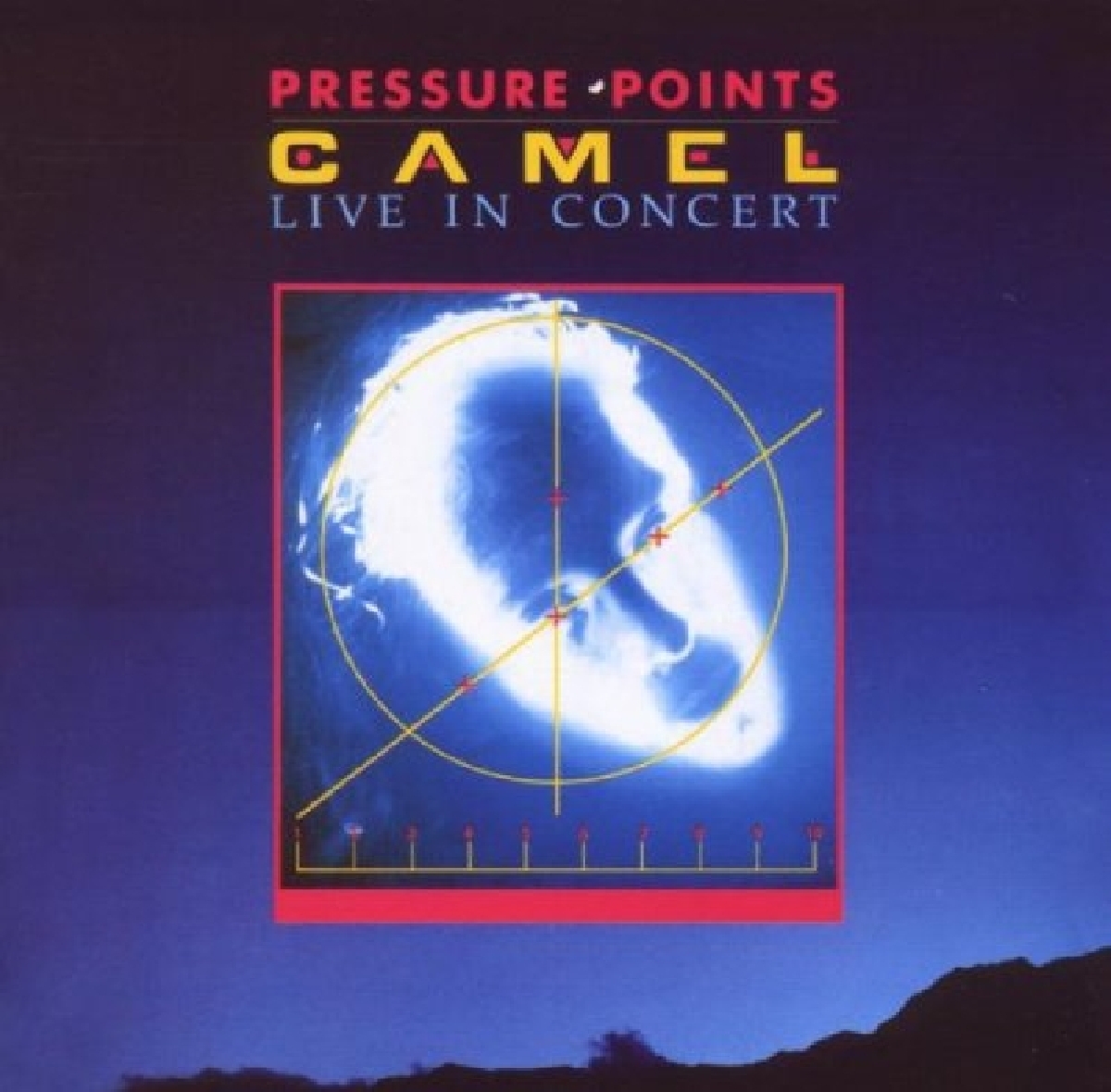 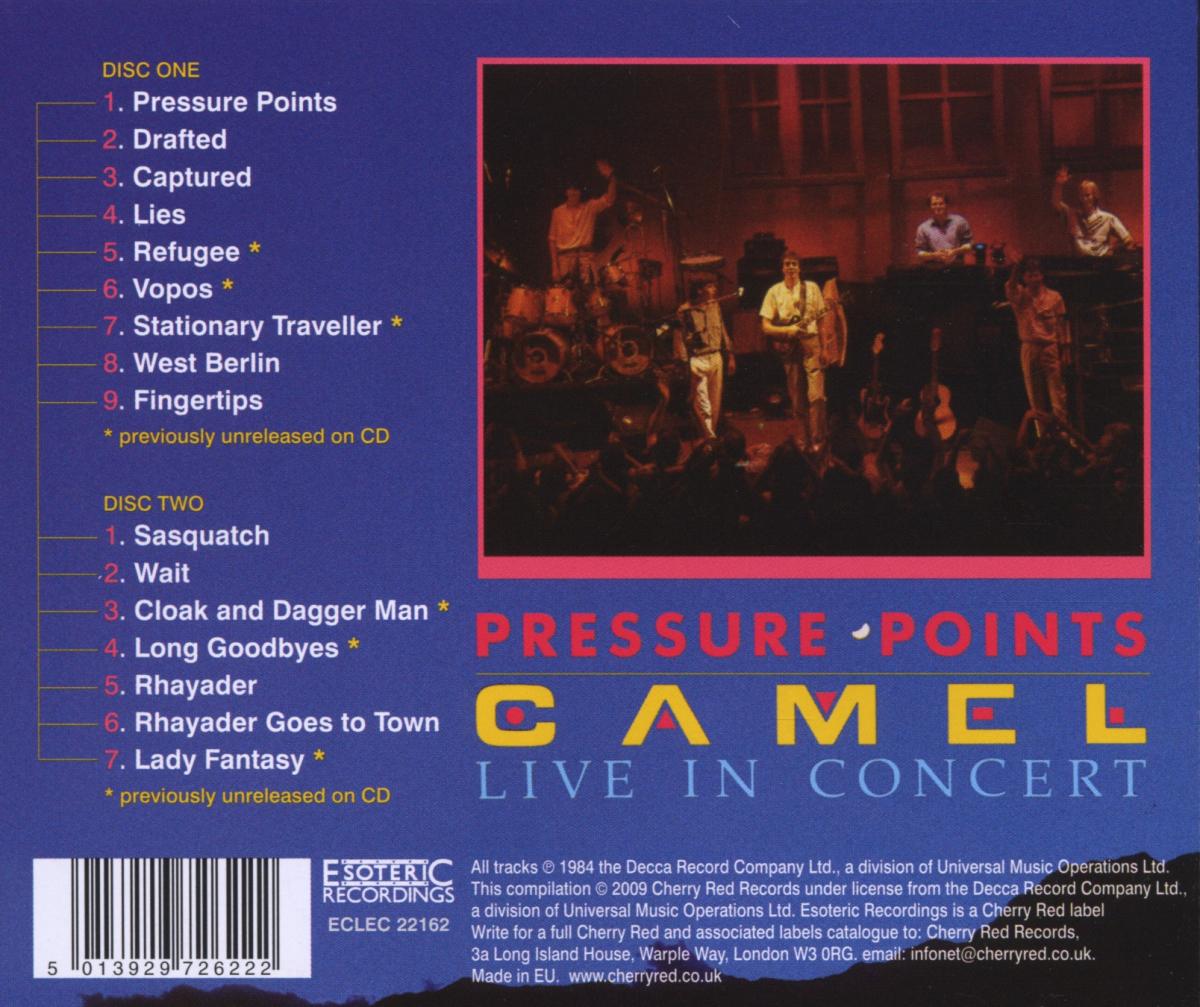 Unlike many bands whose careers had begun in the 1970s, CAMEL continued to enjoy much success in the 1980s, producing fine studio albums such as Stationary Traveller. Although destined to be Camel's final studio album for Decca Records, it was a fine effort. The subsequent tour to promote the album was equally memorable and was captured by Decca at Hammersmith Odeon on 11th May 1984 and released as the album Pressure Points later that year. The concert saw CAMEL joined by former member PETER BARDENS for certain songs during the set, including a rousing version of Lady Fantasy, not featured on the original album.

Long unavailable on CD, this newly remastered Esoteric Recordings reissue has been expanded to a 2CD set to include songs not featured on the original album.