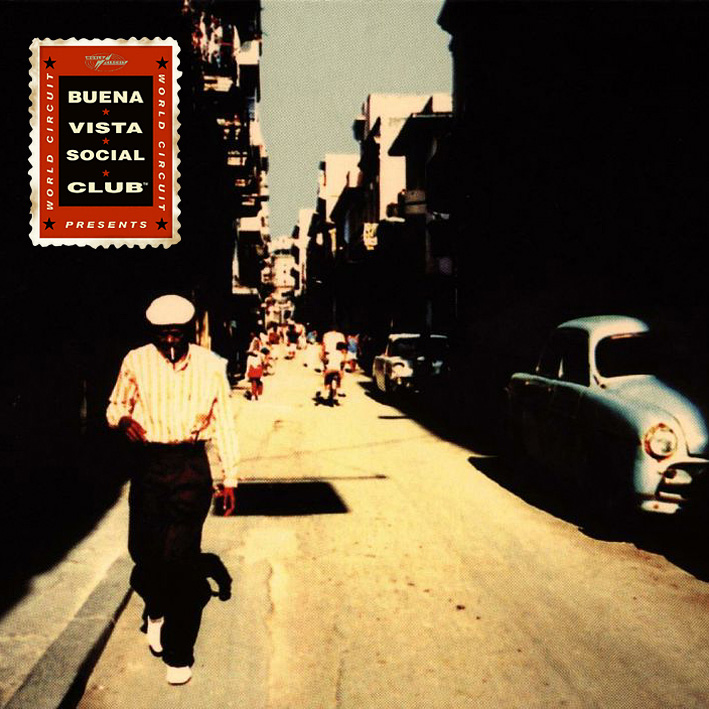 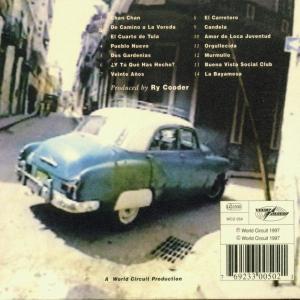 The original idea behind Buena Vista was to record a collaboration between a number of African and Cuban guitarists. World Circuit’s Nick Gold invited Ry Cooder to participate, having worked together before on Ali Farka Touré’s 1994 Grammy Award–winning Talking Timbuktu. Cooder replied within hours saying he would be there. The Africans failed to make the trip, but recording went ahead anyway.

"Buena Vista Social Club" is both the name given to this extraordinary pool of musicians and the album, recorded in just six days in Havana’s 1950s vintage Egrem studios. The album has an intimate, natural charm that comes from musicians totally at ease with other, sharing a deep passion and understanding for the music and playing a repertoire suggested by themselves. Arrangements and instrumentation were worked out during recording according to the feel of the individual songs, and the vast majority of the performances were recorded "live" in one or two takes.

The oldest musician on the album is the 89-year-old giant of Cuban music, guitarist and vocalist Compay Segundo. According to Cooder, “the whole album turned on Compay. He was the fulcrum, the pivot. He knew all the best songs and the way to do them. Well, he’s been doing them since World War One. ” Featured on vocals is 70-year-old Ibrahim Ferrer, a star from the 1950s who was literally called in off the streets on the first day of recording after years of musical inactivity. Also on vocals is the great bolero singer Omara Portuondo, whom Cooder calls “the Edith Piaf of Cuba. ” Omara happened to be in the studio lobby and Cooder invited her upstairs to record. On guitar and vocals is Eliades Ochoa, the great country musician who was flown in for these recordings from Santiago in the east of Cuba. On piano is the brilliant Rubén González, veteran of Arsenio Rodríguez’s early 1940s band whom Cooder describes as “the greatest piano soloist I have ever heard in my life. ”

These featured musicians are joined by a host of Cuba’s finest players, including Orlando "Cachaíto" López on bass, Manuel "Guajiro" Mirabal on trumpet, and the percussionists from the band Sierra Maestra.

The album includes a wide variety of Cuban styles, from the city sounds of Havana to the country style of Santiago, and the songs cover a range of the Island’s history from "La Bayamesa" written in 1869 to "Chan Chan," a contemporary composition by Compay Segundo.