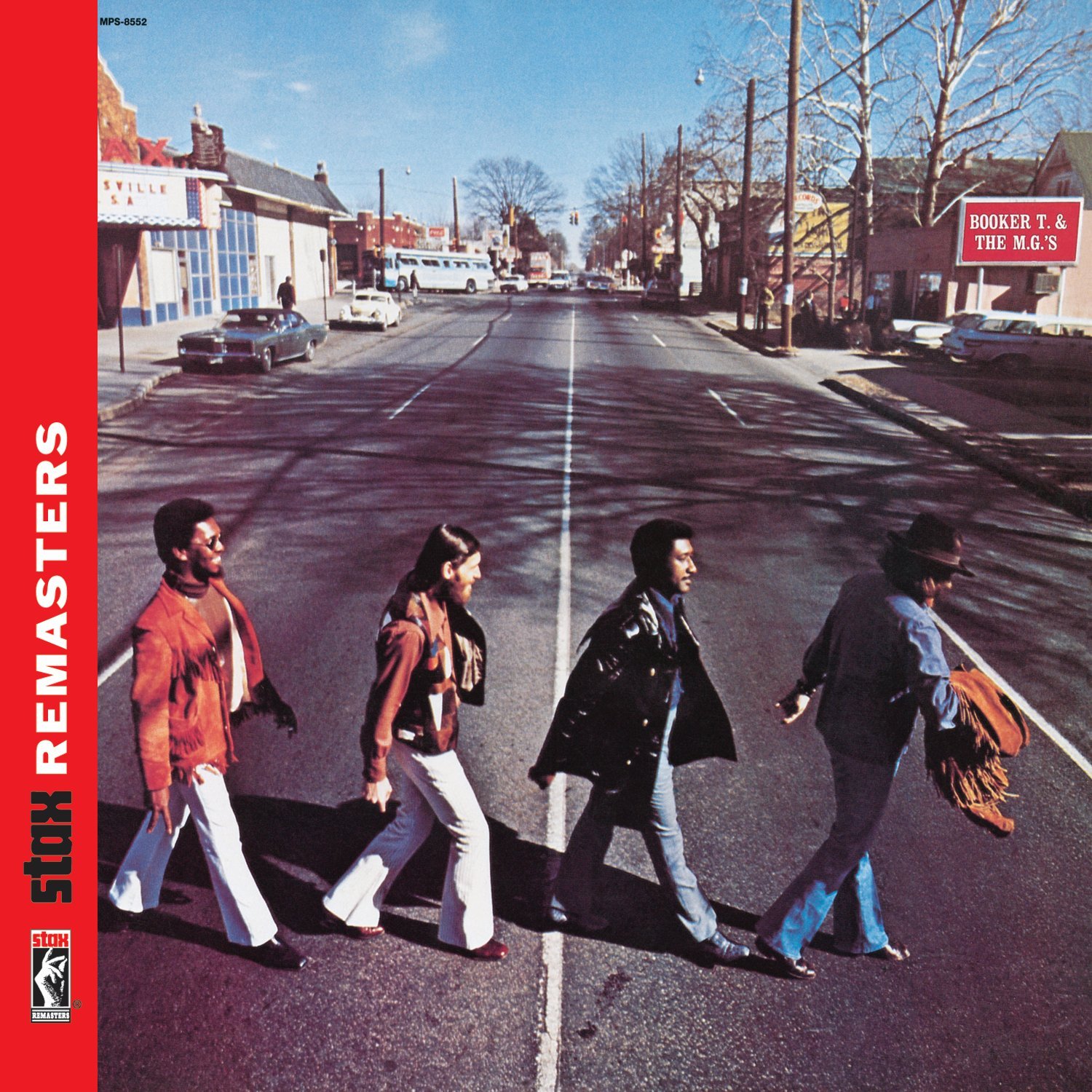 Released in January 1970, McLemore Avenue is a tribute to Abbey Road, the landmark recording released by the Beatles the prior summer. McLemore Avenue sets up an interesting cause-and-effect loop by putting an R&B spin on songs by a profoundly innovative British pop-rock band that, ironically, emerged years earlier from the most basic elements of American R&B.

McLemore Avenue was inspired by “my pure fascination and admiration of the work that [the Beatles] had done,” says keyboardist Booker T. Jones in the reissue liner notes by music historian Ashley Kahn. “I didn’t know their inner workings. I found out later. I had a picture of those guys as a perfect unit. I didn’t know that they fought, had arguments, or that they needed referees. When you listen to that music, you think it comes from a perfect union, you know?”

The tribute album “represents a fascinating and musically compelling intersection,” says Phillips. “On one hand, you can look at the strength of the Beatles’ songs, and how they’re such strong songs that they can be successfully adapted — in the right hands — to soulful instrumental versions. At the same time, it is of course a testament to Booker T. & the MGs’ creativity and soulfulness and groove. It’s not only a very interesting musical intersection, but it’s also a very deep and at the same time a very fun listen.”

Clearly, Booker T. & the MGs had had plenty of their own opportunities to flex their creative muscles in the studio, having recorded with artists like Otis Redding and Sam & Dave. “But on a record like this,” says Clough, “where all the songs were already written and it was just a matter of interpretation, it wasn’t work for them. It was an opportunity to put their spin on the songs and just have some fun.”

The bonus tracks include seven additional Beatles covers, recorded in sessions separate from those for the McLemore Avenue album. “We figured it made good sense to expand this edition by adding other tracks that Booker T. & the MGs had recorded of Beatles songs over the years,” says Phillips. “So the Stax Remasters reissue is not only an expanded edition of McLemore Avenue, it’s also a de facto ‘Booker T. & the MGs Play the Beatles’ collection.”