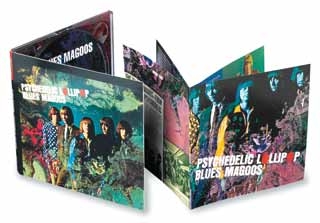 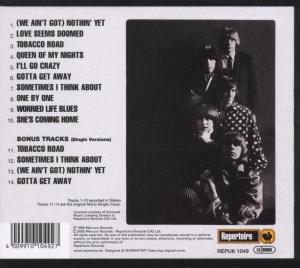 An innovative garage band from New York, who created a sensation on the Sixties’ psychedelic scene. Famed for wearing electric suits and setting up giant lava lamps on stage, the Blues Magoos also featured highly rated lead guitarist Mike Esposito. His playing is one of the highlights of ‘Psychedelic Lollipop’, their exciting debut album, released on Mercury in 1966. Esposito together with Emil ‘Peppy’ Thielman (vocals), Ralph Scala (organ), Ronnie Gilbert (bass) and Geoff Dakin (drums) make clever use of special effects and improvisation, notably on their freak out version of ‘Tobacco Road’, a highlight of their stage act. This is a wild album from a dynamic and eccentric band. Four bonus tracks are included and the comprehensive liner notes feature an interview with vocalist Peppy.