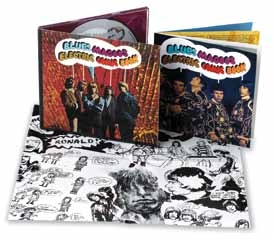 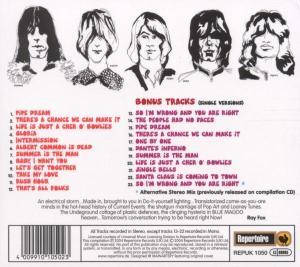 The Blues Magoos launched their recording career with the LP Psychedelic Lollipop. The equally impressive Electric Comic Book refines the band's mix of rock ’n’ roll and day-glo psychedelia. That punchy yet playful approach animates such distinctive numbers as “Pipe Dream,” “Rush Hour,” “There’s a Chance We Can Make It” and “Albert Common Is Dead.”

Sundazed’s new vinyl edition also features a replica of the original comic book that was packaged with the album’s original pressings.

Madcap music and special effects helped these all-American hippies create a crazy blend of Pop Art and cartoon-ish musical lunacy that brightened up the late Sixties. Featuring Mike Esposito on guitar, this was The Magoos’ second album, released in March 1967. It includes the single track ‘Pipe Dream’, sung by Ralph Scala, who takes most of the vocals. Informative sleeve notes and band interviews by Mike Stax, plus 11 bonus tracks - including single versions and rarities - complete this ‘must-have’ 60s package.