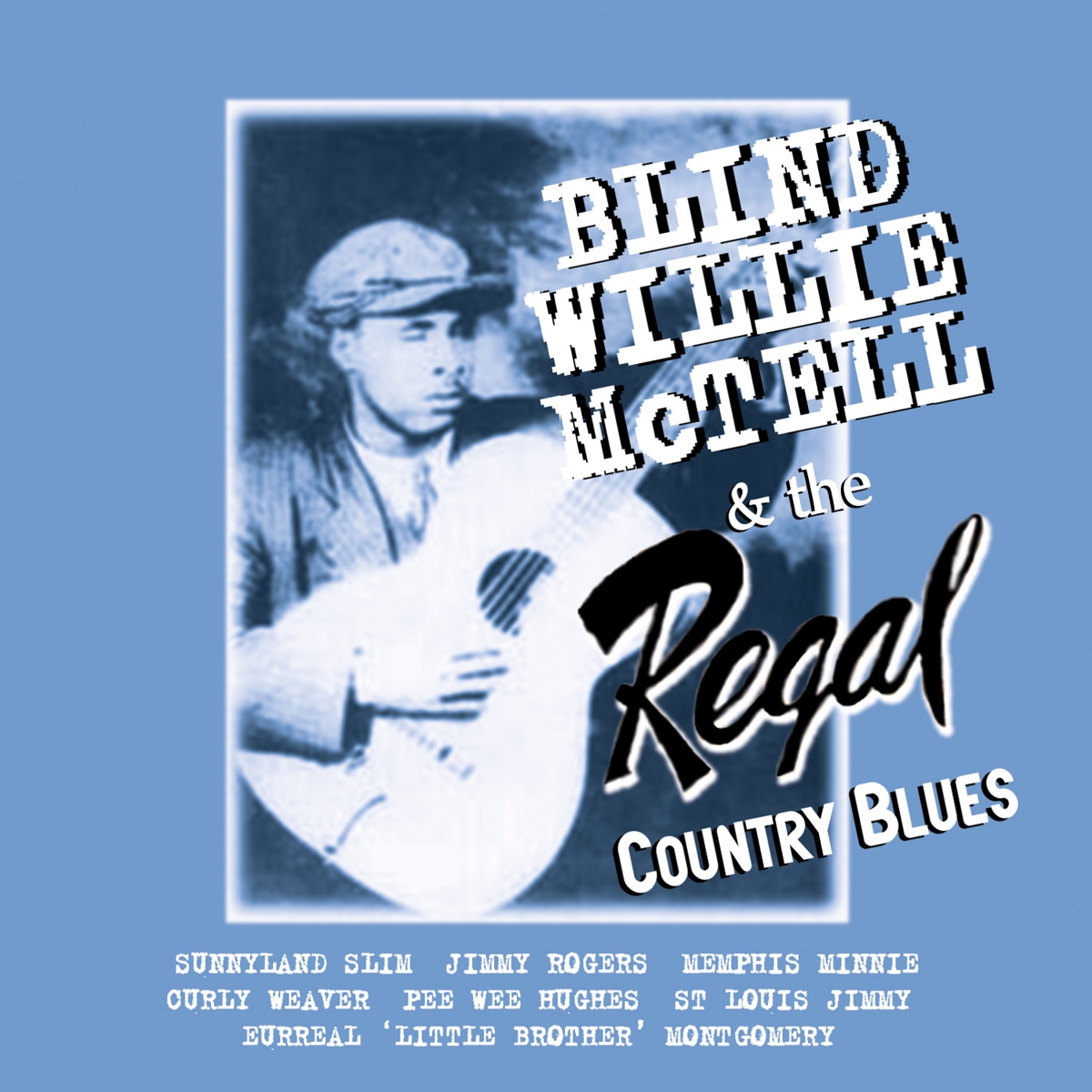 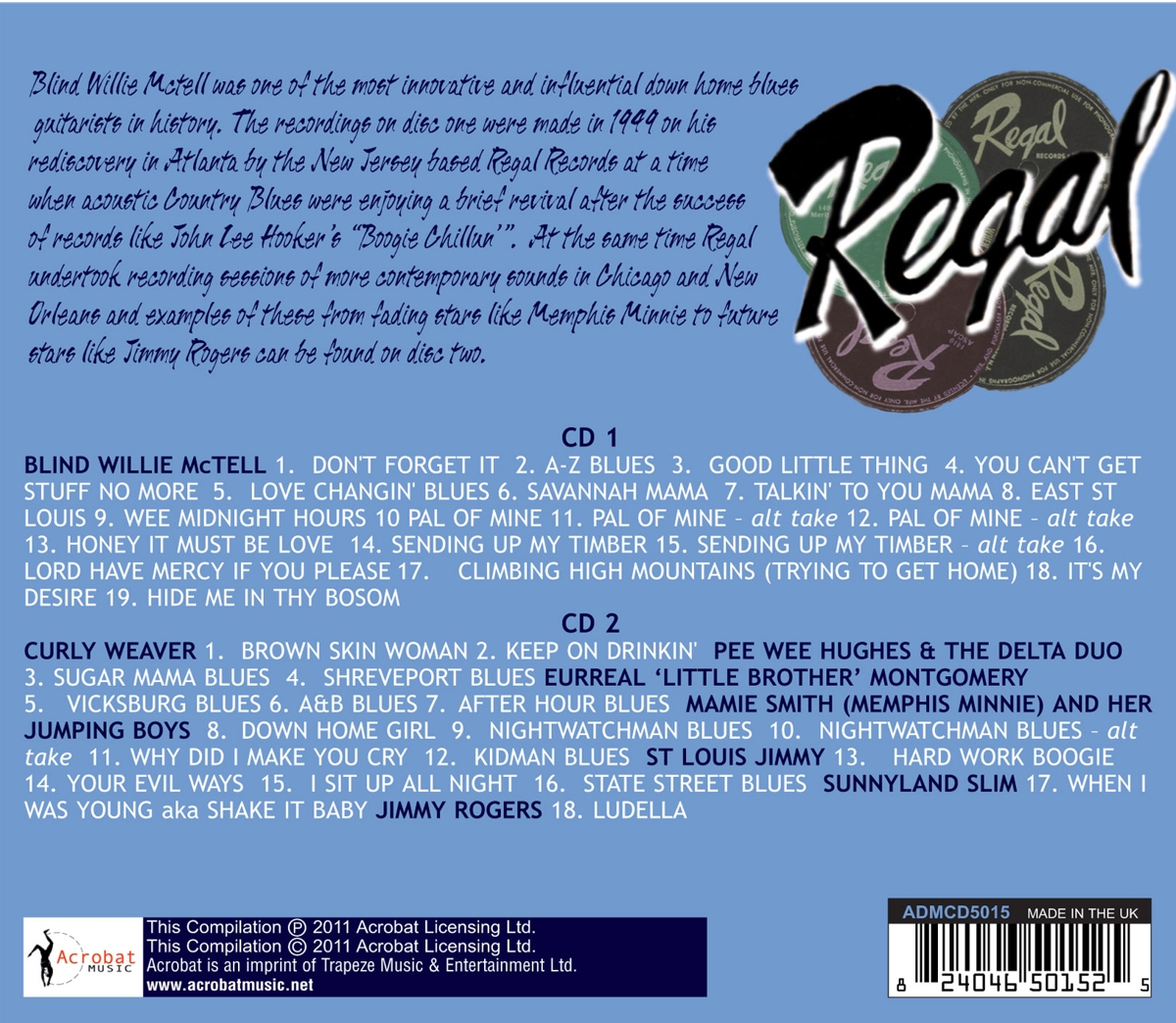 Blind Willie McTell was one of the most innovative and influential down home blues guitarists in history. The recordings on disc one were made in 1949 on his rediscovery in Atlanta by the New Jersey based Regal Records, at a time when acoustic Country Blues were enjoying a brief revival after the success of records like John Lee Hooker’s “Boogie Chillun’”. At the same time Regal undertook recording sessions of more contemporary sounds in Chicago and New Orleans and examples of these from fading stars like Memphis Minnie to future stars like Jimmy Rogers can be found on disc two. Regal Records were an innovative independent label, formed in 1949, that catered almost exclusively to Black audiences. Because of the emergence of artists like Muddy Waters the label went to Chicago and recorded sessions with Sunnyland Slim, Little Brother Montgomery, St Louis Jimmy and the young Jimmy Rogers. For the Rogers session the featured guitarist was Muddy Waters himself whose band Rogers had recently joined. All of these are fantastic examples of the developing sounds of Chicago Blues which would forever change the direction of pop music in the early Sixties.