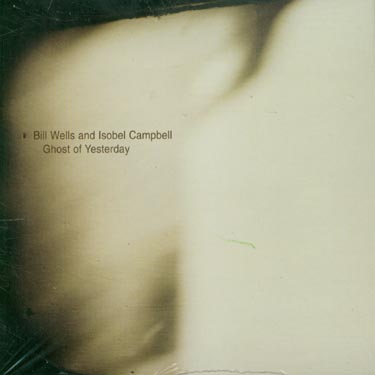 Bewertung:
lieferbar innerhalb einer Woche
(soweit verfügbar beim Lieferanten)
EUR 13,99**
EUR 12,99*
Versandkosten
Finally available again - "Ghost of Yesterday" is a one-off collection of lesser known Billie Holliday songs as recorded by jazz visionary Bill Wells and Isobel Campbell (THE GENTLE WAVES, BELLE & SEBASTIAN). Bill Wells has been making music for years, largely ignored by the Scottish jazz clique, performing live and selling home made cassettes of his expansive music. In recent years musicians from further have embraced his music afield, working with the likes of the PASTELS, FUTURE PILOT AKA and V-TWIN, as well as releasing three albums through Domino (FRANZ FERDINAND, ARCTIC MONKEYS). Isobel Campbell is a founder member of BELLE & SEBASTIAN, but has stretched herself outside the confines of the group. She has released two albums as THE GENTLE WAVES and as a solo artist. Isobel's recent collaboration with Mark Lanegan has garnered fulsome praise; her profile has never been higher. Her collaborations with Wells began with some live shows in which he participated and culminated in. The crepuscular tones of "Ghost of Yesterday" will be a friend for life. Long live Billie Holiday!