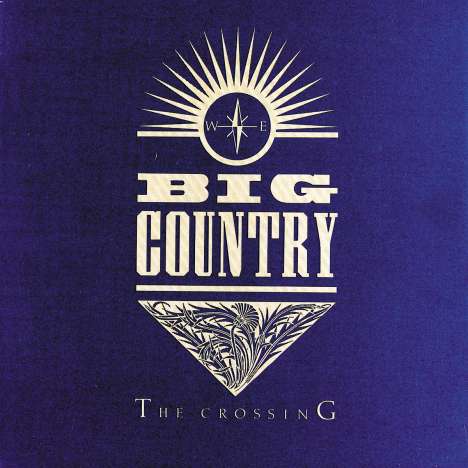 ROLLING STONE ALBUM GUIDE **** "When Big Country - Adamson, guitarist Bruce Watson and the redoubtable rhythm section of Tony Butler (bass) and Mark Brzezicki (drums) -emerged in 1983 with the Steve Lillywhite- produced 'The Crossing', they were a breath of fresh air in a scene increasingly dominated by techno-pop.​ Adamson's anthems and ballads evinded an awareness of a world gone awry.​ Adamson's husky, keening vocals conveyed urgency, and he and the other musicians powered their messages with searing efficiency.​ Lillywhite gave it a dense ambience through which the guitars cut clearly - ringing, chiming, soaring - and the solid bottom hammered out a warning.​"