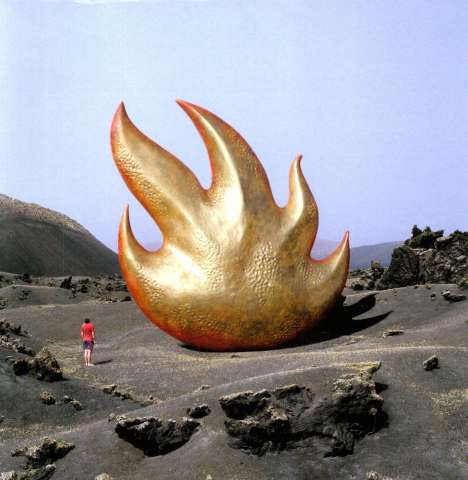 Audioslave may be one the rare cases of remnants of 2 great bands coming together and creating an even greater band. Consisting of three quarters of Rage Against The Machine plus former Soundgarden singer Chris Cornell, Audioslave came onto the music scene with a mix of 70's Zeppelin & Sabbath warped into the year 2000 and beyond. Having Chris Cornell as their leadsinger was producer Rick Rubin's idea and the band penned no less than 21 songs in a period of 19 days, jamming and rehearsing. Their live debut was a David Letterman gig on the rooftop of the Ed Sullivan Theatre in New York, kicking off a successful world tour. Debut single ochise' was a worldwide smash and the 2nd single ike a Stone' even topped that (certified Gold by the RIAA)! The album was certified Gold in the USA within a month after its release. 2 Audioslave albums followed, before the members parted ways to join their former bands. We proudly present the album that left a deep and lasting impact on the music scene album as a double vinyl LP, in a gatefold sleeve and pressed on 180 grams audiophile vinyl. 180 grams Audiophile Double Vinyl + Gatefold Sleeve