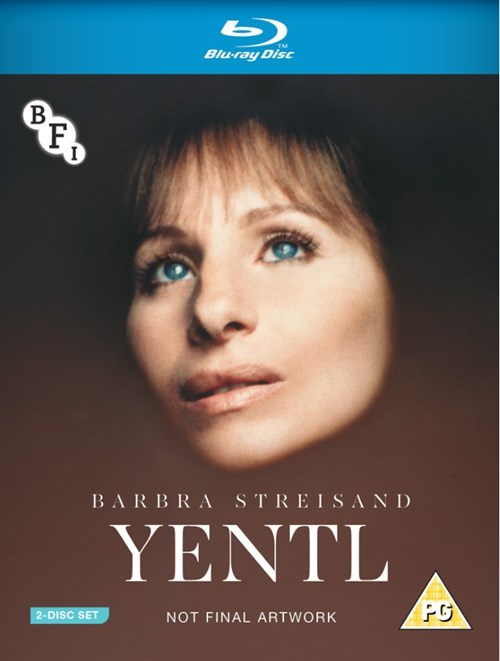 Based on Leah Napolin and Isaac Bashevis Singer's play of the same name, Yentl was directed, co-produced, co-written and stars the legendary Barbra Streisand as Yentl Mendel, a girl living in an Ashkenazi shtetl in Poland in 1904. Her father, Rebbe Mendel (Nehemiah Persoff), secretly instructs her in the Talmud despite the proscription of such study by women according to the customs of her community.

After the death of her father, Yentl decides to cut her hair short, dress like a man, take her late brother's name, Anshel, and enter a Jewish religious school where she befriends fellow student, Avigdor (Mandy Patinkin), and meets his fiancée, Hadass (Amy Irving). Romantic complications soon arise though.

Features a score and songs composed by the late great Michel Legrand, who won an Oscar for his work on the film, whilst Barbra Streisand became the first female winner for Best Director at the Golden Globes.