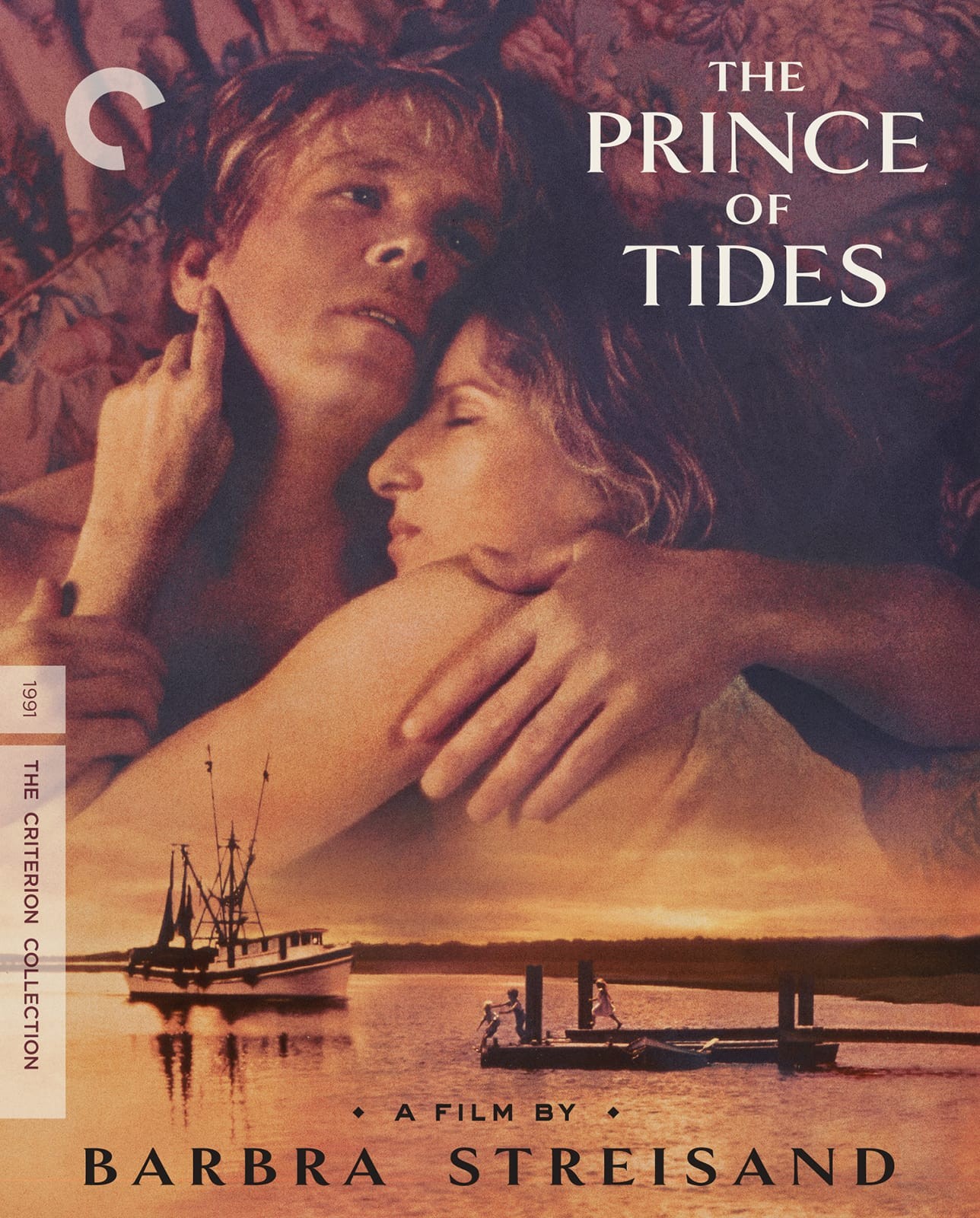 For her acclaimed second feature as a director, Barbra Streisand crafted a sumptuous, emotionally wrenching adaptation of Pat Conroy’s best-selling novel—which she also produced and starred in. Summoned to New York after his sister attempts suicide, Tom Wingo (Nick Nolte) must serve as her memory, reckoning with the traumas of their southern childhood so that her psychiatrist, Dr. Susan Lowenstein (Streisand), can help her recover. But Tom’s sessions with Lowenstein will plunge him into the depths of his own long-repressed pain—and reawaken the possibility of love within him. Nominated for seven Academy Awards, including best picture and best actor for Nolte’s soulful performance, The Prince of Tides is a life-affirming tale of healing and renewal from a triple-threat filmmaker with a keen and humane insight into her characters’ sorrows, joys, and yearnings.

New 4K digital restoration, supervised by actor, producer, and director Barbra Streisand, with 2.0 surround DTS-HD Master Audio soundtrack on the Blu-ray
Audio commentary featuring Streisand, recorded in 1991 and updated in 2019 Making-of featurette
Excerpt from a 2018 interview with Streisand, conducted by filmmaker Robert Rodriguez on El Rey Network’s The Director’s Chair
Audition and rehearsal footage
Deleted scenes and alternate takes
Costume and makeup tests
Alternate end credits with a vocal performance by Streisand
Behind-the-scenes footage
Gag reel
Production-stills gallery and other archival materials
Interview with author Pat Conroy from a 1992 episode of Cinema Showcase with Jim Whaley
Interview with Streisand from a 1992 episode of the British television show Aspel & Company with Michael Aspel
Notes from Conroy to Streisand
Trailers
PLUS: An essay by film historian Bruce Eder