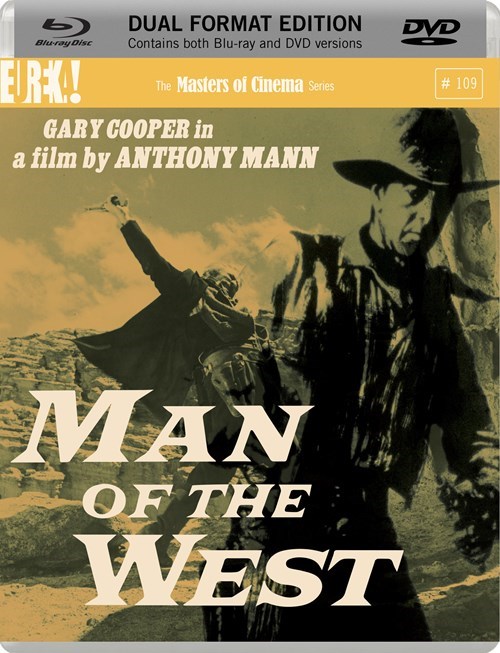 Ex-outlaw Link Jones (Gary Cooper) boards a train to Fort Worth to hire a schoolteacher for his town when he’s knocked unconscious and robbed - by a gang of outlaws associated with his own uncle (Lee J. Cobb) whom he abandoned years earlier in his bid to go straight. Soon after, and in order to protect the life of the woman he’d earmarked for schoolteacher, saloon singer Billie Ellis (Julie London), Link rejoins the gang for one last hold-up…

Jean-Luc Godard wrote of Man of the West: "I have seen nothing so completely new since - why not? - Griffith… With Anthony Mann, one rediscovers the western , as one discovers arithmetic in an elementary maths class. Which is to say that Man of the West is the most intelligent of films, and at the same time the most simple."