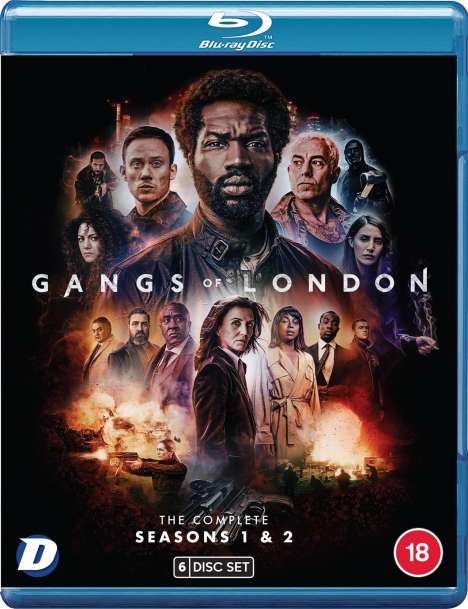 All nine episodes from the first season of the British crime drama which follows the son of an influential organised crime boss who must take control after his father is murdered. After the seemingly untouchable Finn Wallace (Colm Meaney) is assassinated, his son Sean (Joe Cole) wastes no time in attempting to seek out his father's killer while taking over his empire. However, despite his ambitions, Sean is soon sucked into the endless power struggle between London's gangs and must assess which of those closest to him he can truly trust. The cast also includes Michelle Fairley, Valene Kane and Sope Dirisu.

One year after the death of Sean Wallace and the violent reckonings of series one, the map and soul of London has been redrawn. The surviving Wallaces are scattered, the Dumanis broken and estranged, and ex-undercover cop Elliot is now being forced to work for the investors. To restore order, the investors have aligned behind heroin baron Asif Afridi and together they have installed a new ruling force in London in the form of brutal gang leader - Koba. His vision for the criminal landscape is a dictatorship, a world in which old school gangster codes don't exist and in which he holds a complete monopoly over London's drug trade. But this monopoly can't last forever. The gangs are fighting back - who will win the battle for the soul of London?