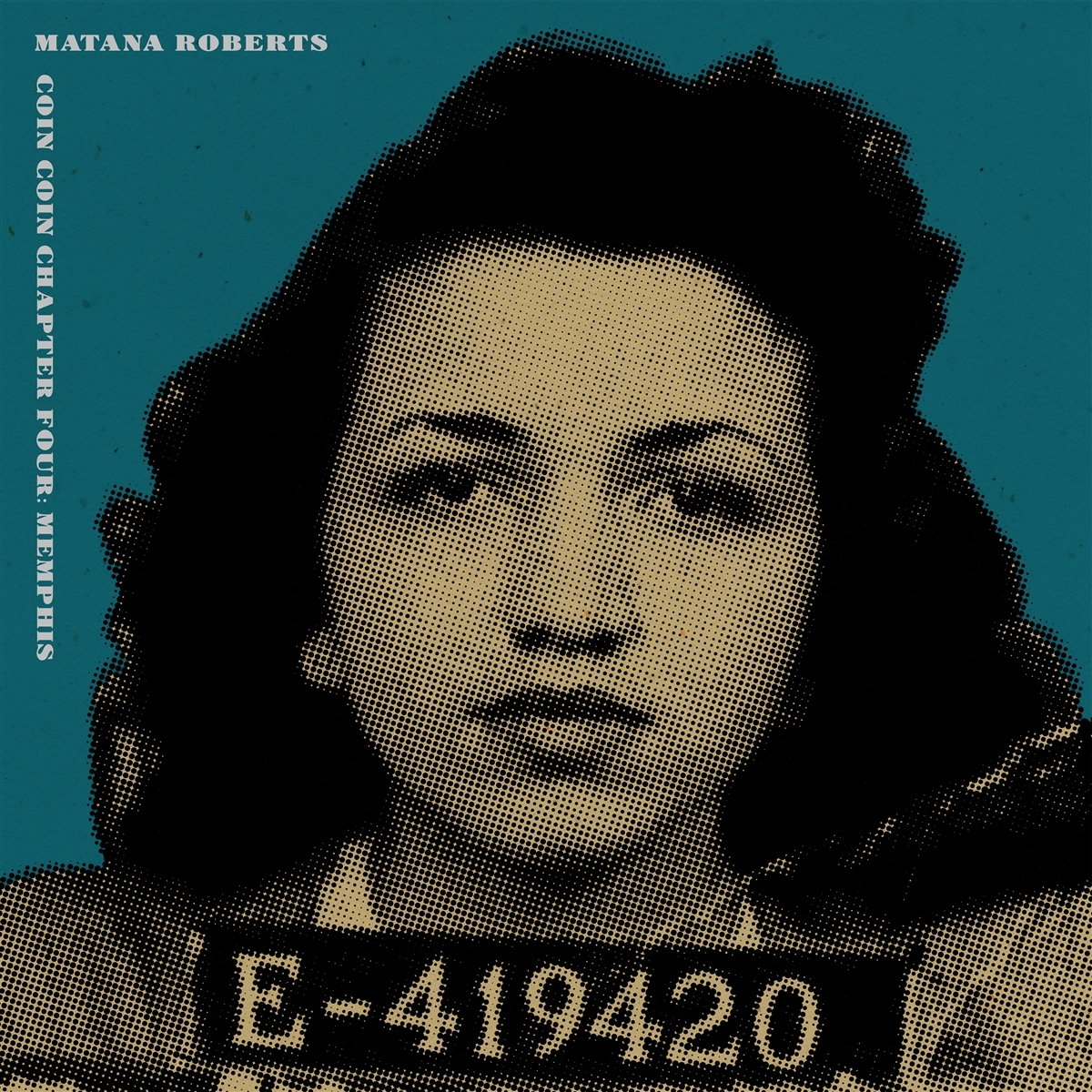 + 2 Art Posters
Matana Roberts returns with the fourth chapter of her extraordinary Coin Coin series — a project that has deservedly garnered the highest praise and widespread critical acclaim for its fierce aesthetic originality and unflinching narrative power. The first three Coin Coin albums, issued from 2011-2015, charted diverse pathways of modern/avant composition — Roberts calls it “panoramic sound quilting”—and ranged sequentially from large band to sextet to solo, unified by Roberts’ archival and often deeply personal research into legacies of the American slave trade and ancestries of American identity/experience. Roberts also emphasizes non-male subjects and thematizes these other-gendered stories with a range of vocal and verbal techniques: singspeak, submerged glossolalic recitation, guttural cathartic howl, operatic voice, gentle lullaby, group chant, and the recuperation of various American folk traditionals and spirituals, whether surfacing in fragmentary fashion or as unabridged set-pieces. The root of this vocality comes from her dedication to the legacy of her main chosen instrument, the alto saxophone.