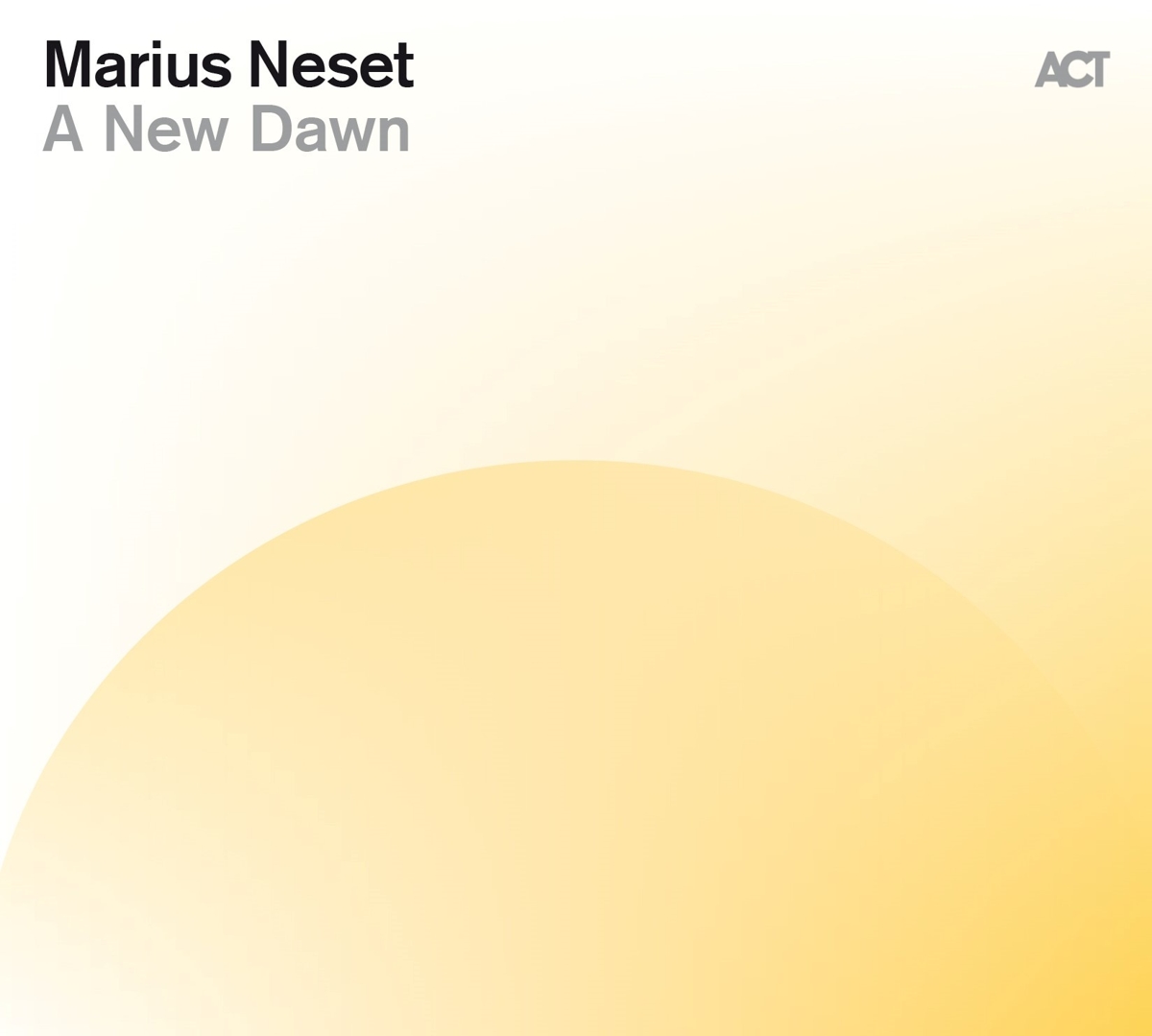 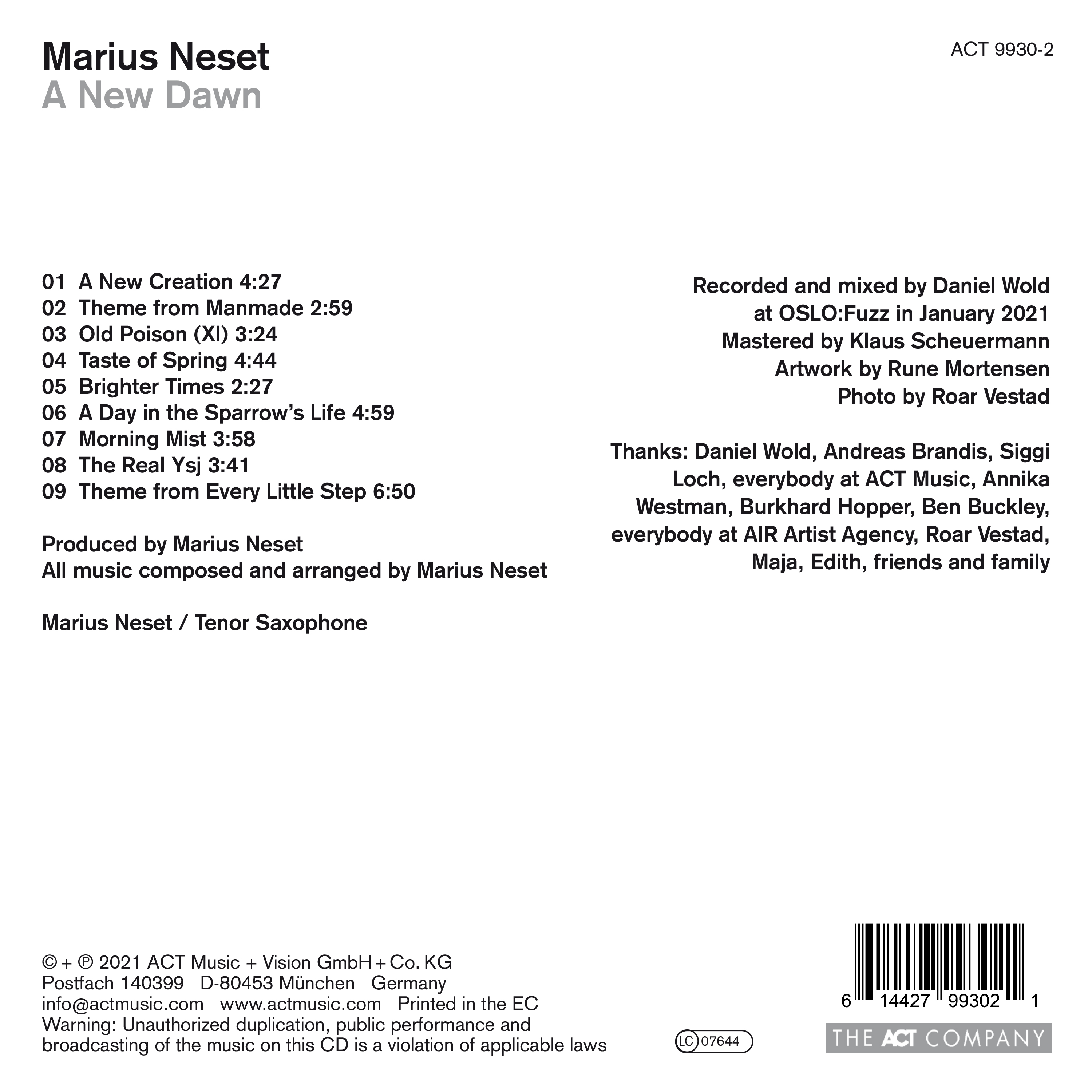 The energy and the unassailable virtuosity with which Marius Neset burst onto the scene have not been forgotten. Back in 2004, as a nineteen-year old student recently moved to Copenhagen, he won the Talent Award at Norway's Nattjazz Festival. He then made a huge impression as a member of groups led by Django Bates in 2008-2010. John Fordham of the Guardian described his 2011 debut album of original compositions as ‹sensational», ‹indispensable«. He was the only artist from Europe in the Downbeat 2016 feature ‹25 For The Future», in which he was described as ‹not only an impressive technician but also a formidable composer.« There has always been much more to Neset's artistry than mere virtuosity: he has achieved several huge and successful composition projects with both classical and jazz orchestras, notably on three of the six previous albums he has produced on ACT since 2014, one of which, »Lion«, won him the coveted Norwegian Grammy, the Spellemannprisen.

Now back and settled in Norway, the ‹Wizard from Os» (Jazznyt) finds new ways of combining the urge to construct compositional structures with being free in the moment. Among the many delights of his seventh ACT album ‹New Dawn«, Neset says that one of his own favourites is ‹Morning Mist». His transformation of the opening of Lutoslawski's first cello concerto into a vivid dialogue between two very different characters, a high and a low voice, does indeed feel like a stroke of genius. And his new take on Brecker-ish jigs and reels in ‹A Day in Sparrow's Life«, originally written for a flautist, communicates not just dervish-like inspiration but also sheer joy.

Marius Neset has written an eloquent and carefully thought-through sleeve-note for »New Dawn«, explaining the origins and the concept of this album, which looks forward to better times:

I have always dreamed of doing a solo album, an album where I am completely alone playing the tenor saxophone with no overdubs or effects, just as pure and honest as it can be. It is an amazing challenge – and also a bit scary: I cannot lean back on a rhythm section or another player, I am completely responsible for every little detail in the music myself.

I have chosen a combination of songs that I have composed during the past few years. Some of them were written for solo saxophone, others for small band, some even for symphony orchestra. What all of these songs have in common is that they were originally composed by me, playing the tenor saxophone, alone. In other words, they all started out as solo saxophone pieces.

When the Covid-19 pandemic made us all isolated and alone, I started to work more and more on these songs, and gradually the idea about making a record became more of a reality. I finally decided to record them in a beautiful-sounding room a few kilometres away from where I live in Oslo. There was something very special about the atmosphere on the day of the recording. It was a beautiful, sunny and very cold winter day, which reminded me of all the good things I have been doing almost every day in the past year: being outside in nature, walking, running, skiing or just being together with my lovely family. I felt inspired, so I just started playing and recording the songs that I felt most like playing at that moment. And this was more or less how I spent the rest of the recording day. I would let the tape run and play what felt most natural to me in the moment. Playing alone also allows you to focus much more on the little details. I played around a lot with different sound colours, for example using quarter-tones, or playing a note very softly with a particular embouchure to produce a very nice little multiphonic sound which would have been scarcely audible if I hadn't been playing alone.

I also thought as I played about the stories behind many of these songs, and that seemed to make them more relevant to me than ever before. Some of the pieces are not just directly inspired by the many challenges that the world faces today, they also have a story to tell about hope and brighter times to come. I can't wait to get back to making music with all my friends again, but in the meantime playing alone in my home gives me energy and positivity as we wait for life as we know it gradually to come back, as a new dawn.