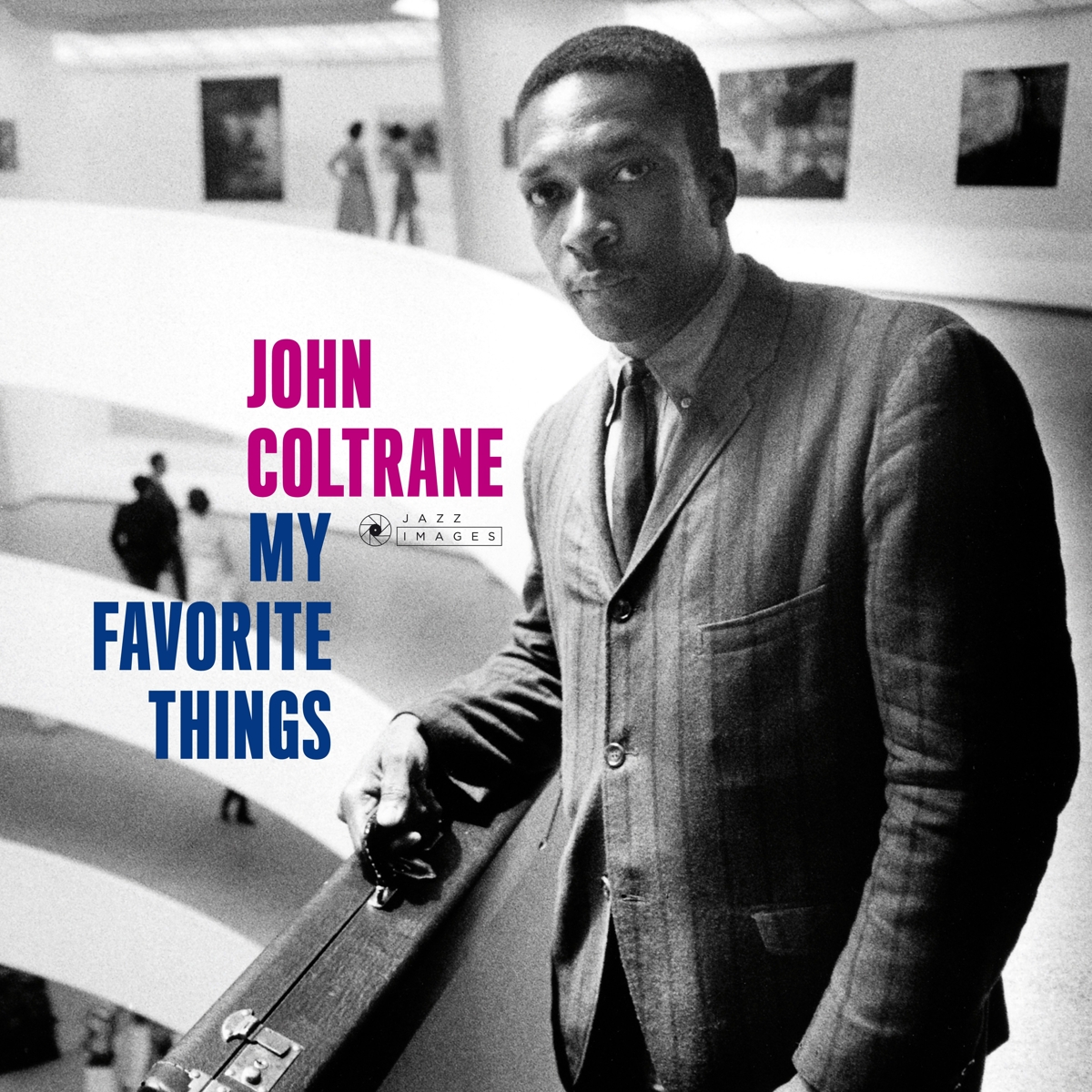 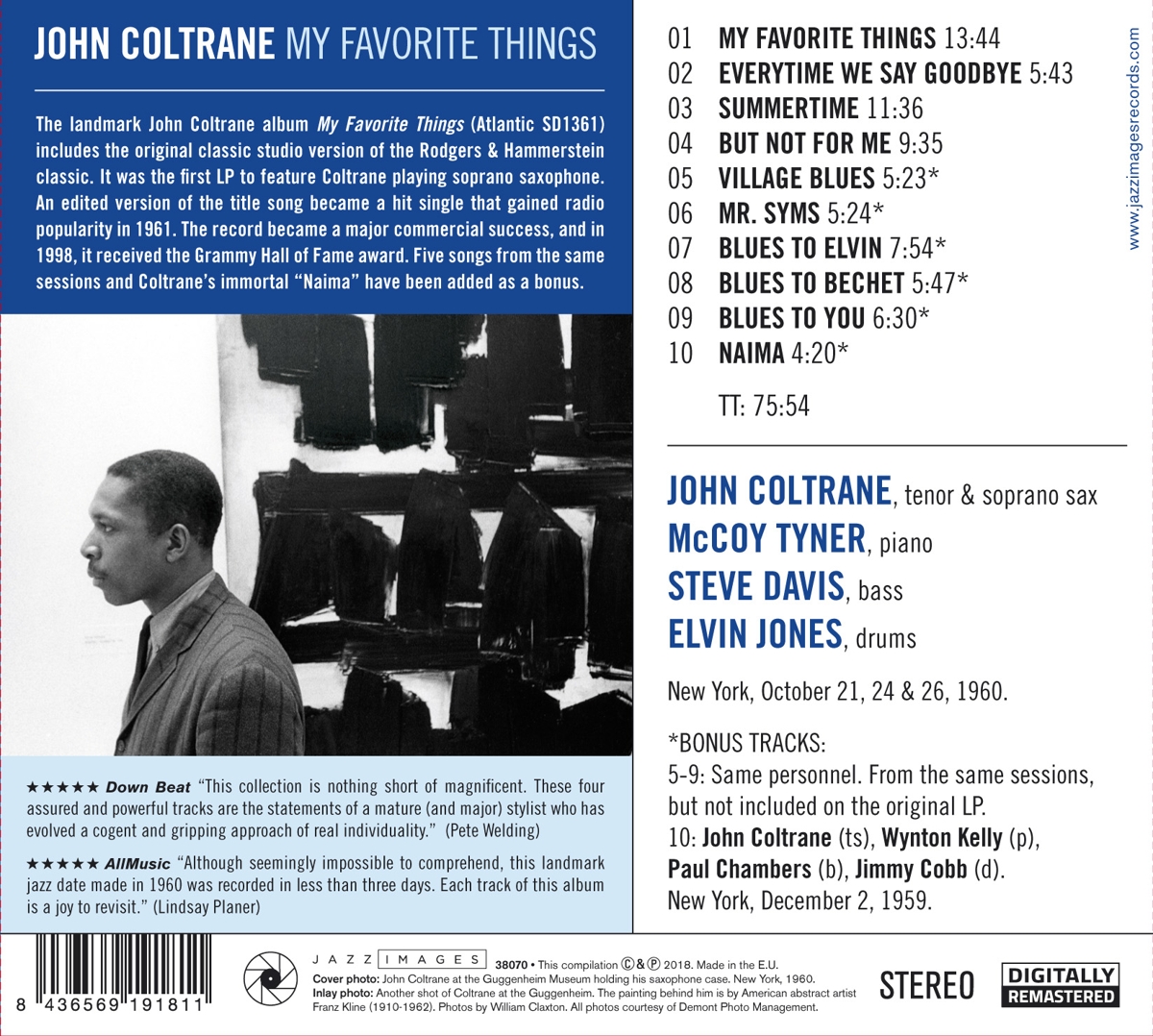 The landmark John Coltrane album My Favorite Things includes the original classic studio version of the Rodgers & Hammerstein classic. It was the first LP to feature Coltrane playing soprano saxophone. An edited version of the title song became a hit single that gained radio popularity in 1961. The record became a major commercial success, and in 1998, it received the Grammy Hall of Fame award. Five songs from the same sessions and Coltrane’s immortal »Naima« have been added as a bonus.