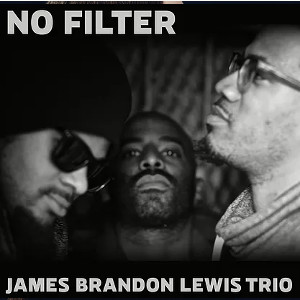 The compositions from Lewis combined with the masterful, passionate output from all the members are brilliantly executed arrangements which translates into a raw, gritty, mind bending journey of relentless attack and frenzy intertwined with delicate laces of sensual R&B bliss. From beginning to end it is filled with emphatic roars and a non-stop soulful resonance rooted in an auditory output, which combines elements of early 90's hip hop with a mixture of fresh, innovative ingredients that may be described as free form experimental jazz core.

»No Filter unveils a raw, rugged, uncut and uncompromising aesthetic, and that is exactly what the players deliver. The sheer hardness of their attack has the front row initially leaning back, eyebrows raised and then heads nodding in hypnosis when the full force of the music really starts to kick in.«