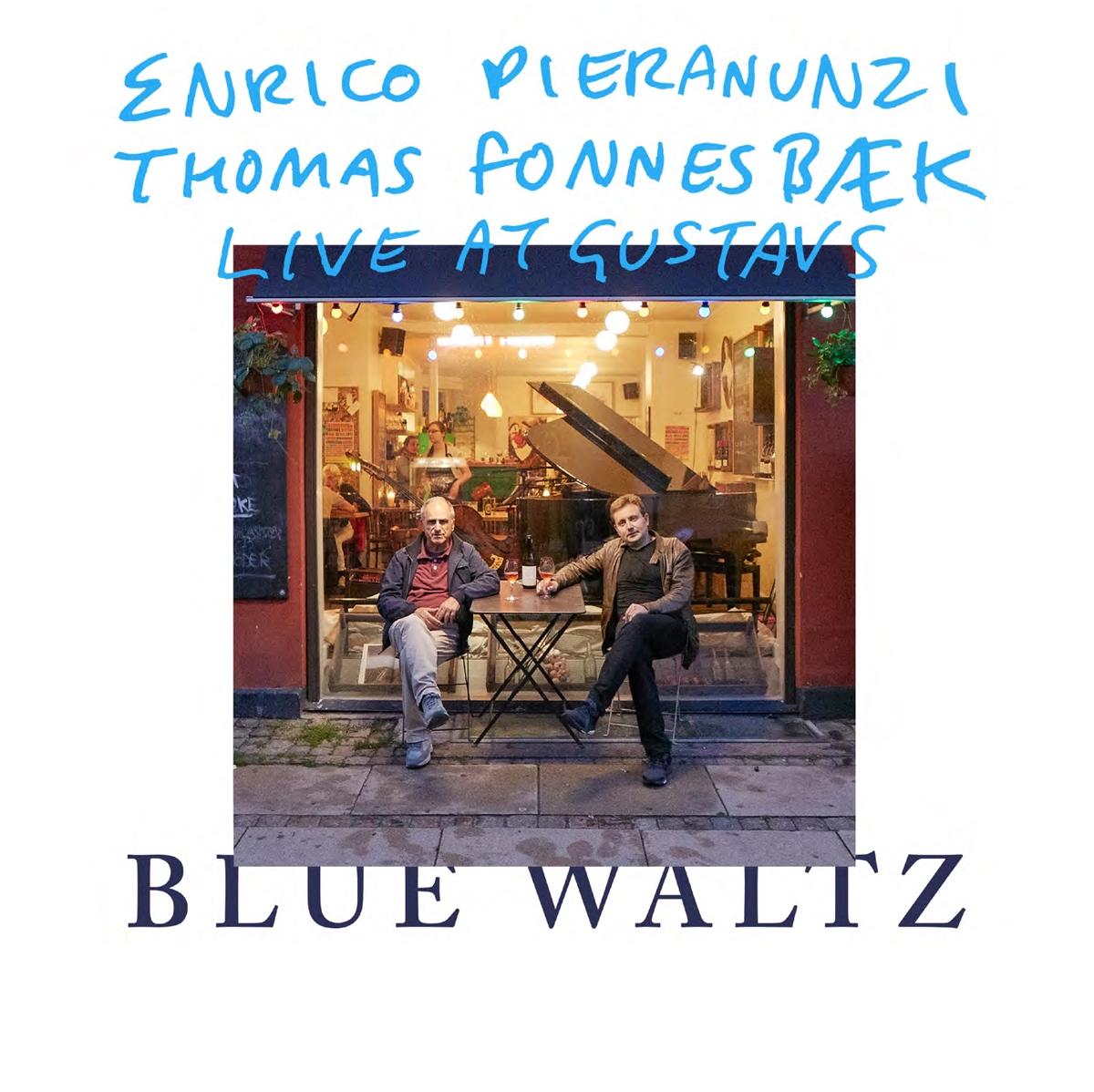 There is an explosion of energy when the eminent Italian pianist Enrico Pieranunzi and Danish bassist Thomas Fonnesbæk go on stage. That was what the audiences at the sold-out performances at Gustav's Bistro had the opportunity to experience on the 14th and 15th of July in 2017, in the midst of Copenhagen's Jazz Festival. Enrico Pieranunzi and Thomas Fonnesbæk flourish in each other's company, challenging and playing with each other in a rare combination of technique and personality.

The best jazz experiences are often those in a town's smaller venues, and throughout the years, Gustav's Bistro has become a destination for both those seeking music and gastronomy on the highest level. This time, the music was recorded, as sound and recording wizard Bjarne Hansen set up his mobile studio in front of the restaurant / venue in Classensgade in the Østerbro district of Copenhagen. Simply put, Enrico Piernunzi is one of the world's greatest pianists. Throughout his long and storied career, he has worked with many of the biggest names in Jazz, including the legendary trio with Marc Johnson and Joey Baron, as well as projects with Lee Konitz, Chris Potter, Chet Baker, Paul Motian, and many others.

Here in Copenhagen, we remember his collaboration with Mads Vinding and Alex Riel, documented on two Stunt releases: »The Kingdom (Where Nobody Dies)«, and the recently released live recording, »Yesterdays«. His discography is impressive, and as a composer, his work is spread out over many different genres. Enrico Pieranunzi's playing is poetic and impressionistic and drawn from the great European Music tradition. His musical language could easily be called »classical jazz« due its beautiful and dynamic impact and a sound that effortlessly presents dazzling melodies and phrases. It is impossible not to be taken with this great musician. Thomas Fonnesbæk's bass is the ground current in this context, with a dancing, rhythmic nerve that holds one prisoner, but also an elegance and responsiveness and a great deal of attention to detail. And oh, how well they play together in a repertoire mainly attributable to Pieranunzi.

Throughout several generations now, Danish bass legends such as Niels-Henning Ørsted Pedersen, Mads Vinding, and Jesper Lundgaard have shined bright in the international jazz sky. With Thomas Fonnesbæk as heir to their legacies, we have a celebrated and familiar scenario. For several years now, he has joined the world elite in connection with international names like Monty Alexander, Christian Sands, Justin Kauflin, Aaron Parks, John Taylor, Helge Lien, Paulo Freso, Lars Jansson, and Adam Baldych. The list of Danish collaborators is almost infinite – Thomas is very often the »first - and only - call«. He can be heard on many Stunt Records releases, including in a duo project with the singer Sinne Eeg (»Eeg / Fonnesbæk«, an album that won a Danish Music Award as the Best Jazz Album of the Year in 2017), with the pianist Ole Kock Hansen on »Fine Together - Nordic Moods«, and as a member of Thomas Clausen's trio. Enrico Pieranunzi tells us in the liner notes that it was actually the bass that was the »engine« that brought him deeper and deeper into the language of Jazz, so much so that it was at the top of his list of favorite instruments. »When I met Thomas for the first time in 2015, it was further confirmation.«