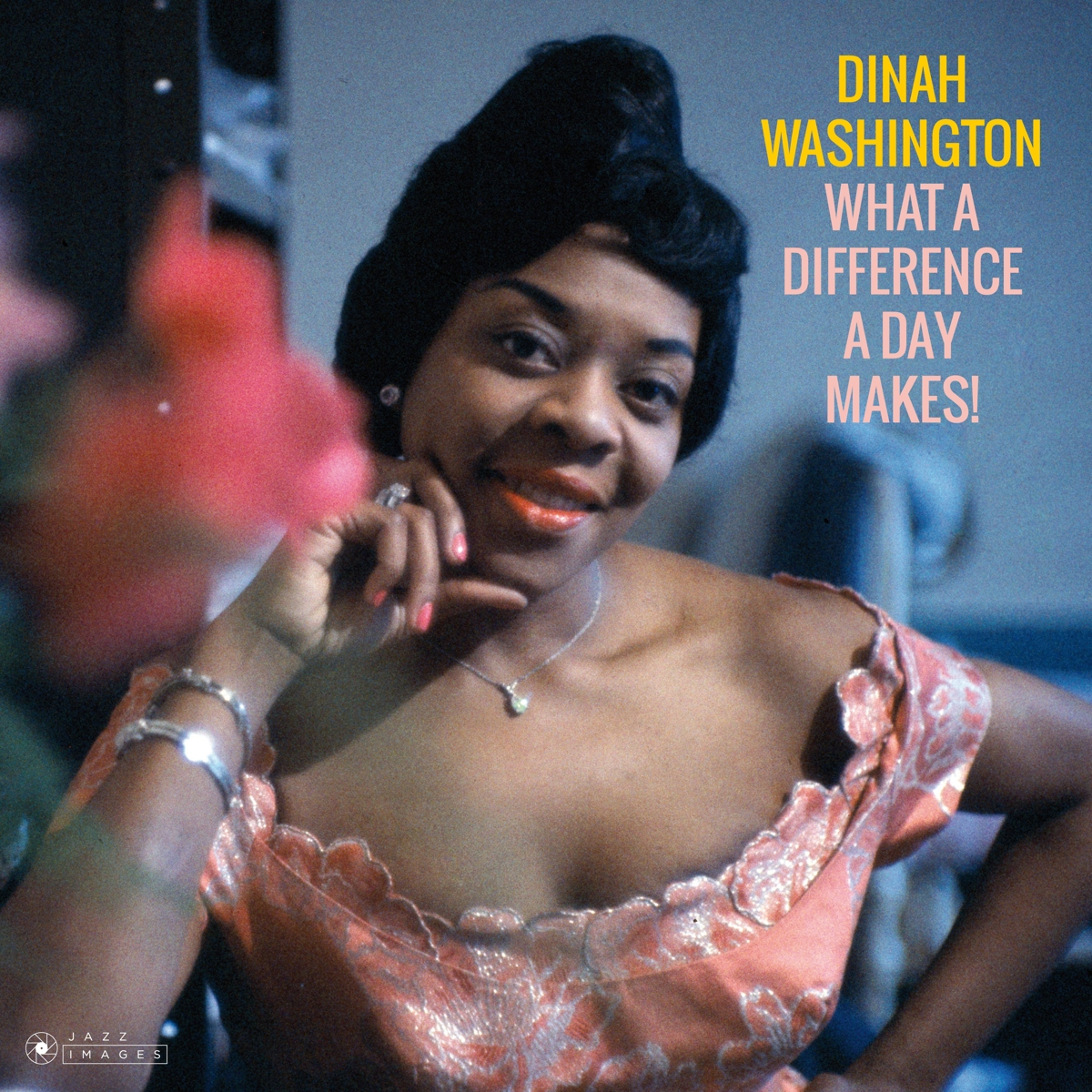 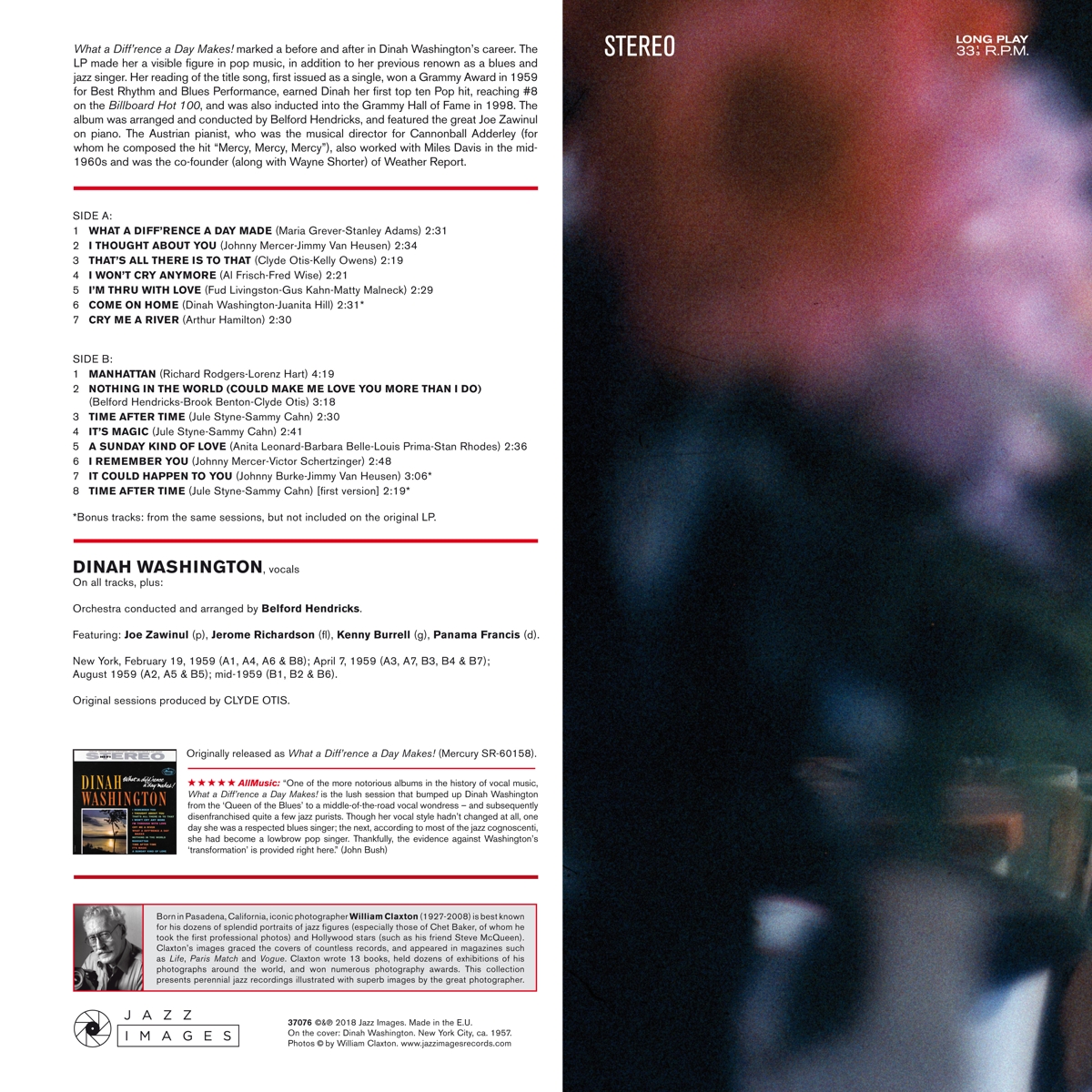 Weitere Ausgaben von What A Difference A Day Makes!

What a Diff'rence a Day Makes! marked a before and after in Dinah Washington's career. The LP made her a visible figure in pop music, in addition to her previous renown as a blues and jazz singer. Her reading of the title song, first issued as a single, won a Grammy Award in 1959 for Best Rhythm and Blues Performance, earned Dinah her first top ten Pop hit (reaching #8 on the Billboard Hot 100), and was also inducted into the Grammy Hall of Fame in 1998.

The album was arranged and conducted by Belford Hendricks, and featured the great Joe Zawinul on piano. The Austrian pianist, who was the musical director for Cannonball Adderley (for whom he composed the hit »Mercy, Mercy, Mercy«), also worked with Miles Davis in the mid-1960s and was the co-founder (along with Wayne Shorter) of Weather Report.