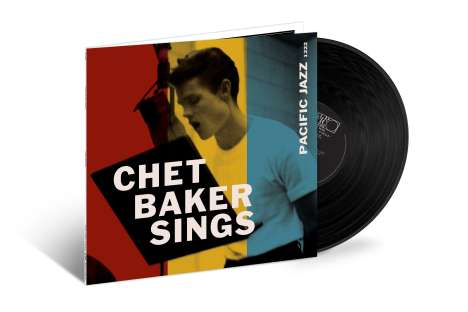 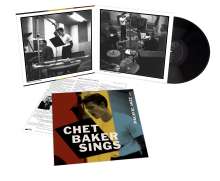 Chet Baker (1929-1988)
Chet Baker Sings (+10 Bonus Tracks) (180g)
LP, CD
EUR 19,70*
+ Russ Freeman, Bob Neel, Peter Littman, Lawrence Marable u.a.
*** Gatefold Cover
There are several Chet Baker albums with the title Chet Baker Sings, but this one recorded for Pacific Jazz in 1954 and 1956 is the original, and arguably, the best. The album features Chet’s indelible vocals and sterling trumpet playing with two different quartet line-ups both featuring pianist Russ Freeman on a set of classic standards that he made his own including “My Funny Valentine,” “That Old Feeling,” and “I Fall In Love Too Easily.” For the first time in more than 60 years, this definitive edition was cut from the original master tapes in the correct order with pristine fidelity. The gatefold packaging includes additional session photography by William Claxton.

The Blue Note Tone Poet Series was born out of Blue Note President Don Was’ admiration for the exceptional audiophile Blue Note LP reissues presented by Music Matters. Was brought Joe Harley (from Music Matters), a. k.a. the “Tone Poet,” on board to curate and supervise a series of reissues from the Blue Note family of labels.

Extreme attention to detail has been paid to getting these right in every conceivable way, from the jacket graphics and printing quality to superior LP mastering (direct from the master tapes) by Kevin Gray to superb 180 gm audiophile LP pressings by Record Technology Inc. Every aspect of these Blue Note / Tone Poet releases is done to the highest possible standard. It means that you will never find a superior version. This is IT.