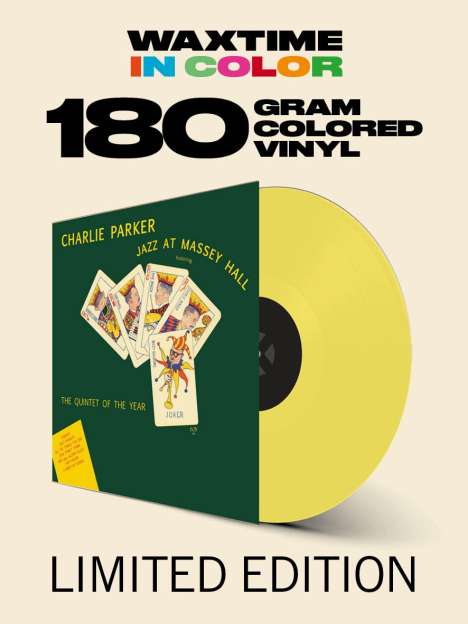 The masters of bebop reunited for a single unforgettable 1953 concert at Canada’s Massey Hall. It was a unique experience in many ways. Organized by a local club of jazz fans and poorly publicized, the attendance was far below capacity (only 700 out of 2500 seats were filled). Another reason behind the low attendance had to do with the scheduling of the concert on the same night as a heavyweight championship boxing match (even Parker and Gillespie left the stage in mid-concert to watch the fight on television, leading to an extremely long intermission).

Getting the musicians to play wasn’t easy either. By that time Bud Powell was in New York’s Bellevue Hospital, coping with one of his bouts of mental illness. He was released by his manager and guardian, Birdland’s owner Oscar Goodstein. When the musicians arrived at the airport, they discovered that they weren’t provided with enough tickets (the organizers hadn’t contemplated the fact that Mingus’ wife Celia and Goodstein would have to travel with the group). As a result, Parker and Gillespie stayed behind and waited for the following flight to Toronto. When the two leaders arrived in Canada, it was discovered that Bird didn’t have a saxophone, so a Grafton plastic alto was borrowed from a local music store!

Despite the numerous obstacles, the concert produced truly splendid music. The performance was nonprofessionally recorded by Charles Mingus himself, who released it soon after on his own label Debut. Mingus, however, was dissatisfied with the way his bass had been recorded, so he overdubbed a new bass line that went on the released sides. Unfortunately, the new line overshadowed the sound of the other instruments.

This re-release presents all of the quintet tracks from the Massey Hall sets (a few trio tracks were also performed) in their concert order and as originally recorded, without the dubbed bass line that Mingus would add later.