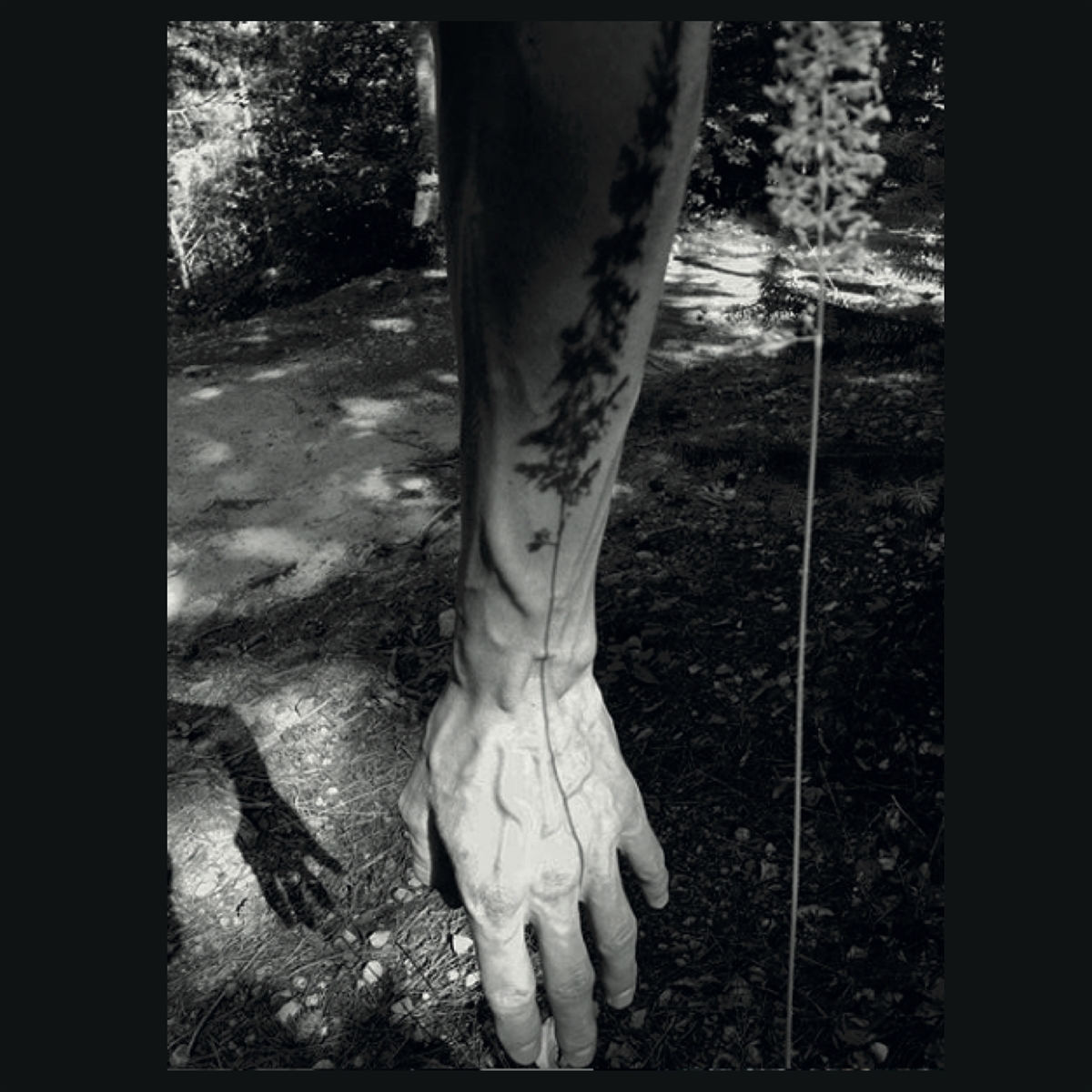 "A séance to beseech Alice Coltrane", is how Joshua Idehen describes the debut output of his new project Calabashed. The core duo of the group is Idehen and Alabaster Deplume, along with other artists from the fertile and extensive family that stem from the key London venue the Total Refreshment Centre: Maria Osuchowska, Donna Thompson, James Howard, Raimund Wong and Danalogue (Comet is Coming). It was via the musical hotbed that is TRC that this project came to life.

"Alabaster and I were introduced to each other by Stephen Bass of Moshi Moshi", recalls Idehen. "Gus (Alabaster) asked me to perform at his night Peached. I watched him perform Did You Ever Hear About The Mau Mau - such a stunning song - and I asked if he'd be up for collaborating." What then followed was a back and forth flurry of musical exchanges that lasted the course of a year. For Idehen, this instinctive musical connection he formed with Deplume took him back to his formative years of musical awakening. "His music took me back to 2008-2010 when all the albums that convinced me to make music all came out: Daedalus' Righteous Fists of Harmony, The Long Lost, Grizzly Bear's. Vecktatimest, Department Of Eagles' In Ear Park. I always wanted to be part of something that fit in that world."

The result is an album that exists loosely in the jazz world but it also skips across cosmic soundscapes, hip-hop and general esoteric explorations that place it out of easy categorisation. Lyrically Idehen based a lot of ideas off Aesop's Fables, "using the blunt moralising as a jumping point", and the voice delivering them possesses impressive versatility - moving from slow unfurling almost spoke-word flows to impassioned cries. One of the sonic elements that makes the album so distinct is the presence of the harp, something that flutters delicately yet potently throughout the record. "Maria has the biggest harp you've ever seen", says Idehen. "It had fx pedals built in." Then the rest of the room - all recorded at TRC - fit in around the giant harp. "Raimund with a tape deck in the corner, Alabaster playing sax sideways, Donna whistling, James playing several bass riffs. All this went on for hours whilst I was in the control room providing guide vocals."

The stories and inspirations behind the songs are often as varied as the music that smoothly glides between engulfing soundscapes and infectious grooves. Idehen witnessed fights in the street over Brexit, knife crime stories seeped their way in, he borrowed an inspiration technique from Kurt Cobain - which involves listening to artists on repeat - and applied that to Mos Def. And elsewhere, there's a nod to London jazz poet, Jazzman John Clarke. All of which results in an album that is as multifaceted as it is unpredictable.