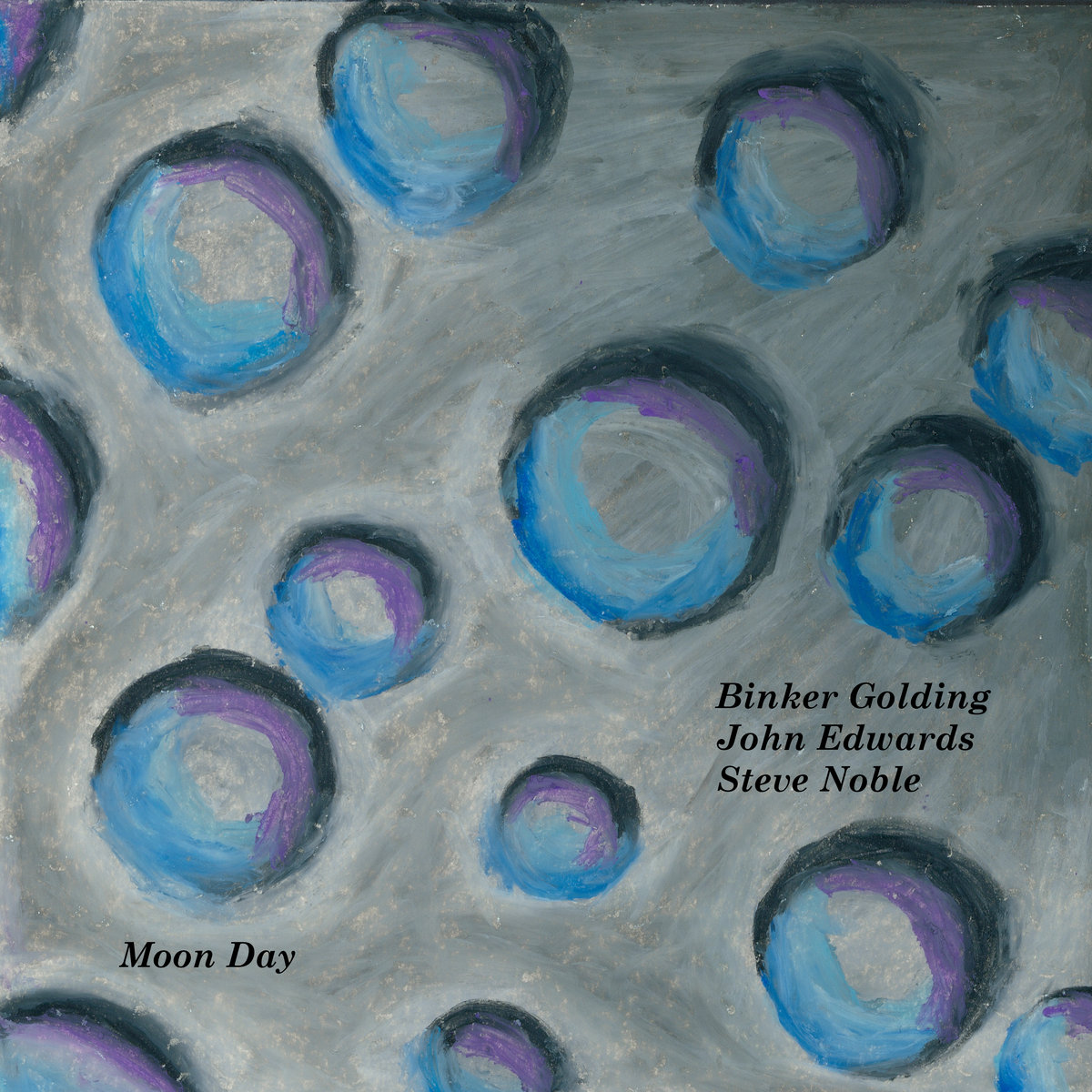 Award winning saxophonist and composer Binker Golding returns to Byrd Out with a new trio comprising giants of the experimental scene Steve Noble and John Edwards for an album of unparalleled instant creativity: »Moon Day«. The album plays with the post truth zeitgeist, using the first major moon conspiracy of 1835 as a launch pad, throwing a sly wink at Buzz Aldrin as the trio impart on their own musical odyssey.

The sheer variety of pace, tone and texture across the record is breathtaking, from Golding's soft, almost weightless opening on »One Giant Step« through to the skittish re-entry of »Reflection« as the musicians ricochet off one another, the album bursts with ideas and energy, yet remains coherent and singular in its purpose.

Recorded during a gap between the various lockdowns of 2020, you can sense the release from the musicians as they combine after enforced isolation with a telepathic sense of where to push each other: Noble interjecting both chaos and order from the drums; Edwards the rocket fuel propelling the unit on; and Golding soaring and cutting through on sax. You will not find a better showcase of these musicians' phenomenal abilities. This is free jazz at its most compelling and most engaging. »Moon Day« is undoubtedly a future jazz classic.