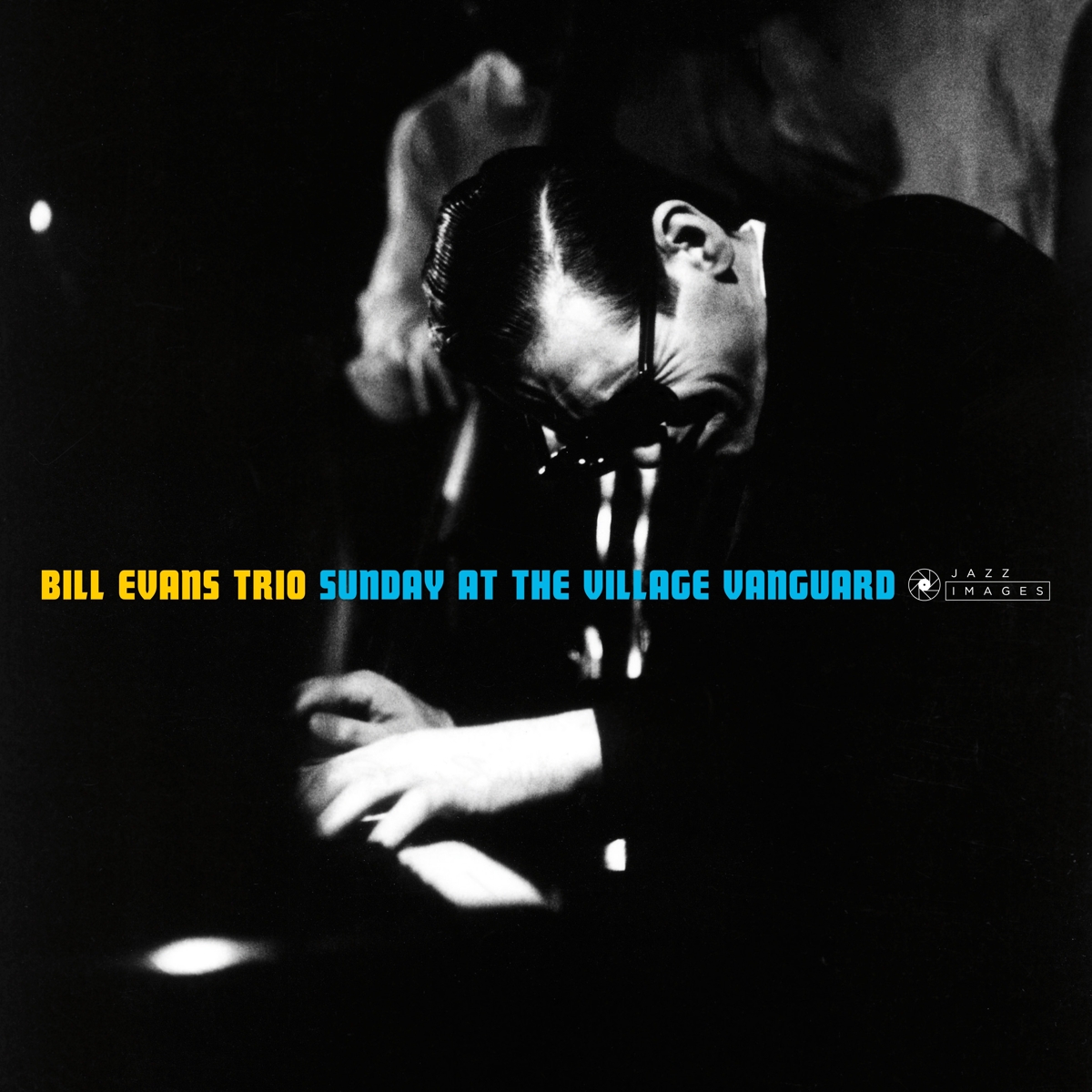 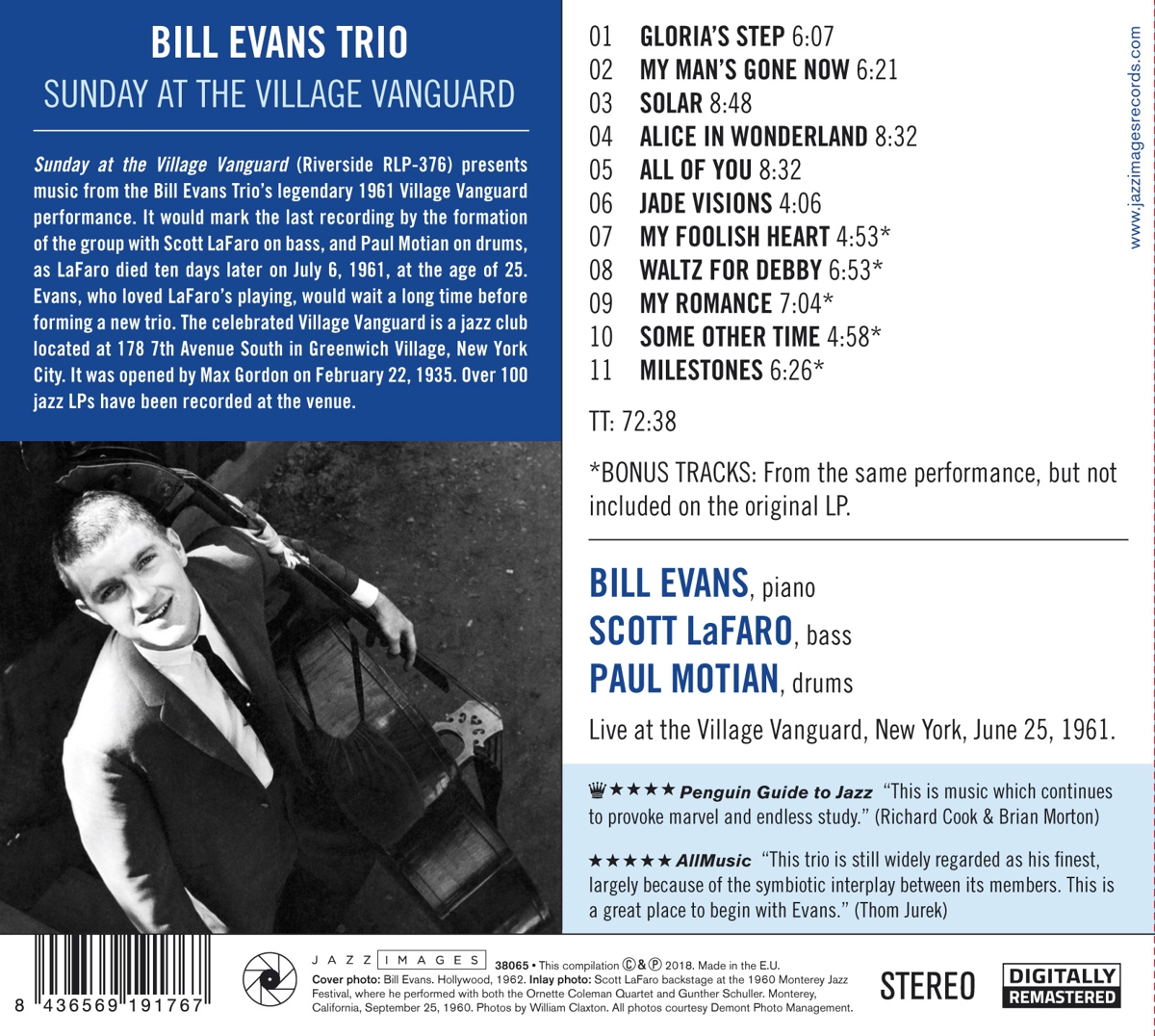 Sunday at the Village Vanguard presents music from the Bill Evans Trio’s legendary 1961 Village Vanguard performance. It would mark the last recording by the formation of the group with Scott LaFaro on bass, and Paul Motian on drums, as LaFaro died ten days later on July 6, 1961, at the age of 25. Evans, who loved LaFaro’s playing, would wait a long time before forming a new trio. The celebrated Village Vanguard is a jazz club located at 178 7th Avenue South in Greenwich Village, New York City. It was opened by Max Gordon on February 22, 1935. Over 100 jazz LPs have been recorded at the venue.