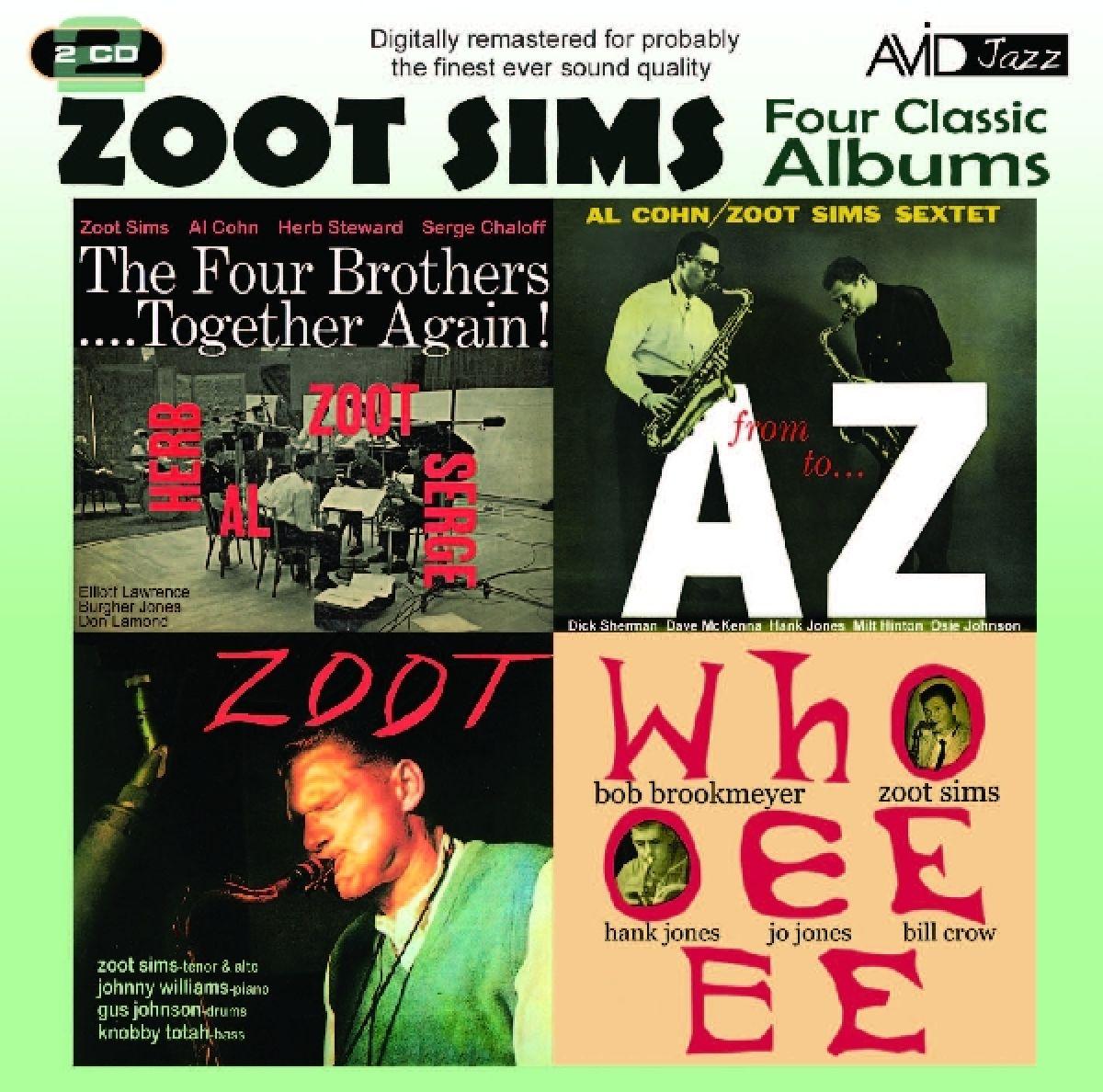 The Four Brothers Together Again!, From A to Z, Zoot and Whooeeee. Taking their name from their saxophone stylings in the 1940’s as part of the Woody Herman band the Four Brothers consisted at the time of recording Together Again in 1957 of Zoot Sims, Al Cohn, Herbie Steward and Serge Chaloff. Take a listen to the album and you will soon witness the Brothers refute the accusation that they all sounded alike! From A to Z finds Zoot again joined by Al Cohn alongside Ossie Johnson on drums, Milt Hinton on bass, Hank Jones on piano and Dick Sherman on trumpet recorded a year earlier in 1956 . To spot the difference between Zoot and Al, Zoot’s style is rather light and hard whereas Al’s somewhat heavier and softer. Zoot recorded in the same year 1956 finds Zoot in a Quartet with Johnny Williams on piano, Gus Johnson on drums and Knobby Totah on bass. Here we can fully concentrate on and appreciate Zoot’s playing as he is the sole sax man on the set! Our final album, with the wonderful title Whooeee finds Zoot joined by legendary trombonist Bob Brookmeyer, Hank Jones at the piano, Bill Crow on bass and Jo Jones on drums, again recorded in 1956, what a busy year that was! The music here in uncomplicated, always in the best of taste and always swinging.