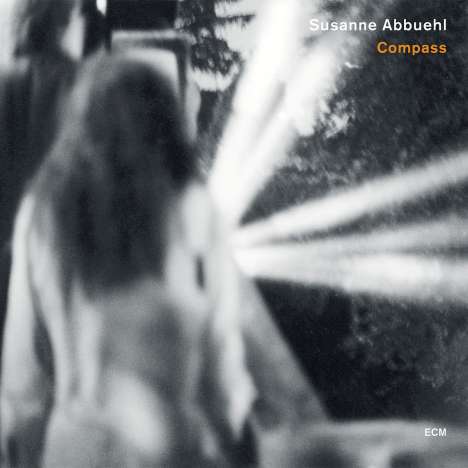 Susanne Abbuehl (geb. 1970)
April
CD
EUR 16,99*
Susanne Abbuehl’s “Compass” is a voyage at many levels: through text and music, and through text as music, with images evoking the salt-tang of sea air and the bright colours of wildflowers. A voyage through extreme poles of jazz – from Chick Corea to Sun Ra, through folk song in the slipstream of Luciano Berio, through poetry and prose-poetry of James Joyce, through verse as diverse as that of proto-modernist William Carlos Williams and Ming dynasty poet Feng Meng-Lung. It is a journey through subtly undulating chamber music, improvised and otherwise. Through it all, Abbuehl’s cool, undemonstrative-yet-strangely-mesmeric voice is the unifying factor. She sings and speaks and whispers directly into the listener’s ear; hers is an intimate, ‘interior’ voice: singing like thinking aloud.

“April”, the ECM debut disc which won the Swiss-Dutch singer many friends – and the Edison Music Award – in 2001 was an album of Abbuehl enthusiasms: with a range from Carla Bley to Indian music via E. E. Cummings, an enticing potpourri. “Compass”, again recorded in Oslo under producer Manfred Eicher’s direction, touches almost as wide a scope of idioms and ideas yet feels more unified. There is no raga this time but Abbuehl’s placement of sounds – each note in its place and a sense of all the time in the world to explore it – and her establishing of a sustained mood-tone-atmosphere has surely benefited from her ongoing studies of Indian music. The band too has grown more integrated, the grain of Susanne’s voice and the grain of Christof May’s clarinet often remarkably close now, two breathing entities in hushed space. Wolfert Brederode’s patient, elegant piano is an important, central presence. New drummer Lucas Niggli, drawing on his background in free improvising, shades and underlines meanings and implications.

We meet Abbuehl and her group on “Bathyal”, words and music by the singer, Brederode’s piano as waves and riplets over Niggli’s gently splashing drums and cymbals. “Dream dancing in the sea” is Susanne’s summary of the piece’s motion, “moving against the resistance of the water.”

“Black is the Color…”, written by the Kentucky singer John Jacob Niles, and the French traditional “Lo Fiolairé” were first heard by Abbuehl in Berio’s adaptations in his “Folk Songs” cycle. Inspired to new arrangements, Susanne emphasizes a more speechlike ‘folk’ character and has reduced her instrumentation to jus voices and clarinets. For these pieces Abbuehl and Christof May are joined by veteran French reedman Michel Portal. “Black is the Color…” has been very differently interpreted over the years by singers from Cathy Berberian to Patty Waters to Nina Simone to Robin Williamson; an instrumental version by Marc Johnson with Bill Frisell and John Scofield appeared on ECM in 1984. Abbuehl’s arrangement is a model of understatement and is the more powerful for it. In “Lo Fiolairé”, from the Auvergne, she sports with the story of the maiden at a spinning wheel who must explain how she came to give two kisses to a shepherd when asked for but one. “I love the sound of the language and the syllables, and the melody, combining different modes, is wonderful. The Dorian mode, for the ascending, opening melody line, establishes an open, field-singing kind of mood; later the scale is Aeolian minor...”

The album’s sole jazz standard, in an exceptionally beautiful slow motion rendition, is “Where Flamingos Fly”, vividly conveying the lonely waterfront, the cry of gulls, the departing ship: “Watch that boat take my baby / To where flamingos fly.” Abbuehl learned the tune from the 1962 album “The Newest Sound Around” by Ran Blake and Jeanne Lee, and was also moved by Gil Evans’s take on the piece on “Out of the Cool.”. Susanne had the privilege of studying with Jeanne Lee; the late, great new jazz singer counts amongst her mentors.

“Sea! Sea!” is a free setting of a cupful of prose scooped from James Joyce’s rolling river of sound, “Finnegan’s Wake”, the epic once described by Anthony Burgess as coming “as close to a work of nature as any artist ever got.” Like many a reader before her, Abbuehl has zigzagged her way over the surfaces of the text, intoxicated by the sound of the words and only intermittently catching their meaning. (It’s a dream, after all). A vignette of sorts almost comes into focus in her selection here, which she delivers as a literary rapper, almost, swinging and swaying through the syllabic rhythms and chains of alliteration.

Three further James Joyce pieces “The twilight turns from amethyst”, “Bright cap and streamers” and “In the dark pine-wood” are from Joyce’s 1907 verse collection “Chamber Music” and are simple and as clear as the “Wake” is opaque. Modelled on the Elizabethan poets, these light love lyrics were meant to be set to music, and have been, many times, over the last century. Abbuehl and the band find new ways to shape them. “The twilight…” is so convincing as a jazz ballad, with its images of the melancholy girl bending her head over yellowed piano keys that it may find its way into standard repertory in this version. Clearly, it should have been a jazz song all along.

The yellow ivory of the piano keys is supplanted by the yellow of flowers in William Carlos Williams exultant “Primrose”: “Yellow, yellow, yellow! It is not a color! It is summer!” Williams, one of the very first poets to find correspondences between verse and modern painting, talked about a poem as “a field of action”. Amid the improvised activity, Abbuehl creates structure out of the freedom Williams offers, appreciating also the poet’s delight in the small things that shape and decorate the world: “Tufts of purple grass spot the / green meadow and clouds the sky.”

There is a luminosity in Williams’s observations that links him to the oriental poets. He was likely inspired by them, through his friendship with Ezra Pound, whom T. S. Eliot ironically called “the inventor of Chinese poetry for our time”. When Pound was London editor of the Little Review he published works of Williams, Joyce and translations from the Chinese by Arthur Waley, a Bloomsbury based scholar soon part of the new literary movement. Waley’s translations often achieve a modernist looseness and informality. This is certainly the case in “Don’t Set Sail” by Feng-Meng Lung (1574-1645): “Don’t set sail / the wind is rising / and the weather none too good / far better come back to my house / If there is anything you want just tell me / if you’re cold, my body is warm...” Susanne came across the poem when in London, lecturing at the School of Sound. There, director Piers Plowright played a segment of his BBC documentary about the translator’s widow, in which Alison Waley is heard reading the poem. Abbuehl turns “Don’t Set Sail” into an affecting after-hours ballad, exquisitely delivered in duet with Wolfert Brederode.

Jazz mystic and tone scientist Sun Ra recorded his “A Call For All Demons” several times as “a warning about the future” (according to his former manager Alton Abraham). Susanne Abbuehl’s lyrics, less apocalyptic and not without humour, concern the balance of ‘angelic’ and ‘demonic’ forces within the individual. Her band’s demon-summoning is a sardonic dance of bass clarinet, dampened piano tones and metal percussion. “I love Sun Ra’s compositions,” Susanne says. “There’s a lot of asymmetrical writing which always has its own logic. He makes the radical sound very natural. I appreciate that very much.”

Abbuehl also sets her own lyrics to Chick Corea’s “Children’s Song #1”, to the composer’s considerable gratification. The playful quality of the melody, with intervallic leaps like stones skimmed over a pond’s surface, finds its echo in Susanne’s optimistic words. This first of the “Children’s Songs” dates from 1971 and first appeared on ECM in the version by Chick with Gary Burton on “Crystal Silence”. Later, with Manfred Eicher’s encouragement, Corea developed a cycle of the pieces, and recorded them for ECM in 1983. It is a body of work that merits reinvestigation, Abbuehl suggests, and it is not so far removed, in its deceptive, disarming simplicity from Bartók’s “Mikrokosmos” or, indeed, Kurtág’s “Játékok”. (In each case: children’s songs without a hint of condescension.)

On her second ECM album, Susanne Abbuehl more than lives up to the promises of “April”. The band’s growth of confidence is palpable, and the prognosis for the future is positive. Abbuehl has found her own route through a jazz world currently crowded with female singers; following her instincts and insights, she sounds like no one but herself. (ecmrecords. de)