Rebekka Bakken: The Art Of How To Fall 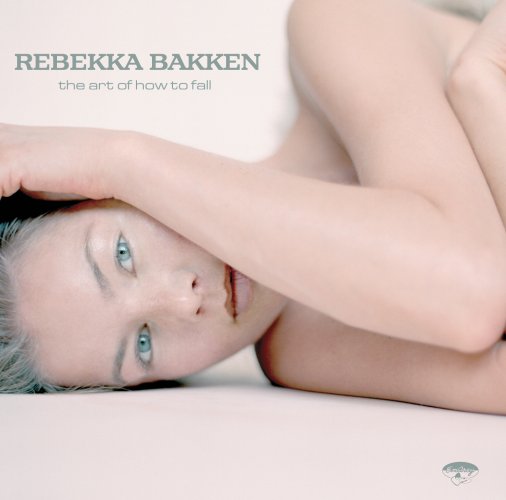 Bewertung:
Nur noch 1 Stück am Lager. Danach versandfertig innerhalb von 1-3 Tagen (soweit verfügbar beim Lieferanten)
-10%
EUR 9,99**
EUR 8,99*
Versandkosten
"The "art of how to fall" is the art of how to fall in love, as in the song," explains Norwegian singer songwriter Rebekka Bakken of the title of her debut solo album. "But it is also very much the art of letting go. Not holding on, not controlling, is a beautiful art." The Norwegian born artist knows a thing or two about this. Raised in Norway in the 1970s, without a radio or stereo, but lots of homemade music in the house, she started singing in pop and rock bands in her teens. She moved to New York in October of 1994. "That wasn't courageous. It was just something I wanted to do", she says with a laugh. "I went to New York to make music. And was shocked, because nobody called to make me a big star. So I started walking around the city, cleaning my apartment five times a day. Until I realized that if I wanted something in my life, I had to go out and get it. I can't expect others to get it for me." She started writing; stories, poems, and lyrics. By and for herself, without any intention of ever showing or reading, let alone singing them to anybody. "I wrote because it was the only nice thing I could do during the daytime. [It was] the only thing that gave me some pleasure, I didn't write for other people to hear it, but because I wanted to write. That's when I started being comfortable with who I am." In time, she came to the attention of Austrian guitarist Wolfgang Muthspiel, a virtuoso who had been playing around New York with people like Tom Harrell, Paul Motian and Marc Johnson. He couldn't help but notice the potential of this expressive vocalist, this abundantly talented and beautiful woman with the incredible stage presence and emotionally deep lyrics. Together they went on a musical exploration, way off the beaten path; a trip that led them to solid song structures, flowering folk attitudes and the harmonic richness and improvisational freedom of jazz. A few albums and several tours with Muthspiel later came the surprising and overwhelming success of Scattering Poems. The album, on which Rebekka sings poems by E. E. Cummings to the musical arrangements of pianist Julia Hülsmann, which became an overnight sensation at the beginning of 2003. Not least because of the very visible and vocal presence of Rebekka Bakken. Then after came this, her inevitable and eagerly awaited solo debut The Art Of How To Fall. Backed by a stellar cast of musicians including Eivind Aarset (guitar.), Roberto Cipelli (piano), Takuya Nakamura (keys), Dieter Ilg (bass) and Jojo Mayer (drums), this superb band add another layer of depth to this lovely album.

Hushed snare strokes and the ethereal, soaring sounds of a guitar lead into the beautiful melody of ‘If Only’. With a clear voice, that is natural and perhaps a little naïve, Bakken sings the story of a little girl in a big world who doesn't really want to grow up. Halfway into the song, when she breaks it down to its nursery rhyme-like essence, one gets to feel one of the great qualities of this singer. A believable and direct storyteller, the central narrative of Bakken’s various characters making their way, and in turn her way, in the world is the compelling thread that she continues to develop to this day, but begins in emphatic fashion here.

The questioning ballad ‘Say Goodbye To What Is Gone’, sees her effortlessly flying through her three octave range, also moves the listener with her impressive vocal power and the crystal clear beauty of her delivery, once again telling her story right from the heart. The haunting ‘Cover Me With Snow’, the Weill-like drinking song ‘Virgin's Lullaby’, the spoken word-intro before the driving funk of ‘Giant Body’, the sad but swinging ‘Worriless’ or the title-track, with it’s deceptive deep house synth chords mutates into a solid jazz tune, all show the many aspects of a blossoming artist finding her full creative potential. But however versatile she may be, she always stays true to herself. She is the one who lets go, who lets herself fall into the open ears of the listener. It feels like the very last line Rebekka Bakken sings on her album is not only it's theme but also her ideal: "Living is letting go". (emarcy. com)