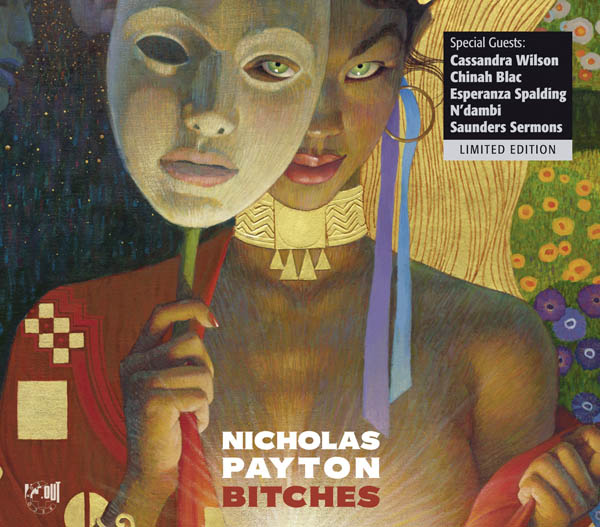 Bitches is a bold autobiographical solo masterwork, released on his own imprint, BMF Productions in partnership with Independent label and distributor, In and Out Records.

Bitches is a love story that musically chronicles the joys and heartbreak of relationship. A provocative and breakthrough recording on many levels, Nicholas played every instrument, composed all the songs, wrote all the lyrics, produced each track, and sings and plays trumpet throughout. He is accompanied by special guest vocalists Cassandra Wilson, Esperanza Spalding, N'Dambi, Chinah Blac and Saunders Sermons.

Payton explains of the album's concept: "The idea was to express how mature men feel in a relationship when things don't work out. It's actually a very vulnerable record. . . a love record essentially. The title might suggest something else to people, but none of the lyrical content is derogatory."

In speaking about the 16 songs on Bitches, Nicholas continues by expressing that: "To me, the whole point of life is to be in a relationship, with one's self and with other people. Without that mirror of relationship, we can't discover who we truly are. My mission is to constantly define and redefine who I am and what I am . . . to try to be better and to live the things I believe and say. That's not an easy road, but to me that's the only way to live."

If it sounds like Nicholas Payton is a genius musician, a gifted composer and producer, a skilled astute writer and sometime social provocateur, and a shrewd businessman, he is all that, and more. His craft and artistry defy all restrictions leaving little that he cannot do and so it's clear that Nicholas is rooted in more than just traditions.

Mehr von In + Out