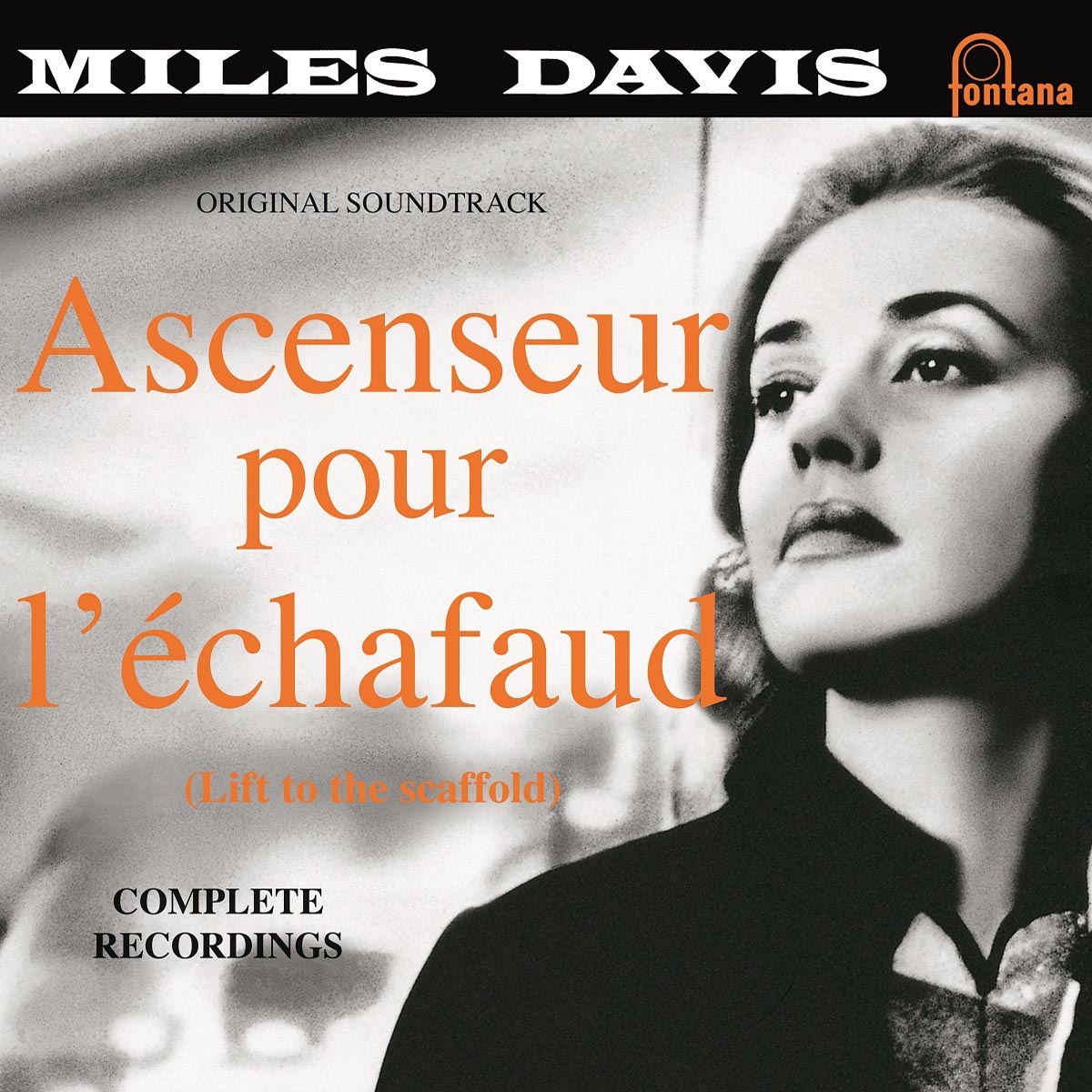 Ascenseur Pour L'échafaud is a 1958 French film directed by Louis Malle. It was released as "Lift to the Scaffold" in the UK. The film was nothing special, but it did accomplish one thing: it proposed a new ideal of cinematic realism, a new way to look at a woman. Jean-Paul Rappeneau, a jazz fan and Malle's assistant at the time, suggested asking Miles Davis to create the film's Soundtrack. He showed Davis a screening of the movie, and afterwards Miles knew exactly how to portray the smoky hazed or frantic scenes through sonic imagery. On December 4 1957, he brought four French Jazzmen (Barney Wilen / tenor saxophone, René Urtreger / piano, Pierre Michelot – bass and Kenny Clarke – drums) to the recording studio "Le Poste Parisien Studio" without having them prepare anything. Davis only gave the musicians a few rudimentary harmonic sequences he had assembled in his hotel room. Eventually "Ascenseur Pour L'échafaud" has become a great achievement of artistic excellence.