Michael Mantler: The School Of Understanding 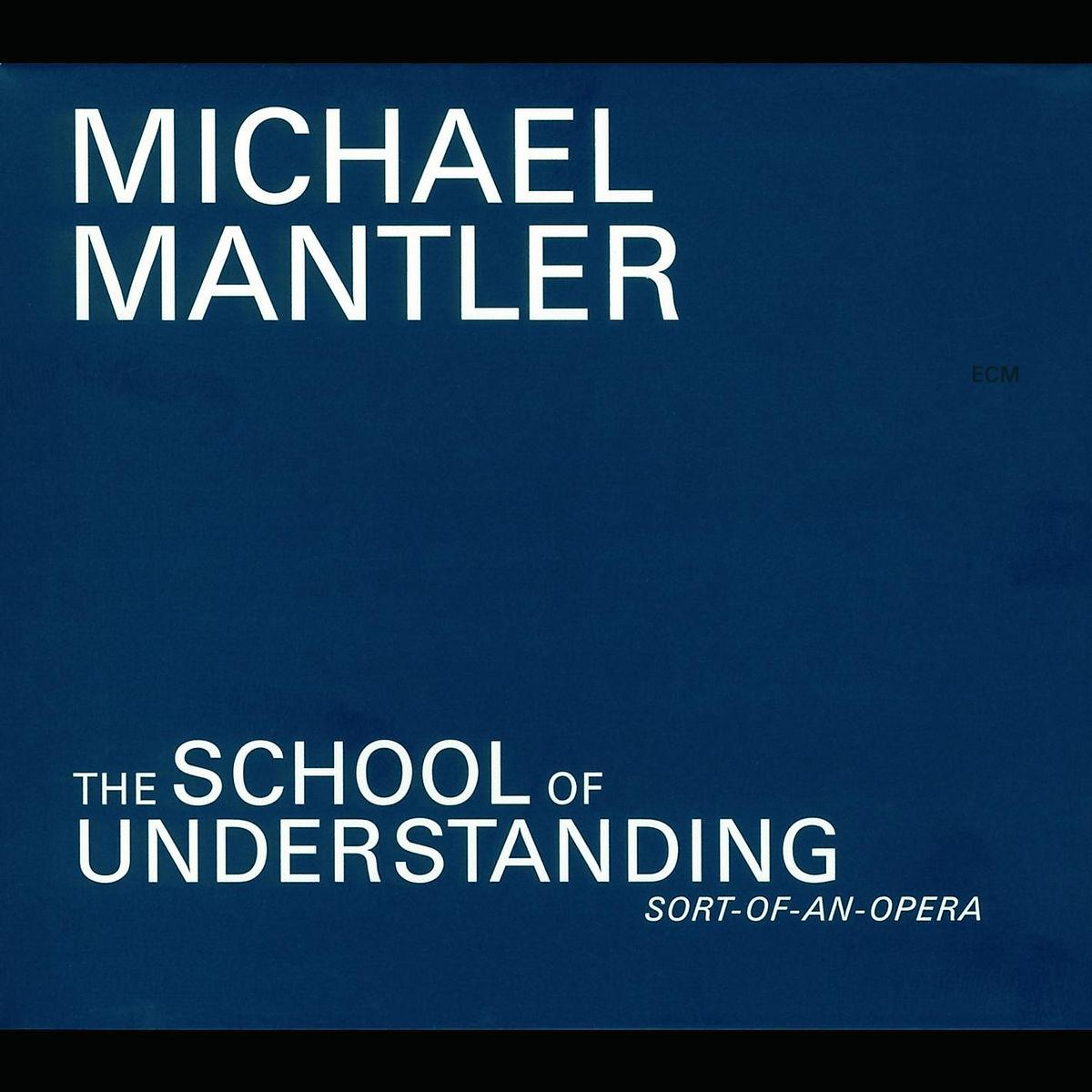 Bewertung:
Nur noch 1 Stück am Lager. Danach versandfertig innerhalb einer Woche (soweit verfügbar beim Lieferanten)
-15%
EUR 19,99**
EUR 16,99*
Subtitled "sort-of-an-opera", The School of Understanding was conceived originally as a multi-media work integrating vocal and instrumental music, video projections of images and text, lighting design geared to musical content and stage environments for the performers. The School of Languages - as the work was intially titled- was premiered on August 31 and September 1, 1996 at Copenhagen's Museum of Modern Art, and subsequently recorded in the Danish Radio Studio for CD release. It is, arguably, Michael Mantler's most ambitious undertaking to date. The composer writes:

"The fundamental theme of the work is 'understanding' - communicating literally through words and languages, and in particular recognizing and considering certain problems in today's society. The contextual framework is a language school where the Students participate in a multi-lingual conversation course led by the Teacher. After the Students have introduced themselves, some basic language study takes place. The principal common language is English, with key words, phrases and simple concepts being presented in several other langugaes (Danish, French, German, Italian, Spanish) in the song texts. The language is deliberately unpretentious everyday speech. The course then proceeds to its more advanced conversation stage. News reports of events are discussed, commented on, some personal stories are related by students, questions are raised and observations are made, but generally no answers are given.

"A developing romantic relationship between two of the students threads through the various eipsodes as a sort of mini-serial. Another consistently recurring and connecting element is that of a singer in the role of the Observer [played by Jack Bruce]. He serves as a somewhat illusory presence overlooking the proceedings from an outside pont of view, injecting reflections, questions and comments on the various events and topics."

Michael Mantler (born in Vienna, 1943) has in the past worked extensively with text settings, putting to music the words of playwrights, poets and novelists including Edward Gorey, Harold Pinter, Philippe Soupault, Ernst Meister, Giuseppe Ungaretti and, above all, Samuel Beckett. Mantler's setting of Beckett's "What Is The Word" - a version of which appeared on Folly Seeing All This (ECM 1648 / 49) - provides a conclusion to The School of Understanding. Otherwise the libretto is penned by Mantler - the first time he has undertaken the task.

After a 30-year sojourn in the United States where, amongst other activities, he worked with Cecil Taylor, formed the Jazz Composers Orchestra, launched the New Music Distribution Service and the WATT record label and toured and recorded extensively with Carla Bley, Mantler returned to Europe in 1991, basing himself in Copenhagen. The cast of The School of Understanding pools musical associates who worked with Mantler in the WATT years and current regular cohorts. Amongst the latter are members of his Danish group Chamber Music and Songs.

The solo singers on Mantler's new CD include four significant figures from the idiom that used to be termed progressive rock: Jack Bruce, Robert Wyatt, Don Preston and John Greaves. Bruce, who previously recorded with Mantler on No Answer, Live, Many Have No Speech and Folly Seeing All This, was of course the vocalist and singer of 1960s phenomenon Cream, a band that sold 35 million albums. In the course of his subsequent solo and freelance career, Bruce has worked with Tony Williams, Larry Young, John McLaughlin, Larry Coryell, Bob Dylan, Keith Richards, Frank Zappa, Gary Moore, Lou Reed, old partner Ginger Baker, Anton Fier, Billy Cobham, Bernie Worrell, Mark Nauseef and very many others.

Robert Wyatt, who appeared on Mantler's The Hapless Child, Silence and Many Have No Speech, was the singer and drummer with the influential English band Soft Machine, the first group to juxtapose free jazz creativity and rock dynamics. Since the early 1970s, Wyatt has worked as a singer / composer, releasing a string of critically-heralded albums, the most recent, Shleep, featuring Evan Parker, Philip Catherine, Annie Whitehead and Paul Weller. He has also recorded with Carla Bley, Nick Mason, Hugh Hopper, Kevin Ayers, Elvis Costello, Henry Cow, Hatfield And The North, Keith Tippett, the Amazing Band, Brian Eno, and Working Week, and sung the songs of John Cage. A Wyatt biography, Wrong Movements was published recently.

Don Preston was a charter member of the original Mothers Of Invention, appearing on over a hundred official and unofficial recording with the band; he continues to keep the Zappa legacy alive in the the rock band The Grandmothers, for which he is lead vocalist. Preston, who previously played with Mantler on Alien and Live, has worked in extremely diverse musical contexts from the London and Los Angeles Philharmonic Orchestras to the bands of Elvin Jones, John Carter and Charlie Haden, and sessions with, amongst many others, John Lennon and Meredith Monk. He has written music for many plays and films, including Coppola's award-winning Apocalypse Now.

John Greaves, heard on Mantler's Live album, was an important contributor to England's "art rock" scene of the early 70s, and a mainstay of such groups as Henry Cow and National Health. He has also worked with American singer / songwriter Peter Blegvad for 20 years and recorded with, amongst others, Robert Wyatt, Fred Frith, Link Wray, Michael Nyman, Peter Gordon and the Penguin Cafe Orchestra. Currently based in France, the former bass guitarist is now active as pianist / songwriter / singer. His newest recording Songs also features Robert Wyatt.

Karen Mantler, daughter of Carla Bley and Michael Mantler made her debut recording at the age of four, singing on her mother's "chronotransduction" Escalator Over The Hill (an album that also featured Jack Bruce, Michael Mantler and Don Preston) in 1970. In 1977 she joined the Carla Bley Band on glockenspiel in 1977, graduating later to the role of organist and harmonica player. She has released three albums under her own name on XtraWATT and appears furthermore on her father's Folly Seeing All This.

Although featured as a singer on School of Languages, Norway's Per Jørgensen is best known as a trumpeter and has recorded in this capacity for ECM, appearing on pianist Jon Balke's large ensemble albums with Oslo 13 and Magnetic North (Nonsentration and Further). Jørgensen also plays in trio with Balke and drumer Audun Kleive in the band Jøkleba and has worked with other well-known Scandinavian ensembles including Pierre Dørge's New Jungle Orchestra and Marilyn Mazur's Pulse Unit.

According to Mantler, Susi Hlydgaard "might very well be Denmark's next big pop star". Her debut CD My Female Family attracted widespread critical and public acclaim. Her background takes in classical training as pianist and singer, jazz performance, and a period in India studying vocal music.

Mona Larsen was the singer on Mantler's previous ECM release Cerco Un Paese Innocente and is the voice of his Chamber Music and Songs ensemble. Larsen has worked with many musicians including Clark Terry, Palle Mikkelborg, Thad Jones and Nils Henning Ørsted Pedersen and her rock-oriented Halberg / Larsen Band was for years one of Denmark's most popular groups. More recent projects include an album with Norma Winstone, Freedom Jazz Dance.

Other members of the Chamber Music and Songs ensemble featured on School of Understanding are guitarist Bjarne Roupé, keyboardist Kim Kristensen and the string quartet comprised of Marianne Sørensen and Mette Brandt (violins), Mette Winther (viola), and Helle Sørensen (cello). Roupé previously played with Miles Davis and Palle Mikkelborg on Aura and is, with Kristensen, a member of Marilyn Mazur's Ocean Fables group. The two Sørensens and Winther are members of the Danish Radio Concert Orchestra and also perform with diverse contemporary and chamber ensembles - as does Mette Brandt.

Roger Janotta is an ECM associate from way back, heard on recordings from the 1970s including four albums with vibraphonist Tom van der Geld, and was a member of the Carla Bley Big Band through the 1990s. Janotta has also worked extensively with theatre ensembles, his music for the Münchner Kammerspiele production of Faust in particular meeting with considerable acclaim.