Michael Mantler: Songs And One Symphony 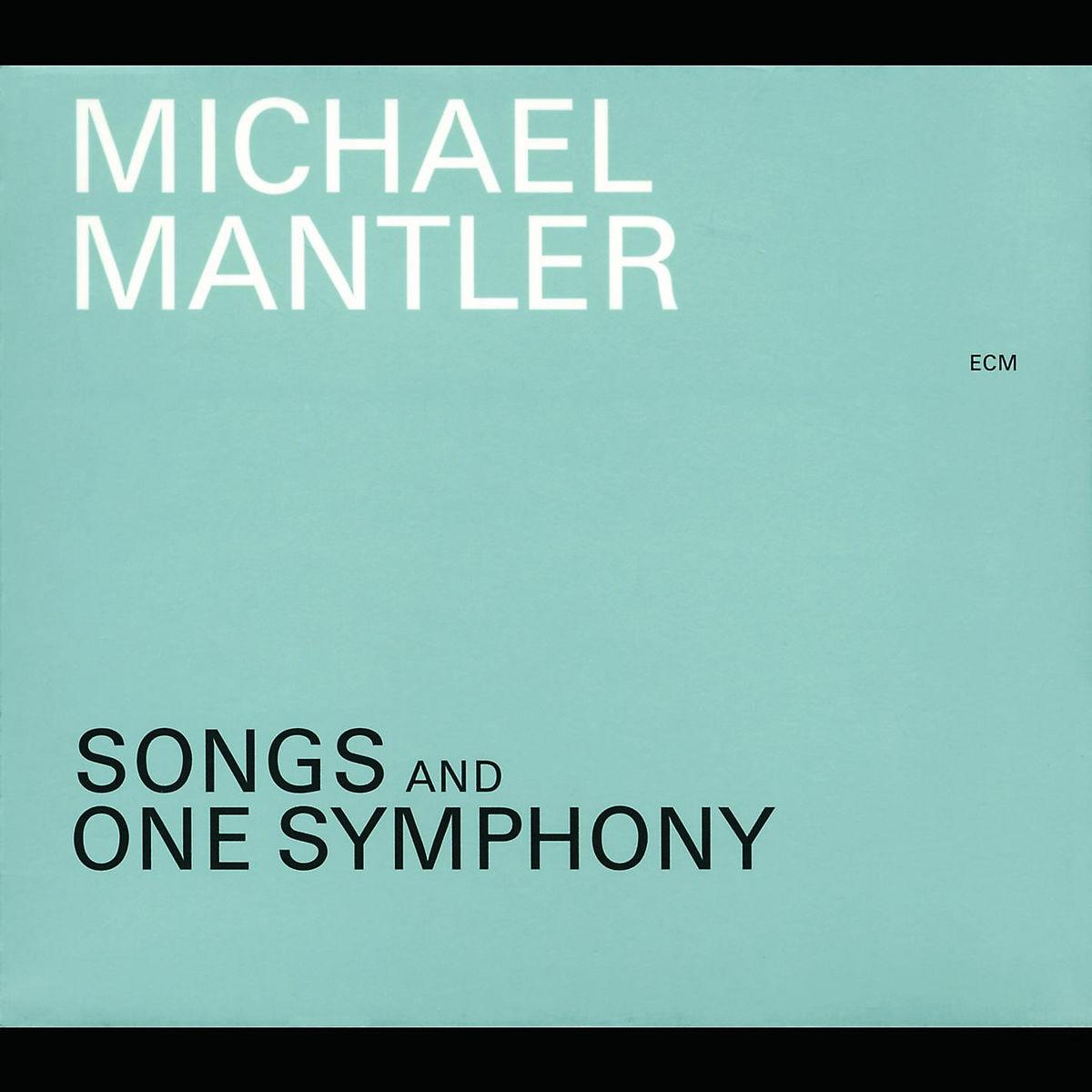 Bewertung:
Nur noch 1 Stück am Lager. Danach versandfertig innerhalb 1-2 Wochen (soweit verfügbar beim Lieferanten)
-17%
EUR 16,99**
EUR 13,99*
Versandkosten
NRW Vertrieb - ECM zum Sonderpreis
+ Mona Larsen,The Chamber Music and Songs Ensemble,The Radio Symphony Orchestra Frankfurt
Michael Mantler’s new disc is a record of two parts. It begins with English language versions of Ernst Meister poems that the Austrian-born composer first set to music in 1987 on his Many Have No Speech album (where they are sung, in German, by Jack Bruce). This time the pieces are performed by the Chamber Music and Songs Ensemble, the group Mantler formed in 1993 after resettling in Copenhagen. The ensemble was previously featured, alongside the Danish Radio Orchestra, on Cerco un paese innocente (ECM 1556, recorded 1994), and formed the unit core of Mantler’s “Sort of an Opera”, School of Understanding 1996, ECM 1648 / 49).

Chamber Music and Songs features singer Mona Larsen, guitarist Bjarne Roupé, keyboardist Kim Kristensen and a string quartet. “Having moved to Denmark I was of course looking for musicians,” Mantler noted during a recent trip to Munich, “and the first person I found was actually Bjarne – a great player. He has exceptional technique yet he’s also one of those rare intuitive players who will play the right note, the one I hear. For this reason, he’s the only player who sometimes gets a little more freedom on my records these days.” Roupé previously played with Miles Davis and Palle Mikkelborg on Aura.

Mona Larsen – like other singers Mantler has worked with (Robert Wyatt, Jack Bruce, Kevin Coyne, Marianne Faithful) comes from a pop background. “I don’t really like jazz singers,” Mantler confesses, “I like the more natural qualities of the pop and rock voices, but you have to be lucky to find pop singers who can also sing accurately, who are really musicians.” Larsen worked for years with the rock oriented Halberg / Larsen Band, which became one of Denmark’s most popular groups, then turned her back on the crowd, “tired of the whole pop field”, in Mantler’s words. After a period of re-evaluation she began to work with jazz musicians including Clark Terry, Nils Henning Ørsted Pedersen, Palle Mikkelborg and others.

To find repertoire for Chamber Music and Songs, Mantler: “rearranged a lot of material for the group. They did the Gorey songs, Beckett pieces, Pinter stuff, and I recorded most of it with the Danish radio.” Concluding that Gorey’s eccentric humour would have been a strange match for the symphony on the present disc, the composer chose to let Meister set the scene for him, with suitably dark sentiments: “Had I not my fill of misery I would not loose my tongue”, the poet declares, and we are at once returned to the austere territory that Michael Mantler has made his home turf. The scaled down versions of Meister on this album seem to gain from the reduction of instrumental forces. The Chamber And Songs Ensemble has a firm grip on the material.

“One Symphony”, created in response to a commission from German radio, is an inspired yet also logical progression for Michael Mantler, a work in which its author removes himself, finally, from pigeonholing as a “jazz composer”. The development was set in motion long ago, as the Austrian born composer has, over the years, given progressively less freedom to his interpreters. “One Symphony” is durchkomponiert. There is no leeway at all for improvisation. The man whose conceptual frames for the energies of Cecil Taylor, Pharoah Sanders and Don Cherry brought into being one of the crucial albums of the sixties, the 1968 “silver album” of the Jazz Composers Orchestra, now insists upon total editorial control. “As I get older [Mantler is now 56] I’m less patient with all the hassles that finding the great player and getting him to the recording venue entails. Firstly, there are not many great players left. I’ve gotten some great ones, but it was never easy. It was always financially, logistically and musically problematic, and sometimes the music that you end up with is quite a long way removed from the music you’d planned to make. If you’re open to that, fine, it can be a valid way to work. But I really know what I want to hear and I’m no longer satisfied with hoping to get it from somebody. So I’ve been writing music in a very narrow framework.

“And when Bernd Leukert of the Hessischer Rundfunk came to visit me in Copenhagen and said there was a symphony orchestra at my disposal if I wanted it, this was perfect timing. It corresponded to exactly what I wanted to do at that point.”

In his programme notes for the premiere concert in Frankfurt in November 1998, Mantler wrote, “The work was composed between March ’97 and August ’98. The basic concept for it was that of ‘symphony’ in its most elementary form – simply the utilization of a relatively large number and variety of instruments to perform musical materials organized to create a larger whole with a logical continuity. There is no programmatic content or message. It should exist as a piece of pure music, leaving the listeners to arrive at their own emotional interpretations. The neutral title was chosen for that reason as well as to suggest it being one of many possible symphonies.”

Where some earlier Mantler pieces might be difficult to envisage without the idiosyncratic players for whom they were written, “One Symphony” is a conscious attempt to write a piece that could, at least theoretically, fit into the modern orchestral repertoire:

“It’s very carefully written, very concentrated, but it makes no unreasonable demands of the players. None of the sounds are extreme. Nobody is asked to play beyond the range of his instrument, or to make sounds he’s never made before.”

Does Mantler, as a Viennese composer, feel an infinity with the neighbourhood giants of the 20th century – Schoenberg, Berg, and Webern' He laughs, briefly: “Only in the sense that exposure to their work originally opened up a sound world which I could use and can still use if I want to now, but this is unrelated to how they arrived at their compositional methods or their aesthetic standpoint.”

Though Mantler may wish to deliver work that is “just” music, stripped of extraneous associations, his compositions carry an unmistakable signature, with pitch relationships and choice of intervals as well as the characteristic atmospheric darkness confirming very quickly the author’s identity. Is there in fact, a Mantler “method”'.

“Of course one steals from oneself all the time. Perhaps somebody could study it and find some larger system at work, though I doubt it. Certainly there is no arbitrary numerical, analytical, mathematical or sound system involved. In some circumstances I might apply a kind of scheme to come up with a structure. More often I’ll write a melody that’s just a melody or find a chord that I like and then permutate that – turn it around, upside down, run it backwards. But then I take the knife and disregard all systematic thinking in the attempt to make music out of the material. Until, at the end, even I can’t recognise how I’ve arrived at the result.”

“One Symphony” was conducted by Peter Rundel, whose resumé includes much widely-praised work with the Ensemble Modern.

The year 2000 brings with it a flurry of activity for Mantler. Watt / ECM is re-releasing four back-catalogue items. “Movies” and “More Movies”, recordings from 1977, 1979 and 1980, and featuring Larry Coryell, Philip Catherine, Gary Windo, Steve Swallow, Carla Bley, Tony Williams, and D. Sharpe are reissued as a single CD. Two of Mantler’s earliest experiments with literary text settting – “No Answer” (recorded 1973, words by Samuel Beckett), and “Silence” (recorded 1976, words by Harold Pinter) – resurface as a double album. “No Answer” features Jack Bruce, Don Cherry and Carla Bley; “Silence” features Robert Wyatt, Kevin Coyne, Carla Bley, Ron McClure, and Chris Spedding. Two further CDs which have been out of print for a while, “Alien” and “Something There”, are also returned to the catalogue.

Currently Michael Mantler is at work on an album of songs with words by Paul Auster (from his play Hide And Seek) for chamber orchestra and the voices of Robert Wyatt and Susi Hyldgaard.