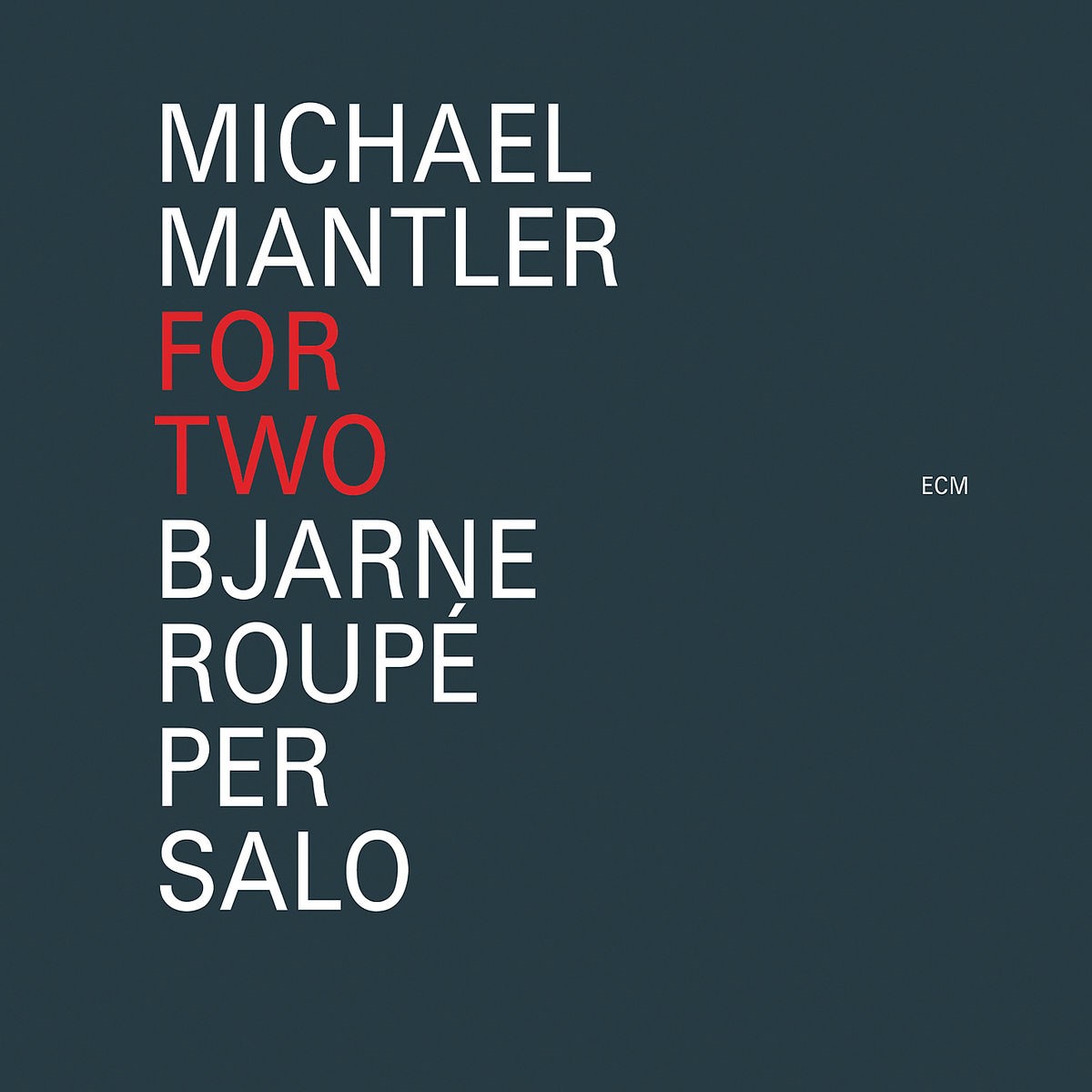 The concise and relatively short pieces (Duets 1 - 18) featured on this new recording continue Mantler's basic concept of creating music that is in part completely notated, but also involves improvisation. It is here reduced to a minimum, possibly his simplest and most economic interpretation of that idea so far, with only two instruments: the piano representing his basically orchestral compositional concept with a soloist from contemporary new music (a "classical" non-improvising pianist), combined with a second player coming from jazz, the guitarist (improvising / freely interpreting).

Bjarne Roupé
Born in Sweden in 1952, but now based in Copenhagen, is a well-known and immensely experienced musician who has performed and recorded with his own groups as well as with a multitude of international musicians and groups: The Danish Radio Big Band, Palle Mikkelborg and Miles Davis (Aura), Ocean Fables with Marilyn Mazur, Bo Stief's Chasing Dreams, Dizzy Gillespie, Eddie Harris, Bob Brookmeyer, Jimmy Smith, Toots Thielemans, Hermeto Pascoal, Clark Terry, Van Morrison, Georgie Fame, Johnny Griffin, Art Farmer, DeeDee Bridgewater, and many others. He also works freelance in the theaters and recording studios and teaches at Copenhagen's Conservatory for Rhythmic Music.
He continues the tradition of guitar soloists in Mantler's music as a member of his "Chamber Music and Songs" Ensemble and participated in the Cerco Un Paese Innocente and School of Understanding recordings and performances, followed by appearances on the Songs and One Symphony and Hide and Seek albums. His latest collaboration was as soloist on the "Guitar Concerto" during its premiere performance at the Berlin JazzFest 2007, subsequently released on Mantler's latest ECM recording Concertos.

Per Salo
Born in 1962 in Copenhagen Denmark, he studied piano and organ in Denmark, Italy and USA. and graduated with an Organ Diploma from the Royal Danish Conservatory of Music and with a Masters Degree in Piano Performance from the Juilliard School of Music in New York.
Very active both as a soloist and as a chamber musician, his repertoire includes many contemporary works and his concert activities have brought him to many European contries, Korea and the USA. Recently he appeared as a soloist in Olivier Messiaen's Turangalila Symphony at concerts in Germany and Denmark.
In 1996 he formed a duo with violinist Christina Åstrand, which released recordings of the violin music of Carl Nielsen, winning two prizes at the Danish Music Awards. 1997 the two musicians formed The Danish Horn Trio together with the French horn player Jakob Keiding. The trio has played in many festivals throughout Scandinavia and Europe and recorded horn trios by Johannes Brahms and György Ligeti, which was chosen as "CD of the Month" by the BBC Music Magazine.
As a piano soloist he has recorded numerous CDs with music by composers such as Charles Ives (Concord Sonata), Niels Viggo Bentzon (Piano Works) and Rued Langgaard. In 1997 Chandos released Per Salo's recording of Per Nørgaard's Concerto in Due Tempi, which he premiered with the Danish National Radio Symphony Orchestra when the composer was awarded the Léonie Sonning Music Prize. He has previously collaborated with Michael Mantler on his Hide and Seek CD.
Per Salo has received many awards, among them the Artist Prize of the Danish Music Critics. Since 1989 he holds the position of pianist and organist with the Danish National Radio Symphony Orchestra in Copenhagen. (mantlermusic. com)