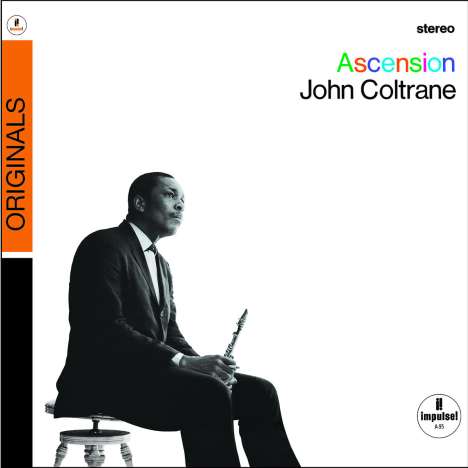 + Freddie Hubbard, Art Davis, Elvin Jones u.a.
* digitally remastered
*** Digipack
For thirty-five years Ascension has stood as a monument - either as John Coltrane's supreme, ecstatic statement of his musical liberation from chord changes or as his abandonment of all jazz tradition. Here he has reached the summit.

Although the influence of other musicians is evident in his music, it stands apart, now as then, from everything else in jazz. It is of unprecedented force and feeling.