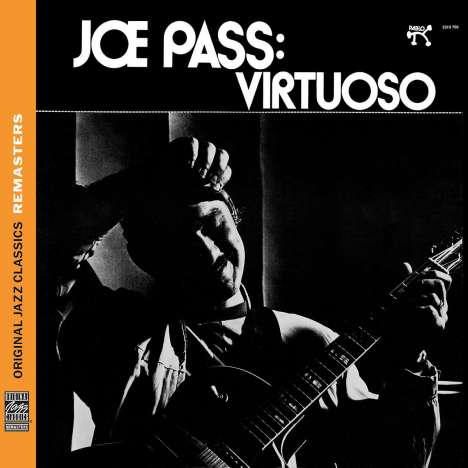 An extension of the popular Original Jazz Classics series (est. 1982), the new OJC Remasters releases reveal the sonic benefits of 24-bit remastering-a technology that didn't exist when these titles were originally issued on compact disc. The addition of newly-written liner notes further enhances the illuminating quality of the OJC Remasters reissues. "Each of the recordings in this series is an all-time jazz classic," says Nick Phillips, Vice President of Jazz and Catalog A&R at Concord Music Group and producer of the series. "With these reissues, we get a fresh look and a new perspective on these artists and some of their most important work-not only from the meticulous 24-bit remastering by Joe Tarantino, but also from the insights we glean from the new liner notes that have been written for each title in the series."

Joe Pass was already a virtuoso before cutting a record whose title referred to him as such, but the 1974 solo guitar release elevated him to international star status. In his new liner notes for this reissue, jazz biographer Doug Ramsey recalls bassist Jim Hughart's assessment of Pass: "If ever there was a guy who was a natural jazz guitarist, it was Joe Pass. Joe is like an artesian well of music, an unrestricted source of inspired jazz. He could play endlessly and rarely repeat himself."

Phillips, meanwhile, calls Virtuoso "the definitive Joe Pass recording. If you could only have one jazz guitar album in your collection, you could argue that this should be it. It includes some phenomenal playing, just as the title suggests...And it's one of those recordings that doesn't require that the listener be a jazz aficionado. I think anyone who has an interest in the guitar owes it to themselves to check out this recording." (concordmusicgroup. com)