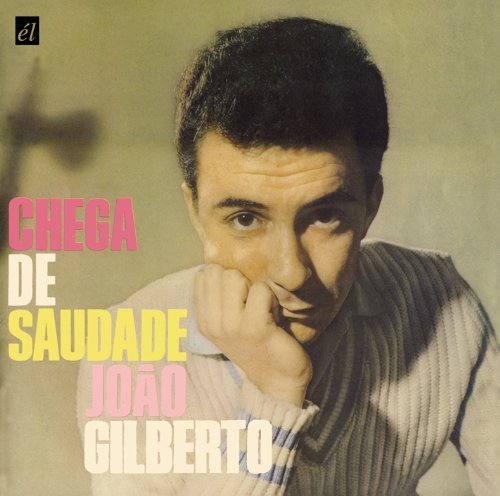 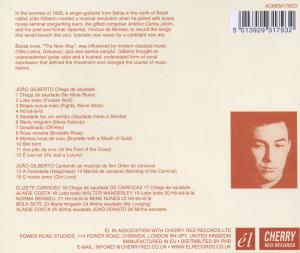 "(...) It would probably not be an overstatement to call this the most influential Brazilian album of all time. Originally released in 1959, Chega de Saudade is the album cited as creating bossa nova so to say that it lit a fire in the music world would be putting it mildly. It would be perhaps more accurate to say that it influenced so many musicians both at home (Caetano Veloso, Jorge Ben, etc.) and abroad (Stan Getz, Herbie Mann, Charlie Byrd) that it effectively single-handedly changed the way people both made and listened to music, and put Brazilian artists on the map. Almost every song on this album has gone on to become a standard (...) From the original liner notes.

In the summer of 1958, a singer-guitarist from Bahia in the north of Brazil called João Gilberto created a musical revolution when he joined with Bossa Novas seminal songwriting team, the gifted composer Antônio Carlos Jobim, and the poet and former diplomat, Vinicius de Moraes, to record the songs that would launch this cool, futuristic new music for a confident new era.

Bossa nova - The New Way - was influenced by modern classical music (Villa-Lobos, Debussy), jazz and samba-canção. Gilberto brought an unprecedented guitar style and a hushed, understated form of vocal expression that defined the movement and changed the course of music history.

In 1959 João Gilberto released Chega de saudade, the first bossa nova LP record and Brazilian music never looked back. Our edition features the original (long out of print) classic album in its entirety, supplemented by the impossibly rare EP of songs from the film Black Orpheus and recordings of some of the famous songs of Chega de saudade by contemporaries such as Elizete Cardoso, Os Cariocas, Alaide Costa, Norma Bengell and Bola Sete.