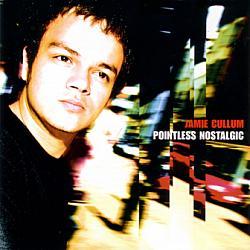 A caustic blend of hip, catchy originals, contemporary covers and standards, 'Pointless Nostalgic' went straight to the top of the charts and demanded attention. What followed was a bidding war between Universal and Sony, both desperate to get behind Candid Records on Jamie's future projects. Universal landed the multi-million pound deal and released Jamie's second album 'Twenty Something' in the UK October 2003.