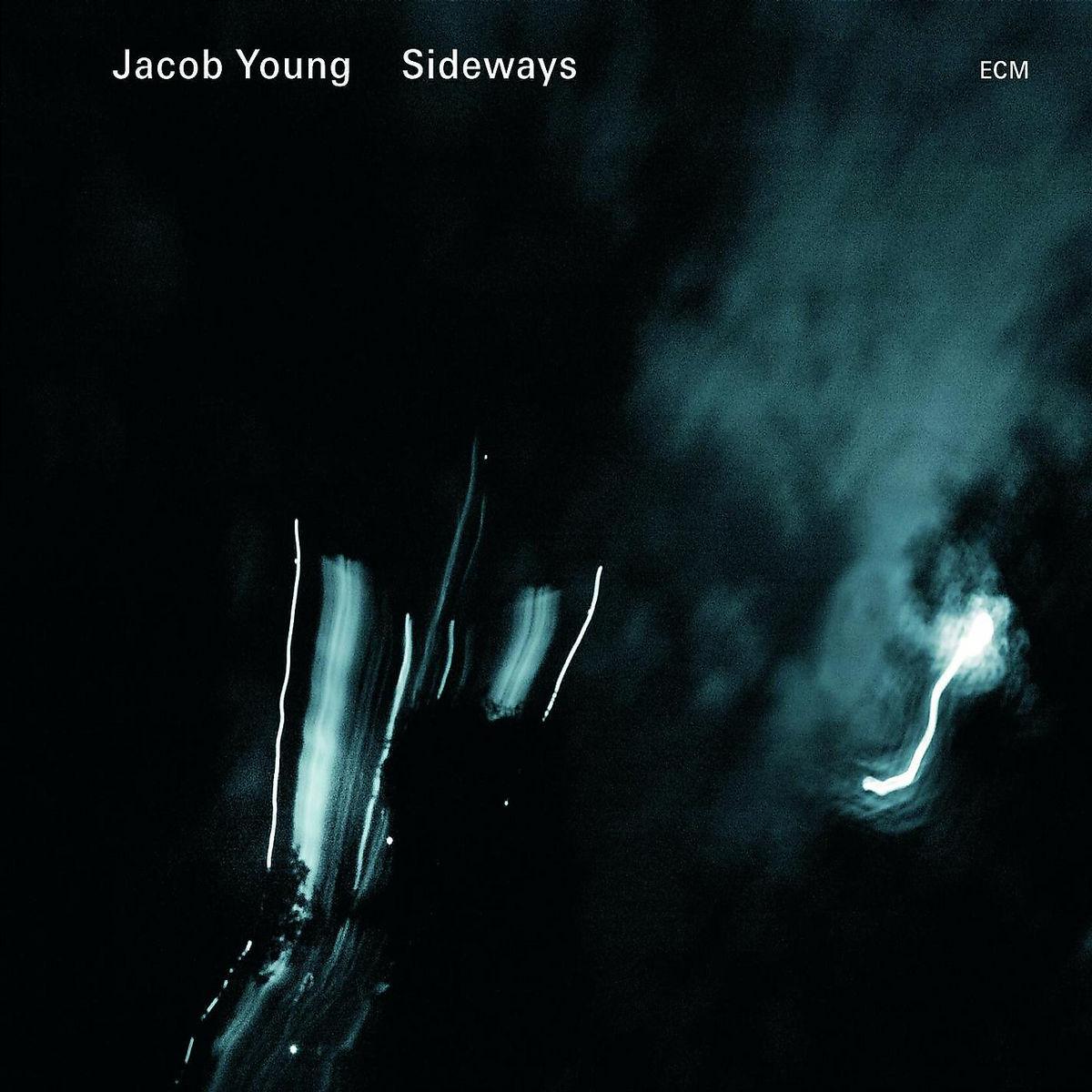 Bewertung:
versandfertig innerhalb von 1-3 Tagen
(soweit verfügbar beim Lieferanten)
EUR 16,99*
Versandkosten
+ Mathias Eick, Vidar Johansen, Mats Eilertsen, Jon Christensen
The second ECM album by Norwegian / American guitarist Jacob Young builds upon the template established by its predecessor, “Evening Falls”. In the three years that have elapsed since that release, the Young quintet has toured widely, strengthening its group concept, while the leader has developed a clear identity as guitarist and writer of buoyantly melodic material, the clearly-etched contours of his songs setting up the improvisation in fresh ways. In bringing together musicians from three generations of Norwegian improvisers, Young, already on “Evening Falls, was acknowledging the development of jazz in his homeland, by now a distinctive regional variety of the music with its own lines of influence: “There is a continuity of Norwegian jazz that’s apparent in many ways – perhaps mostly by its embrace of melodic improvisation in a frame with lots of space, providing the listener with a chance to reflect while listening.” Yet Young’s approach as player-composer is not defined exclusively by northerly directions. “Good music needs no passport,” he emphasises: “It is a borderless enterprise.” Nourished at the roots, of course, by the American jazz tradition.

Improvisational understanding in the group levels out the age differences: lyrically inventive trumpeter Mathias Eick may be 28 and resourceful drummer Jon Christensen 64 but they are clearly attuned to each other. A particular delight of the new album is the interplay between Young’s prominently-featured acoustic guitar and Christensen’s drums, in striking interplay on four of the pieces here – “Sideways” itself, “Near South End”, “Out of Night” and “Maybe We Can”. In an interview with All About Jazz, Young called Christensen the “director” of the band: “He’s more of a director than a drummer in the traditional sense, at least the way he plays now. He can push the tune in any direction he wants.” Christensen is at liberty to play freely, colour the music or drive it forward, to light fires under the musicians or detail their solos. Granted a lot of space both in Young’s tunes and in the broad sound-mix he uses it imaginatively and, sometimes, laconically (see “Near South End”) to open more spaces of his own. Incorrigibly committed to the idea of jazz as the sound of surprise, Christensen is in his best unpredictable form on “Sideways”, a disc which is, we believe, his 55th ECM recording. (The first of course was “Afric Pepperbird”, introducing the Garbarek Quartet with Terje Rypdal, Arild Andersen and Jon in 1970). He and Jacob Young have been playing together in diverse contexts since 1996.

Born in Lillehammer in 1970, Young was introduced to jazz by his American father, taking up the guitar at the age of 12. After studying music at the University of Oslo, he received a scholarship to the New School for Jazz and Contemporary Music in Manhattan. “At the New School I played in Jim Hall’s ensemble and took guitar lessons from him. Those were decisive experiences and I was really lucky to have had that chance. Jim Hall has been a guiding inspiration for my playing.” There were also studies with John Abercrombie: “He taught me that there are hard and fast rules, for everyone, when playing music, but you can break the rules.” (Statements from “Horizons Touched: The Music of ECM”, Granta 2007).

Vidar Johansen, featured primarily on bass clarinet on the last disc, makes a strong showing on tenor sax this time, see particularly, “Time Rebel”, “Near South End”, “Out Of Night”, “Hanna’s Lament” and “St. Ella”. Johansen, who previously played in Oslo 13 under Jon Balke’s direction, was a mainstay of the Norwegian jamming scene in the 1970s.

Trumpeter Mathias Eick recently appeared on Manu Katché’s “Playground” album and has been touring with the French drummer’s quintet. Other ECM appearances include Iro Haarla’s “Northbound”. In January 2007 Eick was given the New Talent Prize of the International Jazz Festivals Organization, at an awards ceremony in New York. He also leads a group of his own featuring Jon Balke and Audun Kleive, and is a member of the alternative rock / jazz collective Jaga Jazzist.

Bassist Mats Eilertsen has worked with Jacob Young since 1996; the leader describes him as “one of the most wonderful musicians to have emerged in Norway in recent years”. Eilertsen has also played alongside Bobo Stenson in the group Parish, and appears on “Currents”, the new album by Dutch pianist Wolfert Brederode, also released in November 2007.

This week’s highlight is Jacob Young’s ECM debut. The 33 year old has for a long time been one of the most complete jazz guitarists in Norway, but never before has his musical identity been more strongly expressed on CD than on Evening Falls. His compositions are good, and in his regular band – Mathias Eick, Vidar Johansen, Mats Eilertsen, Jon Christensen – he has musicians that make them come alive in an adventurous and sensitive way. Eick’s Kenny Wheeler / Dave Douglas inspired (but not copied) trumpet playing glows in these “nightmoods”. Christensen impresses in the “time and colour” role he has made for himself in jazz, and Young himself has jazz guitar history from Jim Hall to Pat Metheny in every single note. Patient perfection and never failing love of creative musicianship melt together and become a higher entity in this warming counterpoint to all the tundra-cold music that surround us. Terje Mosne, Dagbladet (Norway)

Bright with promise. … Young’s nine originals on Evening Falls are remarkable for their freshness, grace and lyrical purity. Songs like “Blue” and “The Promise” deserve to become jazz standards. They have the requisite inevitability, sounding as if they have always been here. With the unusual instrumentation of trumpet, bass clarinet, guitar, bass and drums, Young sets crosscurrents in motion and provides for subtle continuous counterpoint. Two other brilliant young Norwegian musicians make their debuts. Trumpeter Mathias Eick is only 24, but he plays precise, stark lines of aching melancholy. Mats Eilertsen may be the next in a long line of great Scandinavian bassists. Together, Eilertsen and the wily veteran of this band, Jon Christensen, generate a restless, flickering energy that gives this music its quiet fire. Thomas Conrad, Jazztimes

Any guitarist signing up to Manfred Eicher's ECM label is in good company; over the past 30 or so years, the label has done much to redefine the role of the instrument in contemporary jazz by providing a home to players as diverse as Pat Metheny, Terje Rypdal, Bill Frisell and even Derek Bailey. Jacob Young is yet another prodigiously talented player from the Nordic jazz gene pool, here making his debut for the label... The guitarist gives us melancholic, tasteful chamber jazz, immaculately produced and played... Beautiful stuff. Peter Marsh, BBC i Music

The Norwegian guitarist’s debut for ECM cements the favourable impression he has made in the company of artists like Karin Krog and Trygve Seim ... The music is all composed by the guitarist, with the exception of one cut co-written with veteran drummer Jon Christensen, whose trademark work behind the kit underpins the spacious ensemble feel of the music. As would expected from this line-up, the music has a strong Nordic feel, particularly in the composer’s lyrical melody lines and the haunting sonorities of Eick’s plangent trumpet and Johansen’s bass clarinet. Kenny Mathieson, Jazzwise

A lyrical, softly swaying debut from a Norwegian guitarist who, despite his youth, has worked with some of the luminaries of the Scandinavian scene, including Nils Petter Molvaer and Trygve Seim. ECM house-drummer Jon Christensen lends his alert restraint to the set, and the gifted Mats Eilertsen alternately pushes and cushions the music at every turn on bass. Jacob Young was a student of Jim Hall and John Abercrombie, and the connections are apparent in his subtle dynamics and rounded tone. You might think, judging by Young’s cool, oblique antecedents and ECM’s history, that this is destined to be an ambient, slow-moving, idiomatically ambiguous affair. But although it’s largely pensive, it has its surprisingly jazzy and nimble moments, with incisive solos from saxophonist and clarinettist Vidar Johansen, and some stunning contributions from trumpeter Mathias Eick. John Fordham, The Guardian

Christensen is perfect in this setting and in certain ways defines this record. Its pace is slow, stately and impressionistic and, along with the excellent Eilertsen, the drummer provides its pulse and sense of movement. Young himself relies heavily on acoustic guitar - his electric playing recalls Metheny – and that, and his concern with timbre and texture, makes for some beautiful music. … A fine record and one that bodes well for Young’s future work. Duncan Heining, Jazzwise

Although this is a band that depends on the interplay between each musician it is the insidious strength of Young’s compositions that provide the thread of continuity. … Mathias Eick and Vidar Johansen evoke memories of Miles and Coltrane in the way they vie with one another trading lines, feeding ideas back and forth, always searching, always striving… Young solos seldom, and when he does it is on acoustic, but his strength lays in the management of the rhythm. His relationship with Eilertsen and Christensen seems telepathic… On the evidence of Sideways, Young and his band have a very healthy future before them. Hugh Gregory, Jazzreview