In The Country: This Was The Pace Of My Heartbeat 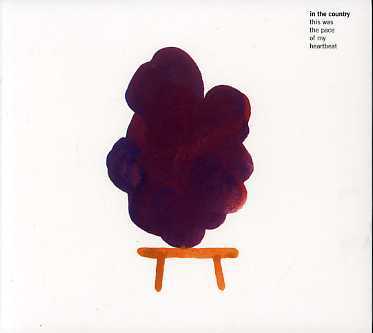 Bewertung:
lieferbar innerhalb 2-3 Wochen
(soweit verfügbar beim Lieferanten)
EUR 10,99*
Versandkosten
Morten Qvenild (26) is already a central force in a young generation of extremely competent musicians operating with great ease between various genres. He is Susanna_s orchestra and writing partner in Susanna and the Magical Orchestra, he is a member, writer and arranger for acclaimed Norwegian jazz singer Solveig Slettahjell, he was a writer and member of Jaga Jazzist and a member of Shining since the beginning and up to their latest album. Finally he is a member of The National Bank, a pop / rock group with the Horntveth brothers from Jaga Jazzist in the lineup, recently enjoying several weeks at the top spot of the Norwegian charts. In The Country is in many ways his baby, a piano trio started in 2003 when he met bass player Roger Arntzen (28) and drummer P_l Hulsken (25) at the Norwegian Academy of Music in Oslo. As with Morten, they are both active in other groups as well, Roger most notably in Damp with Shining leader Jórgen Munkeby and P_l with singer Hilde Marie Kjersem in Tub Quartet. Nine tracks are his compositions, two are adaptions of compositions from as diverse sources as Ryan Adams and Georg F. H_ndel. Morten says that writers like Adams, Bob Dylan and Dolly Parton have been important to him in hopefully bringing clarity, focus and a certain pop structure into his writing. When it comes to piano players, he has never listened much to Keith Jarrett, as many other players seem to have done, but will admit to a certain fondness for Paul Bley and the late Norwegian free player Svein Finnerud. Regarding the use of sound and space in the music he cites modern composers such as Olivier Messiaen and Morton Feldman as sources of inspiration.

Mehr von In The Country

In The Country
Sounds And Sights
CD, DVD
EUR 9,99*