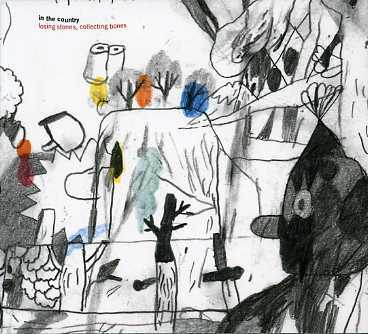 Bewertung:
lieferbar innerhalb 1-2 Wochen
(soweit verfügbar beim Lieferanten)
EUR 17,99*
Versandkosten
Morten Qvenild (27) is probably best known for being the orchestra in Susanna and the Magical Orchestra but has plenty more to show for. He has been a member of both Shining and Jaga Jazzist and is since long a member of Solveig Slettahjell_s Slow Motion Orchestra. He formed In The Country with fellow music students Roger Arntzen (29) and P_l Hausken (26) at the Norwegian Academy of Music in Oslo in 2003. Since then they have been selected best young jazz artists in Norway, played concerts in Europe and USA and released their debut album "This Was The Pace Of My Heartbeat" (Rune Grammofon 2005) to much critical acclaim. Downbeat called it "one of the finest and most arresting albums to come out of Europe" that year, Mojo said "startling", Straight No Chaser said "fantastic" and a host of others followed. "Losing Stones..." is 11 brand new Qvenild originals that are bound to establish him as a writer with a strong signature, original and melodic with elements from pop, rock, country, folk, godspel, blues, classical. It_s all quite accesible, but also very rich in detail, new twists and melodic turns are revealed with each listen. His playing is, naturally, the focal point of the trio, but Arntzen and Hausken are not merely the pianist_s rhythm section. All play their parts in shaping a strong group identity. Needless to say, we are absolutely thrilled with the result, a truly original record in its genre, wonderfully performed and recorded in the legendary Atlantis Studio in Stockholm, home of the first classic Abba recordings and full of vintage analogue equipment. Special thanks to engineer Janne Hansson for his care and attention and a wonderful working enviroment, Bob Katz for giving it the finishing touch at the mastering stage and Kim Hiorthóy for the extraordinary art work. Stefan Sundstr÷m is a Swedish singer and writer with a number of releases to his name, Marc Ribot have played with Tom Waits for a long time, but is an esteemed artist in his own right.

Mehr von In The Country

In The Country
Sounds And Sights
CD, DVD
EUR 9,99*

In The Country
This Was The Pace Of My Heartbeat
CD
EUR 10,99*