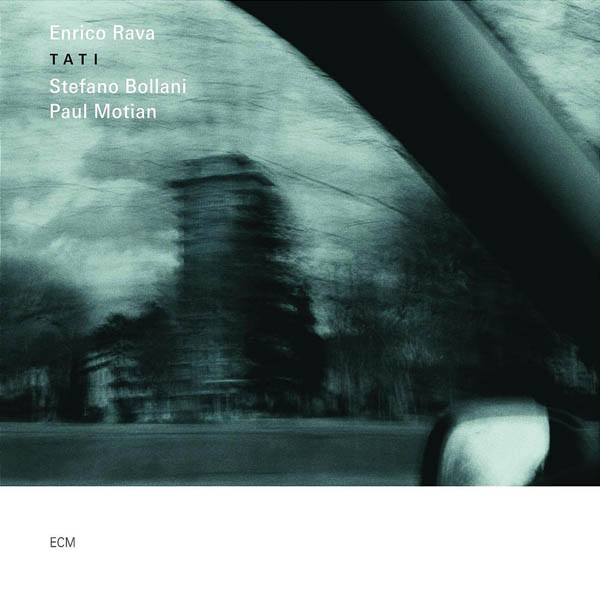 A ballads album of remarkable musical range and depth, an intensely melodic disc, featuring the unorthodox line-up of trumpet, piano and drums.

Italian trumpeter Enrico Rava’s return, after a 17 year absence, to ECM with “Easy Living” was widely celebrated. “One of the best jazz albums of recent years,” wrote Stuart Nicholson in The Spectator, “a classic at a time when you thought classic jazz albums were a thing of the past.” The album collected international prizes, appeared on many Christmas best-of lists, and took the 2004 Critics Poll of Italy’s Musica Jazz by storm. Editor Filippo Bianchi informed us, “The only category that Enrico Rava did not win is ‘Young Talent’ - in other words he won ‘Musician of the Year’, ‘Best Record of the Year’ and ‘Best Group’, not a bad idea to have him back at ECM I dare say...”

One of the highlights of “Easy Living” was the extraordinary rapport between Rava and the prodigiously talented young pianist Stefano Bollani. “A phenomenon,” the trumpeter says, “a real poet of the piano. His technique is one of the most amazing I’ve ever come across. Every time we play I’m surprised. And we’ve played together hundreds of times.”

Associated for almost a decade now, Enrico Rava and Stefano Bollani also play in duo. Producer Manfred Eicher: “I appreciated their duo playing very much. What they do there is very linear, and I thought about what Paul Motian might bring to their interaction, that he could bring in a horizontal dimension, and waves of sound that would inspire them in new ways. For me, Motian is the great player of waves, a creator of musical depth, and an adagio drummer par excellence. He opens out the space. So that’s how we began: with freely-phrased ballads that developed naturally and organically toward more complex rhythmic constructions.”

“Tati” was recorded in New York’s Avatar Studios. The album opens with George Gershwin’s “The Man I Love”, which veteran jazz followers perhaps associate most strongly with the Miles Davis / Thelonious Monk 1954 version. Davis’s playing has been a touchstone for Rava throughout his career, and Motian, a history man, actually worked with Monk in the 1950s. Bollani feels his way gently in the tune... then dazzles.

Eicher: “Bollani has a refreshingly non-American approach, closer to Martial Solal than the Berklee School”. Bright ideas and a certain wit and cunning prevail. Of his own work Bollani (born 1972) has said that his music “lives under the sign of irony, with a pronounced Italian flavour”, on this disc perhaps truest of his own piece “Casa di bambola” (Dolls’ House).

Throughout “Tati”, Rava’s tone is burnished, secure. In his mid-sixties his playing is even more focused than it was in his thirties, when he started with ECM. “It’s true”, Enrico avers. “In the last six or seven years, I’ve pushed my trumpet playing to a different level, and added half an octave to my range.”

Most of the material on “Tati” – including the beautiful title track, a tribute to French filmmaker Jacques Tati – is Rava’s, naturally and intuitively melodic. The ballads are augmented by Puccini’s “E lucevan le stelle” from “Tosca”: Reinterpreting opera themes has become a Rava speciality, and underlines the notion of a lyrical continuum in Italian music. Enrico’s “Cornetteology”, meanwhile, reveals the trumpeter’s love for the melodic end of free jazz. Early Ornette Coleman is invoked, with exceptionally quick witted interplay among the participants.

Motian also contributes three of his characteristically elliptical pieces. “Birdsong”, suggestive of a missing link between Monk and Erik Satie, has been a concert favourite of Paul’s trio with Bill Frisell and Joe Lovano, and “Fantasm” was first recorded on the 1981 ECM album “Psalm” and then reprised recently on Paul’s ECM/: rarum “Selected Recordings” collection. “Gang of 5” is another piece that goes back to the early 1980s and has been played by a number of artists – including the aforementioned Martial Solal.

One of the leading architects of Italian jazz, Enrico Rava was also one of the first Europeans to find wholehearted acceptance from New York’s players. In the mid 1960s he lived in NYC, working regularly with Steve Lacy, Roswell Rudd, Carla Bley and others. In 1969 he formed his first American band featuring a then almost-unknown guitar player, John Abercrombie. Abercrombie was also present on Enrico’s first ECM disc, “The Pilgrim and the Stars” (1975). Other acclaimed albums followed including 1986’s “Volver”, with Dino Saluzzi. Rather like that other great European trumpeter Tomasz Stanko, Rava started out influenced by Miles Davis and Chet Baker, contributed to the development of free jazz, then in his later music found a new and more intensely melodic approach. Form has become more important to him in his later years. Rava looked back on the shape of his career in the book “Note necessaire. Come un’autobiogafia”, issued in 2004 by Italian publisher Minimum Fax.

Stefano Bollani has a burgeoning solo career of his own and is adept in all the idioms. A graduate of Florence’s Cherubini Conservatory he is well versed in classical music, but the early part of his career was spent touring as a keyboardist with Italy’s pop singers. He has described Enrico Rava as his “mentor”, and indeed Rava encouraged him in his transition from the rock and pop world to jazz. Bollani has played on more than 70 albums and participated in concerts with amongst others Pat Metheny, Lee Konitz, Phil Woods, Richard Galliano, Miroslav Vitous and Gato Barbieri. Bollani won the Italian Django d’Or in 2000, and is the first European musician ever to have won the New Star Award of Japanese magazine Swing Journal.

Paul Motian of course is one of jazz’s great veterans. After playing with Monk and Lennie Tristano in the 1950s he made music history with the Bill Evans Trio and went on to rechannel the direction of jazz in his work with Paul Bley and Keith Jarrett. ECM encouraged his growth as a composer and bandleader and recently issued “I Have The Room Above Her” with Motian’s long-standing trio with Bill Frisell and Joe Lovano, as well as “Storyteller” by the Marilyn Crispell Trio which features Motian as drummer and songwriter. Further ECM recordings, including a disc with the drummer’s Electric BeBop Band are in preparation.

Enrico Rava
The Pilgrim And The Stars
CD
EUR 8,99*

Enrico Rava
The Pilgrim And The Stars
CD
EUR 8,99*