Enrico Rava: The Words And The Days 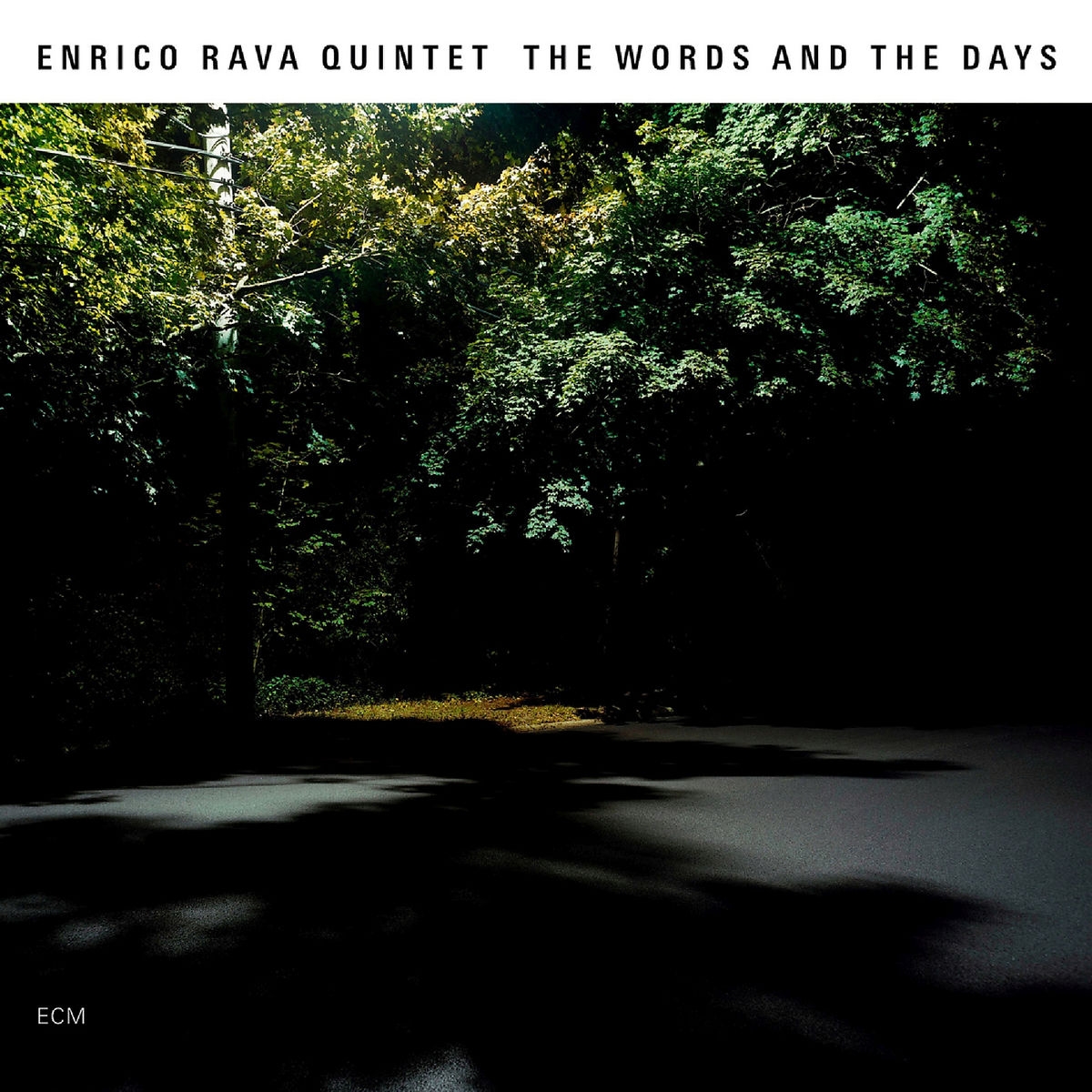 Bewertung:
umgehend lieferbar, Bestand beim Lieferanten vorhanden
EUR 17,99*
Versandkosten
+ Gianluca Petrella, Andrea Pozza, Rosario Bonaccorso,
Roberto Gatto
“The Words and the Days”, the new quintet album by Enrico Rava, picks up where “Easy Living” left off. Rava’s widely acclaimed return to ECM in 2003 was not only a reintroduction to one of European jazz’s most elegantly inventive players, it was also a significant showcase for a real band. This is no less striking on “The Words and the Days”: with team-spirited pianist Andrea Pozza replacing virtuosic soloist Stefano Bollani, the group’s sense of purpose is redoubled. Securely anchored in the tradition, rhythmically-assured and flexible, the quintet is able to react instantly to Rava’s changing moods. One of the particular pleasures is Enrico’s creative rapport with trombonist Gianluca Petrella – arguably Rava’s most compatible frontline partner since the days when Rava and Roswell Rudd pooled personnel for their respective bands, but the whole group is in fine form throughout.

Rava’s spectrum is broad. Pat Metheny recently spoke of the trumpeter’s “amazing conception of melody and music in general, which instantly offered everything to my ears that I loved to hear, all in one unbelievably beautiful package” (Down Beat, January 2006), and the music’s non-demonstrative compendiousness is certainly part of its charm. Rava (born 1939 in Trieste) is one of the few players who have explored almost all of jazz’s history. He started out playing Kid Ory-inspired trombone in a Dixieland band then switched to trumpet after seeing Miles Davis play in Turin with Lester Young in 1956. In the early 1960s, at the urging of Gato Barbieri, he became a full time jazz musician, joining Gato’s band in 1964. In Rome he met Steve Lacy and toured widely with him, recording the classic “The Forest and the Zoo” (ESP) in Buenos Aires in 1966. The association with Lacy also brought him into contact with New York’s Jazz Composer’s Orchestra (Rava plays on Carla Bley’s “Escalator Over The Hill”) and with Cecil Taylor. He made his ECM debut with “The Pilgrim And The Stars” in 1975, featuring John Abercrombie, Palle Danielsson and Jon Christensen. Later ECM recordings included groups with Roswell Rudd (“Enrico Rava Quartet”, 1978) and Dino Saluzzi (“Volver”, 1986). He also toured and recorded with Alex Schlippenbach’s Globe Unity Orchestra (“Compositions”, 1979). But no matter how “free” the context, Rava was always a melodic, singing trumpeter. The lyrical side of his playing, and his composing, has developed over the years, but already in the 1970s Rava was contrasting a mellow ‘romantic’ trumpet sound with freer tendencies. This is one of the subjects of “Dr. Ra and Mr. Va”, a piece first heard on “The Plot”, 1976, revisited now on “The Words and the Days”. Another of Rava’s continuing interests has been the soundworld of Don Cherry and Ornette Coleman. This was touched upon on both “Easy Living” and on “Tati” (2004), Enrico’s trio recording with Stefano Bollani and Paul Motian. Now Rava plays Cherry’s “Art Deco” as a duet with Gianluca Petrella.

Repertoire, otherwise, is composed by Rava, save for “Traps” by drummer Roberto Gatto, bassist Rosario Bonaccorso’s “Sogni proibiti” (forbidden dreams), and the standard “The Wind” – the Russ Freeman tune which Chet Baker used to play. Enrico’s “Echoes of Duke” conjures the Ellington of the Cotton Club years, at least in its early moments, while “Serpent” is an undulating piece whose unpredictable trajectory brings late 60s Miles to mind – yet all these are unmistakably stamped with Rava’s musical personality. The title track is a particularly affecting instance of his vaulting melodic flair in a free ballad context, “Secrets” a piece he has returned to over the years... In all, a rich and varied programme.

New pianist Andrea Pozza (born 1965 in Genoa) began playing jazz at the age of 13 in the clubs of Genoa. He has accompanied very many American players, amongst them Lee Konitz, Chet Baker, Slide Hampton, Charlie Mariano, Sal Nistico, George Coleman, Al Grey, Jimmy Knepper and many more. He has worked extensively with saxophonist Steve Grossman.

Trombonist Gianluca Petrella (born 1975 in Bari) has played with Rava for a decade already. Earlier in his career he worked with Roberto Ottaviano, Carla Bley, Greg Osby, Lester Bowie and others. He made his ECM debut in 2001 on “Charmediterranéan” by the Orchestre National de Jazz with Anouar Brahem and Gianluigi Trovesi. In 2005 he issued an album as a leader with Blue Note. Petrella also works regularly with singer Cristina Zavalloni.

Bassist Rosario Bonaccorso (born 1957 in Sicily) is especially valued for his ability to play “in the tradition” and has been a valued sideman for international players including Benny Golson, James Moody, Lee Konitz, George Coleman, Clark Terry and Cedar Walton. He also leads his own quintet, for which Andrea Pozza is pianist.

Roberto Gatto (born 1958 in Rome) has been associated, off and on, with Rava over a period of more than 20 years. Reviewing the drummer with Enrico, Down Beat wrote, “Gatto listens and responds: Tony Williams and Jack DeJohnette together.” His inspirations are wider however, and he has also been influenced by ‘free’ drummers including Han Bennink. Gatto has played with a vast cast of international jazz talents, including: Tommy Flanagan, Michael Brecker, John Abercrombie, Johnny Griffin, Steve Lacy, Phil Woods, Joe Zawinul, Pat Metheny and many more.