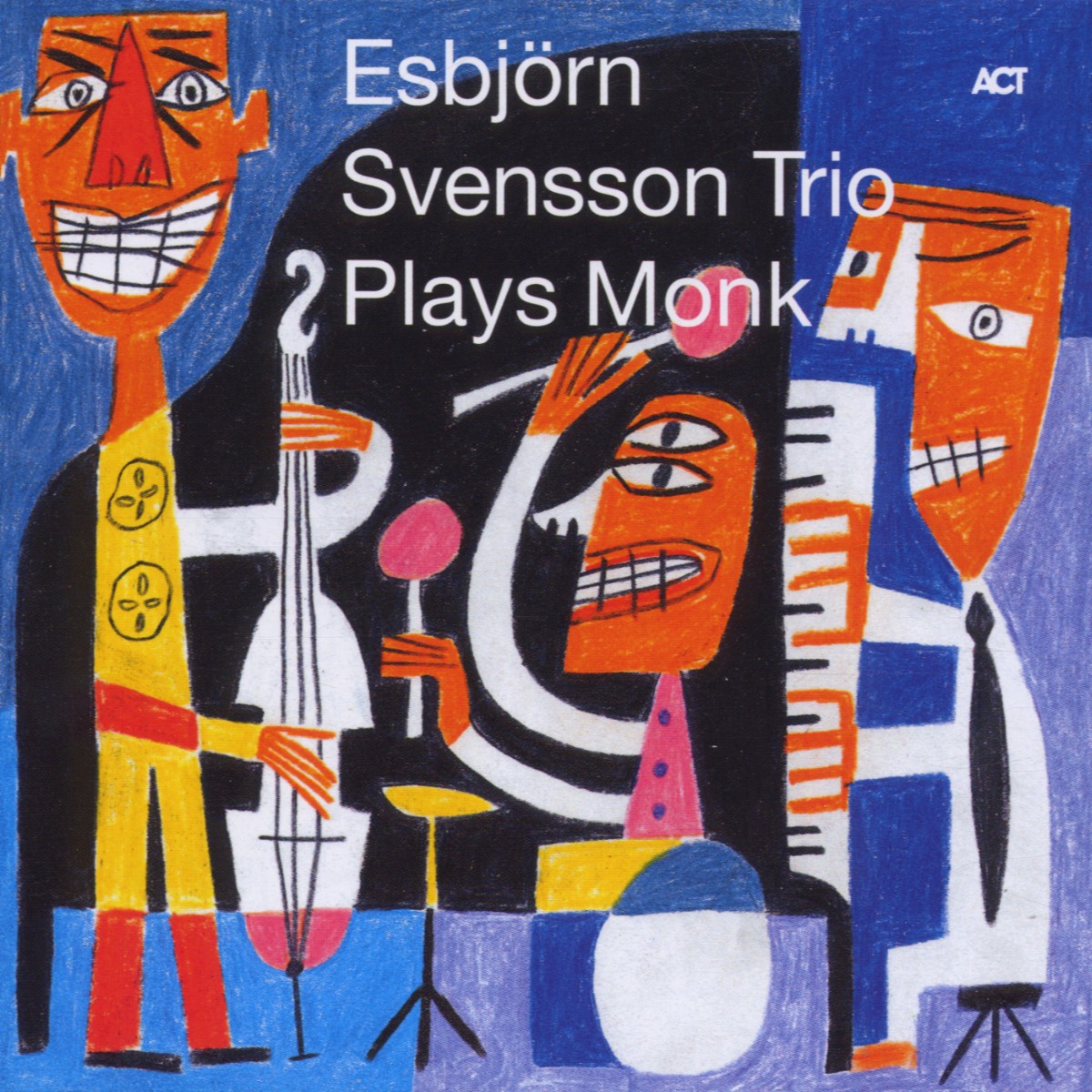 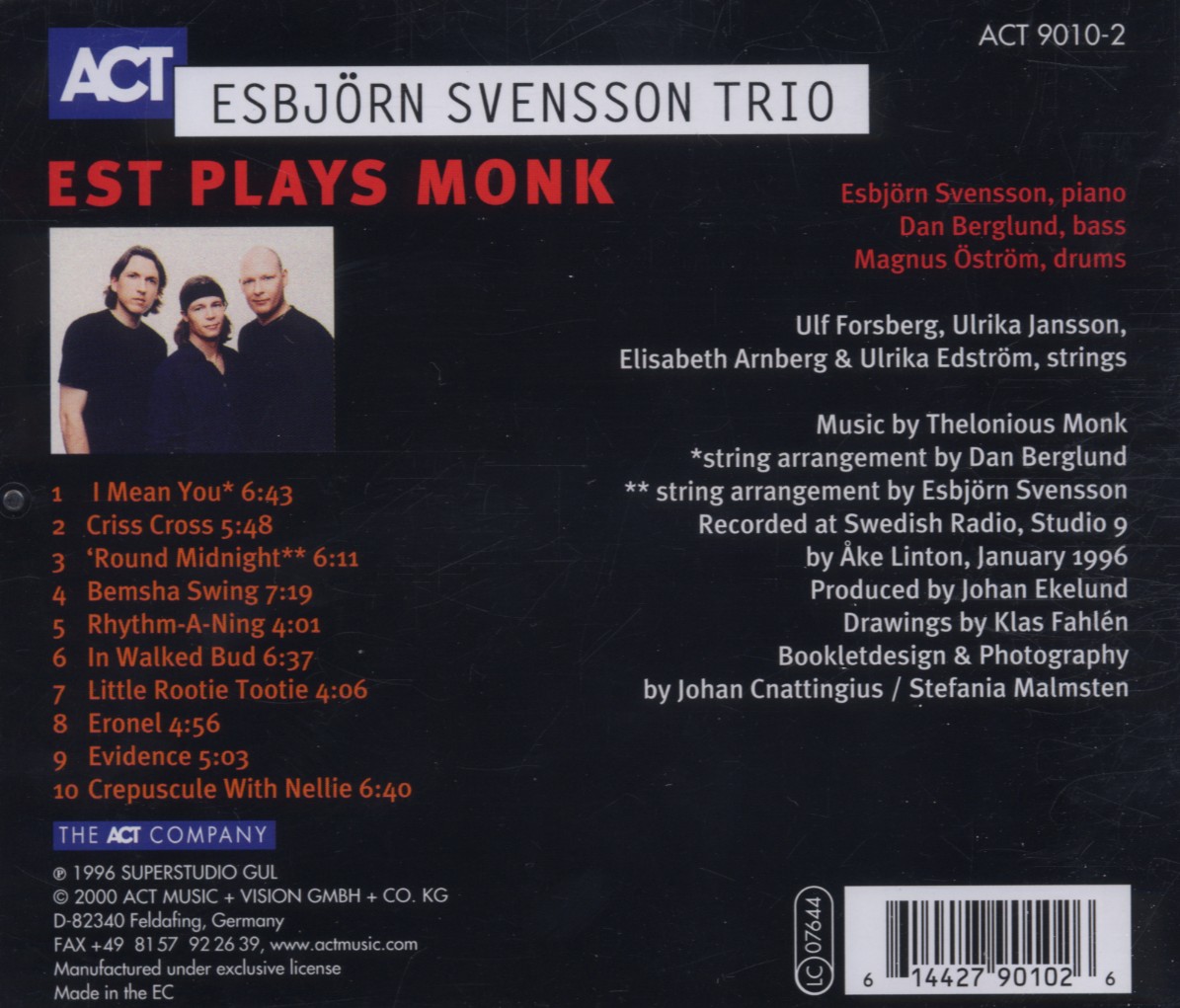 „Plays Monk“ is the telling title of the CD from 1996 by Esbjörn Svensson Trio (EST), now released on ACT. Ten of the most beloved songs by Monk, from nocturnal, lovingly caressing "Round Midnight" to the gay and sprightly "Rhythm-A-Ning", gets here a becomingly shining new colour. In EST, who previously has released some critically acclaimed albums - "From Gagarin's Point Of View", "Winter In Venice" and lately „Good Morning Susie Soho" - we have Magnus Öström on drums, Dan Berglund on double-bass and, of course, Esbjörn Svensson himself, who was an infant when he practically learnt to walk to the sound of "In Walked Bud".

„My father was and is a great jazz lover. So I was very young when I first came in touch with Monk's music. He is the kind of composer that cannot be avoided“, says Esbjörn Svensson. The music of Thelonius Monk is a peculiar mixture of simplicity and and complexity; of larguorous ballads and rhythms turned inside out. The music is a challenge. „You can always give it your personal touch“, explains Esbjörn.

On "Plays Monk" you notice this over and over again. EST has for instance made is own interpretation of the classic "Round Midnight", complete with a new string arrangement signed Esbjörn Svensson. The haunting string section is played by four members of the Swedish radio Symphony Orchestra. Both Monk and EST have a common determination to go beyond the sometimes rather narrow items of jazz music. This is noticeable if we take a look at the musical past of the trio, who has played with such diverse luminaries as Rebecka Trnkvist, Nisse Landgren, Svante Thuresson, Lisa Nilsson and Louise Hoffsten. This is definitely a trio who seeks challenges; who wants to try the unexpected. And the spirit of Monk is certainly here, hovering over the recordings that were made together with a producer we do normaly not connect with jazz:

Johan Ekelund, who is probably most wellknown as one half of the successful soulpop duo Ratata. „He brought fresh ideas into this project. I certainly hope we can record together gaian“, said Esbjörn, who doesn't want to label himself as ab inventerate jazz purist. Soul and pop is often playd at home, when Esbjörn Svensson himself is there. E. S.T. is a bunch of regular tour horses, doing frequent gigs both in and outside Sweden. They have played both small clubs and big festivals in many countries, for instance Chile, Spain, France, Belgium and Germany. And they have won the hearts of both fans and hardened critics. After all, the album is called "Plays Monk" - a meeting between talent and geniality. The result? "Rhythm-A-Ning", pure and simple!